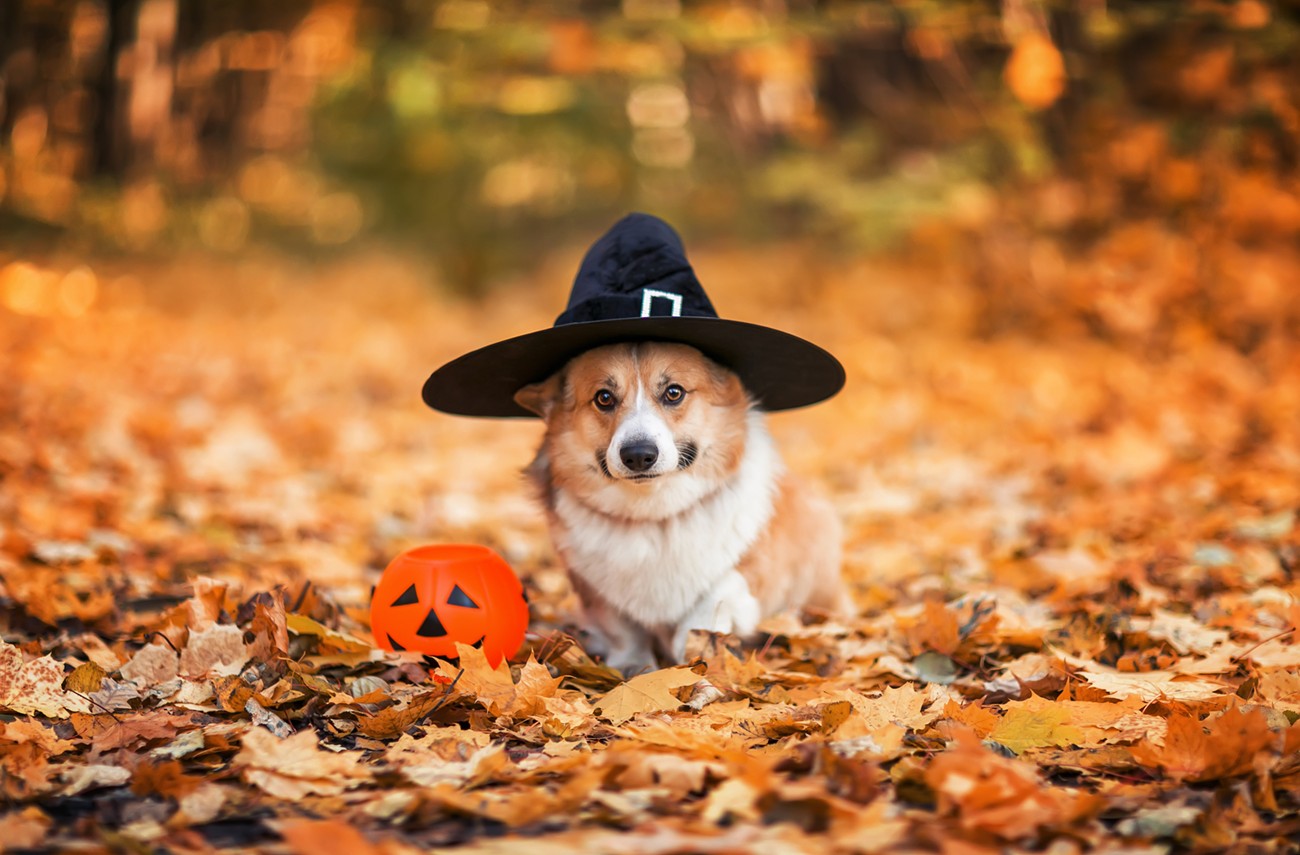 This dog may not look scary, but inside his pumpkin is a reminder that you forgot to pay quarterly taxes last month. Nataba/Getty Images

Over 150 people are dead after a stampede in Seoul. Around 100,000 people were present for Halloween celebrations in the Itaewon neighborhood, jammed into tight alleys where movement became impossible and many slipped underfoot or got crushed against walls. At least two Americans are among the dead. A national period of mourning has been declared through November 5. Here is advice for surviving a stampede.

That was a close one. The new president of Brazil will be Lula de Silva. He narrowly beat out Trump ally and habitual hospital resident Jair Bolsonaro. South American elections have swung increasingly left in recent years, though Brazil’s legislature remains dominated by conservatives.

I hope your costume involves an umbrella. More rain is heading into the region, setting us up for a pretty damp night of trick-or-treating. It shouldn’t be too stormy, just typical autumn drizzles, but if you’re planning to spend the evening out-of-doors, then you’ll probably be grateful for waterproof boots. And if you’re heading up into the mountains, remember to bring chains.

The Supreme Court is hearing argument on affirmative action. Two cases are before the court, both involving college admissions policies that consider race. The policies were challenged by an anti-affirmative-action group called “Students for Fair Admissions,” which is mostly funded by wealthy conservatives. You can listen to today’s argument live here.

Conservatives attached a bizarre conspiracy theory to the Paul Pelosi attack. This weekend a man broke into Nancy Pelosi’s house and beat her husband, Paul, with a hammer. Mr. Pelosi is expected to recover. The assailant’s online writing reveals a long history of engagement with right-wing positions, and now unpleasant corners of the internet have cooked up a wild, baseless fantasy that the assailant was actually Paul’s gay lover. There is absolutely zero evidence that this is the case, but that didn’t stop Elon Musk from briefly amplifying the unfounded fantasy.

Did you misplace some screws? Somebody’s been spreading screws around at least one local bike path. There are echoes here of a 2016 incident in which tacks were strewn about the bike path on Westlake Ave, and also a 2011 incident during a bike race from Seattle to Portland.

I am down here now dragging around a giant magnet. Also found some on the low bridge bike path. pic.twitter.com/58j3sXt55W

Welcome to Burien. Burien, just north of Sea-Tac, voted to keep an affordable housing program that was set to expire. The city also bolstered local tenant protections. In the future, Burien landlords will be required to provide 120 days’ notice of rent increases over 3% and 180 days for increases over 10%. Late fees are capped at $10, and move-in fees are capped at one month’s rent, payable in installments.

Inslee is lifting the COVID emergency today. As of late August, about a hundred people per day are still getting infected in Washington, a level that King County health officer Dr. Jeff Duchin called “substantial and unwelcome.” But as of today, the state is ending the emergency order imposed back in 2020.

Whose streets? Once again this weekend, motorists slowed down bus commutes and it was up to waiting riders to clear the lane.

None of the cops inside @ClimateArena decided to keep the bus lane clear of cars, so @SeattleKraken fans stepped into the streets to enforce it pic.twitter.com/sELMIQzQOY

It’ll be a nail-biter. Real Clear Politics just switched its prediction for the Murray-Smiley race from favoring Murray to being a tossup. If you haven’t voted yet, here’s the SECB recommendations. Ballots are due next week, November 8th.

This is Halloween. As you know, Halloween is gay Christmas. But why? Well, for one thing, historically it was one of the few occasions on which it was somewhat safer for queer people to dress in non-gender-conforming attire.

Here’s New York Mattachine newsletter (an early gay rights group) informing members the status of those arrested for drag in 1962. The police let them go because….. it was Halloween! pic.twitter.com/SkLOEsjQ8Q

Let the movies begin. The Engauge Experimental Film Festival begins this Wednesday, November 2 at Northwest Film Forum. A celebration of “analog experimental filmmaking,” only films shot on real film are allowed to be shown.

Spooky! Looking for something appropriately haunting to watch? Consider my video about how Elvira became the queen of Halloween. Or my celebration of The Paul Lynde Halloween Special. Or my history of queer vampires. Or get off the Internet and do something useful with your time.