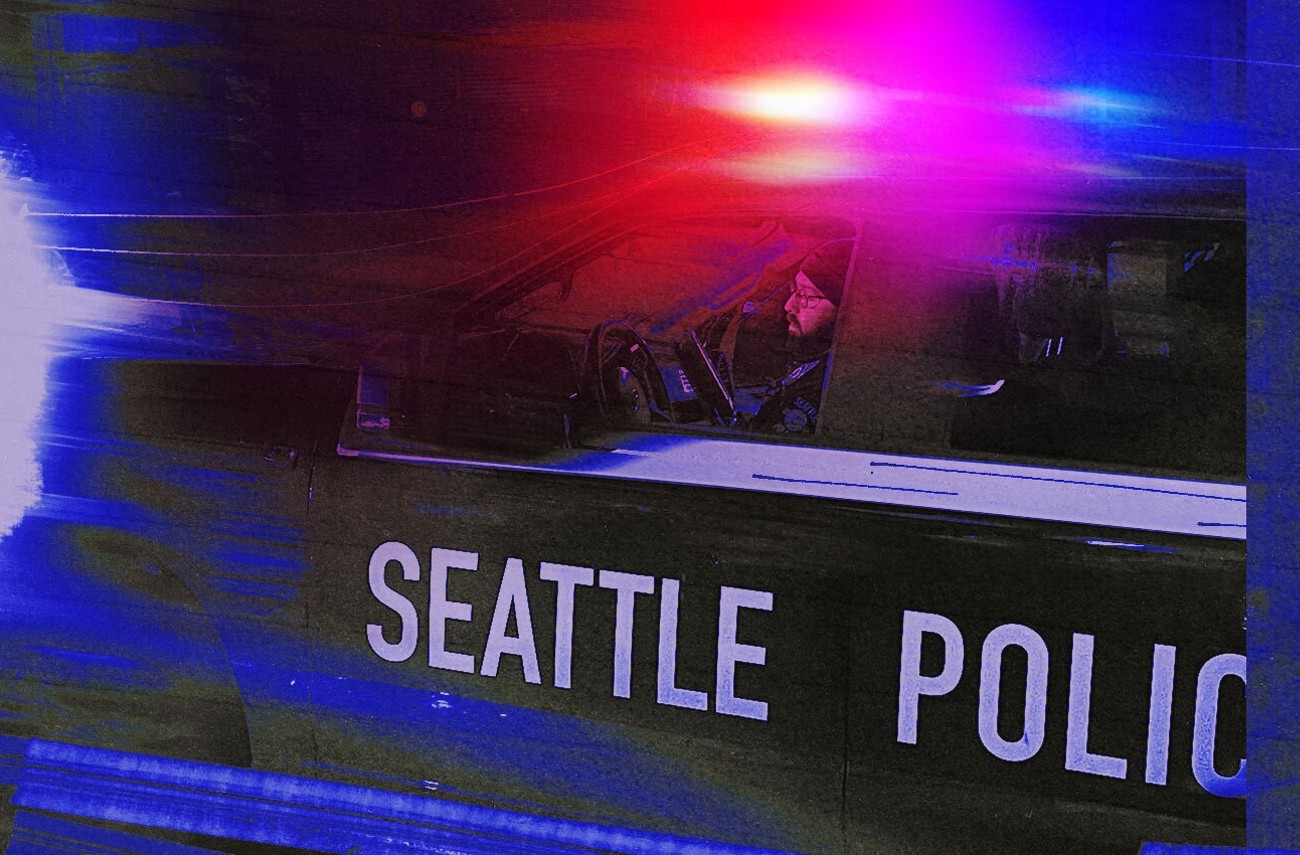 On Monday, a police officer hit a 23-year-old woman with a marked car. She died on Tuesday. RS / KEO

The pope came out: And said “homosexuality was not a crime.” Don’t add this to your gratitude journal just yet—he still thinks being gay is a sin.

King County’s dead body problem: The King County Medical Examiner is running out of morgue space due in part to a spike in fentanyl overdose deaths last year. That problem is expected to continue this year. Additionally, the morgue has finite space, staffing issues, and must legally keep bodies for 90 days. Other morgues across Western Washington are experiencing similar issues, KING 5 reports.

Let the kids eat: Down in Olympia, lawmakers want to expand the free lunch program to all Washington students. Currently, only around 1,200 students qualify for free lunch statewide. During the pandemic, the program expanded so all kids could eat free, but that expansion ended this fall. While the bill has lots of support, naysayers like Jason Perrins, superintendent of the Chewelah School District in Stevens County, think this will teach people to “rely on the government” and won’t “build independent citizens.” A government you can rely on? Not in Jason’s America.

Doomsday clock ticks closer to midnight: In case you needed a bunch of scientists to tell you the world was not in a good way, the Bulletin of Atomic Scientists inched their big clock closer to midnight than ever before on Wednesday. We’re now at “90 seconds to midnight,” whatever that means. The scientists ceded some seconds to impending doom “largely, though not exclusively due to” the whole war in Ukraine thing, NPR reports.

The Doomsday Clock was moved to 90 seconds to midnight today, Jan. 24, the closest it's ever been.

The Doomsday Clock is a decades-long project of the Bulletin of the Atomic Scientists featuring a clock face where midnight represents Armageddon. https://t.co/uG9vmchRXK pic.twitter.com/IFM1gmIjjT

Speaking of which: Biden announced he'll give Ukraine more than 30 frontline battle tanks in the country’s fight against Russia. Germany announced it'll throw in some tanks, too.  I don’t know if you’re into tank specifics, but Ukraine’s receiving “14 Leopard A6 tanks.”

It’s now confirmed: A cop with the Seattle Police Department killed a pedestrian with his car. The cop struck a 23-year-old woman, Jaahnavi Kandula, in South Lake Union while speeding to an emergency call Monday night. The woman died from her injuries after being transported to Harborview Medical Center. SPD confirmed they killed the woman in a blog post Tuesday afternoon. Police say they're not treating the incident as a use of force, and they're giving the cop a day off for a mental health break, according to the Seattle Times.

A cozy morning for you: The rains come tonight.

Some fog and mist this morning but an overall quiet pattern today and tomorrow. Rain arrives tonight and lasts through Friday ahead of a cold front that drops south into the region Saturday. Highs will trend well below average Sunday into next week. pic.twitter.com/VkVeCEyebU

Rick and Morty ditches alleged domestic abuser Justin Roiland: Adult Swim called it quits on Roiland, the co-creator of Rick and Morty who voices both Rick and Morty, after Roiland’s domestic abuse charge from 2020 came to light earlier this month. According to NBC, Roiland “was charged with one count of domestic battery with corporal injury and one count of false imprisonment by menace, violence, fraud or deceit in Orange County based on an alleged 2020 incident with an unnamed Jane Doe.” Yikes! The show will go on with Roiland’s roles recast, Adult Swim said, since they’re not even halfway through a deal for 80 new episodes the network inked with the show back in 2018. UPDATE: Later this morning, Hulu dropped Roiland from their projects with him, Solar Opposites and Koala Man.

Why was the NYPD filming Drake concert-goers? New York’s finest found themselves in a sticky spot this week after a video of them recording people leaving a hip hop show at Madison Square Garden went viral. Why were the cops gathering b-roll of a majority Black and brown event? NYPD’s comms people say this was fodder for social media posts about “community events.” Uh, yeah, sure. What are they doing? Gunning to go on the next influencer trip to Dubai? Critics think they’re collecting faces for their surveillance state tech.

Two shot last night on Beacon Hill: Two men were shot near Beacon Hill last night. They arrived separately to Harborview Medical Center with life-threatening injuries, but police suspect they may have been involved in the same shooting.

Mariners fans, rejoice: Beloved announcer Aaron Goldsmith won’t skip town for St. Louis. In my time away from Slog, I sort of became a baseball fan. I know, I know, me and the rest of Seattle. Whatever. Go Ms. Anyway, Goldsmith is a real highlight of the whole Mariners fandom thing, and those jokers over at the Cardinals almost snatched him up for a broadcast gig in St. Louis, Goldsmith’s hometown. Goldsmith withdrew his name for the role saying, “Seattle is where I’m supposed to be.”

I was fortunate to grow up on St. Louis Cardinals baseball. It will always be extremely special to me. But after 10 years, I’ve found a new home. Seattle is where I’m supposed to be. And calling Mariners baseball is what I love to do. Thank you all from the bottom of my heart.

Listen to how much this guy loves these Mariners!

2 minutes worth of Aaron Goldsmith calls, so glad he's coming back pic.twitter.com/qU2K1R4AiH

Philly needs lifeguards so badly people who can’t swim are welcome to apply! Now that’s what I call accessibility.

Contestants injured on first day of filming Squid Game reality show: First off, Netflix responded to the success of the Korean drama Squid Game—where people compete to the death—by producing a reality show. Interesting. Squid Game: The Challenge features 456 people competing for a $4.56 million prize. While hopefully people won’t fucking die on this show, they’re certainly hurting themselves. On the first day filming in England’s freezing weather, contestants couldn’t feel their limbs, and one person ran into a wall during a game of “red light, green light.” Netflix "dismissed" claims of "serious injury" as "untrue," according to the BBC.

Olympia is trying to legalize shrooms again: Back in 2020, Oregon became the first state to legalize psilocybin. The Washington state Legislature tried passing a similar bill last year, but critics stymied efforts with worries about "bad trips" and whether the Washington State Department of Health had the bandwidth to oversee and regulate the drug. So, lawmakers will try again this year. I think all the lawmakers should go on a camping trip together and find themselves in the woods with a little push from some shrooms. 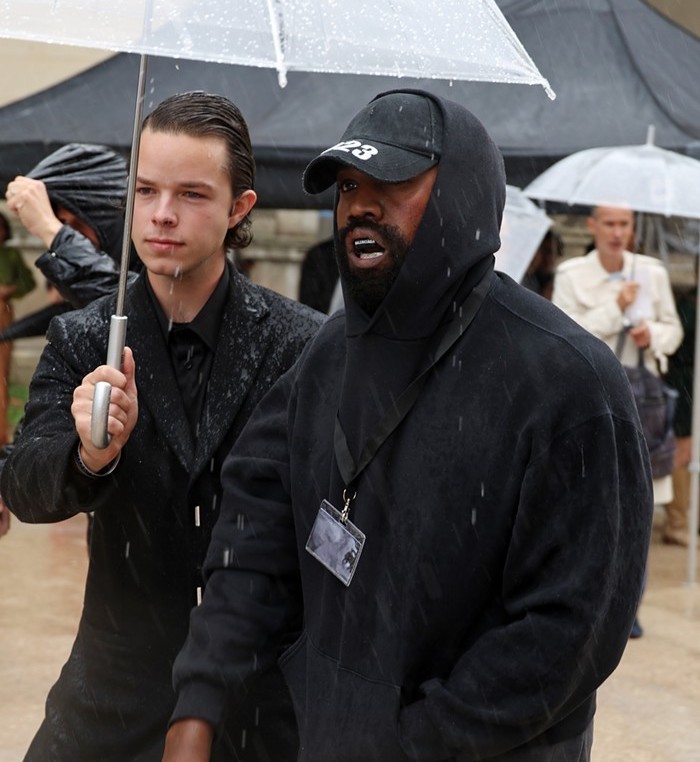 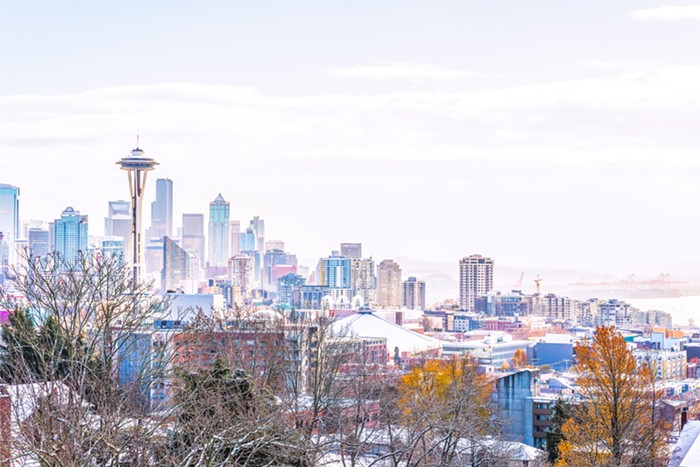