When you go to sleep tonight, know that when you wake up from your dreams, and from your dreams within dreams (that happens all of time), there will be only two days left of weather that's a bit too high but still tolerable. The realness begins on Sunday, and it is expected to continue for much of next week. We will be spared, it is hoped, of the horrible 100s, but the 90s will rule and roast our city, which, for a moment, believed it could escape 2022 without a heatwave.

But at the end of the day, we must blame those who prayed to the god of the sky for more and more sun. Those who damned the clouds, which were rain-heavy up until June. Those who cursed the long January. Well, the Sun God awoke, listened, and answered your prayers. And now look at what's happening. As that jingle for Toyota used to go: "You asked for it, you got it..."

As Will mentioned in Slog AM yesterday, JumpStart, Seattle's itsy-bitsy but graded payroll tax on employers, rather than employees, is, it seems, here to stay. Puget Sound Business Journal reports that the "leaders of the Greater Seattle Chamber of Commerce have [finally, fucking finally] decided to drop its lawsuit against the city of Seattle's JumpStart tax." Councilmember Teresa Mosqueda is the "architect of [this] payroll expense tax," which "sunsets after Dec. 31, 2040." There might be a train to West Seattle and Ballard by that time in the future. Or the world might have already died from too much heat. But today, Mosqueda announced 1,700 units of new or "restored" housing coming online as the result of $80 million from the tax, according to the Seattle Times.

The small picture:
"The State Hospital Association reports that hospitals across the state had a combined net loss of more than $900 million in the first three months of the year." The big picture: Why do hospitals have to make money? When you are stuck in the small picture (or microeconomics), then you have to hear all of this stuff about "hospital expenses outpacing revenue" and "inflation" and "the cost of labor." But why is our health, a matter of life and death, in the market in the first place? Do hospitals want to charge Washingtonians more to live? That's all the market is saying and can do.

After every major mass shooting, this sort of thing happens: "The Mississippi Board of Education has voted to allow individuals with permits to carry guns in the state's K-12 schools." Laws are passed that do not retreat guns to the private realm or even comes close to something that resembles a ban. No, they instead make greater and greater advances into public spaces. This has been the tendency. This fire only makes more fire.

Ignore the rubbish about the inverted bond yield curve. "Wall Street’s most talked about recession indicator" did not result in anything in 2019, when this "traditional warning sign for the economy" also made an appearance. What you should do instead is read some summary of the ideas of Thorstein Veblen and the institutionalist. The mystery of the economic question is not solved by science but an understanding of historical development, institutional frameworks, and, broadly speaking, a state of feelings.

And what was the former First Lady doing on Jan 6? According to The Guardian, "conducting a photoshoot for a new rug for the White House residence." She also refused to condemn the coup attempt. One suspects that the former model wanted to enjoy the lovely rug during her hubby's interminable second term.

In the words of the late and great Glenn Frey: "The heat is on." Two sources informed NBC News that "the Department of Homeland Security’s Inspector General has launched a criminal investigation into the circumstances surrounding the destruction of Secret Service text messages." Those circumstances concern, of course, Trump's attempt to destroy what many considered to be a key part of American democracy: the peaceful transfer of power.  The Inspector even told the Secret Service to stop its investigation of the missing texts. Those days are over. This is now a criminal investigation. And where is the heat, Glenn Frey? "It's on the street / Inside your head / on every beat / And the beat's so loud, deep inside / The pressure's high..."

Now we know why Joe Biden's dog, Major, was biting members of the Secret Service last year. And it did so for "8 days in a row," according to an email read by Fox News. Major didn't need no Jan 6 committee and prime time presentations—the last of which airs tonight—to detect the rotten truth at the core of the Secret Service. His instinct did all of that work for him. I wonder if Major took a piss on that new rug.

Can we get more emails about who Major has bitten at the White House? It could tell us a little more about what's going down tonight:

At Thursday's prime-time hearing, expect the House committee investigating Jan. 6 to again raise one of the enduring mysteries of that day: Why did it take so long to deploy the National Guard? Here's what we know. https://t.co/2kHAmx20Gv

I must end with my old analysis of Glenn Frey's masterpiece of bad 1980s pop: "You Belong to the City": 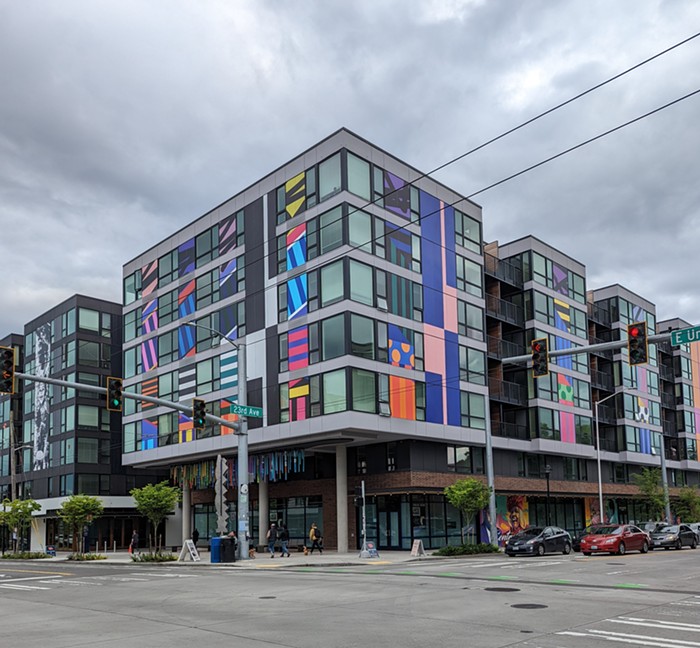