Heat pumps: the wave of the future! Grafner/Getty Images

Aurora Avenue just racked up its sixth death of the year. Congratulations to WSDOT on maintaining Aurora Ave’s record as the deadliest street in Seattle. Nearly a fifth of all traffic deaths in the city happen on this one state-owned road, and to nobody’s surprise, a driver killed a pedestrian there this morning (a man in his 30s who was crossing the road). Don’t worry, though, the city just conducted a survey on how Aurora Ave could be improved, and they plan to start designing some changes next year. I’d suggest erecting memorials for each person killed by drivers, but they’d probably run out of space pretty quickly.

The new Weird Al movie is pretty good! I liked it! A very fun time, with great songs and some of the most startling cameos and fake cameos (shameos?) I’ve ever seen. It’s available to watch for free on Roku, which is apparently a streaming service… or a television channel… or an appliance company… or a movie studio? Whatever it is, I hope they make more stuff like Weird. It should be turned into a live show next!

Bruce’s anti-graffiti campaign really has had a big impact on the city. Just look at that new mural. Beautiful.

Not what you want from your chief of police. Woof, this is a bad situation. A man died of a drug overdose in the apartment of the chief of police in Louisiana, MO. Investigators found evidence bags containing drugs and paraphernalia on the chief’s kitchen table. He’s the only person who had access to the evidence locker.

Speaking of police troubles… The city of Salem, OR wanted to investigate their deputy police chief accused of misconduct. Really, they did! Honest! But they just couldn’t find a qualified investigator. Oh well! The Salem Recorder asked the city to provide documents related to their investigation attempt, to which the city said they’d be happy to provide them… for the low price of $4,200.

Yesterday I got the alert that a heritage tree one of the largest American chestnut on the West Coast had fallen in the storm. Three volunteers, and I went to see if we could collect branches for grafting. https://t.co/mLTgwKg4Jk pic.twitter.com/5fKIPNBF4u

Enjoy your new heat pump. The Washington Building Code Council has ruled that all new homes and apartments must be warmed by heat pumps as of July. The transition away from fossil fuels is expected to reduce emissions by… well… some amount. I’ve been searching for an estimate of just how much of an impact this is likely to have and haven’t come up with anything, so if you have any figures on this please send them my way!

Wow, that was a close call. For a moment there, it looked like Seattle nearly did the unthinkable: accomplished something. A few days ago, a handful of local leaders suggested that they might be open to improving pedestrian access around Cal Anderson Park with a “Superblock,” an arrangement that’s made other cities far more habitable. Superblocks work by adding more turns to the streets, which discourages drivers from using pedestrian areas as high-speed vehicle cut-throughs. But then a few businesses complained, and local leaders have obediently walked back their expression of interest and will probably keep things exactly as they are now, fast traffic and all. Truly, a profile in courage.

An advanced civilization has discovered a miraculous new technology. The French, a society many centuries beyond our own, have harnessed an unfathomable power: somehow, they have discovered a way for humans to position themselves in an upright or somewhat seated pose and propel themselves forward in three-dimensional space through the coordinated motion of their limbs. They typically call it “walking” (or “marcher” in their inscrutable alien tongue), and they have reconfigured their streets to accommodate citizens engaged in this curious, futuristic practice. Could Seattle’s proto-humans someday evolve to the point of being capable of doing the same? Let’s hope not, they might get in the way of me driving a car five blocks to get coffee.

So, you want a better commute? SDOT is running a survey right now regarding bus service on Elliott Avenue West and 15th Avenue West. Specifically, they want to know your thoughts about keeping the lane clear for bus operation, versus clogging it up with private vehicles. Take the survey here to keep the buses fast and frequent.

Republicans love everything about America except the people who live there. Republican officials have filed lawsuits in at least three states, seeking to disqualify thousands of votes. They are, of course, targeting minority areas like Detroit. But today a judge threw out the attempt to disenfranchise Detroit voters, which is at least SOME good news.

Guess we’ll have to order imitation crab, at least until all the fish go extinct. One cause of the recent crab die-off: not enough oxygen in the ocean due to climate change. The water where crabs live has gotten more acidic as oceans absorb more carbon dioxide, leading to a significant reduction in crab populations. Researchers plan to have a more complete picture of the impact on crabs in about four years, if we live that long.

Nice makeover. After a motorist killed a San Francisco resident on a particularly treacherous street, neighbors got together and added their own pavement markings to make the intersection safer. Alas, it would be impossible for someone to do something similar here in Seattle, since pavement-marking tools cost upwards of $40, far outside what any person could reasonably afford, especially when you add the exorbitant cost of pavement paint at 10 entire United States dollars. Impossible!

It took an hour to paint a center island, a stop line, and about 50 feet of intersection daylighting. Ofc we need concrete infrastructure, not just paint. But there’s no excuse not to take this first step. pic.twitter.com/J6gzpXT8UL

No, thank you. The guest on Saturday Night Live this coming weekend will be noted transphobe and self-described comedian Dave Chappelle. Ugh! At least Graham Linehan had the decency to never get hired again.

It's all been downhill since they got rid of pokes. Facebook joins Twitter in planning mass layoffs this week. It’s part of a tech industry-wide trend of shrinking or reducing workforces. Speaking as someone who moved to San Francisco in 2002, right after the first bubble burst, this is all looking awfully familiar. Tech workers, you may want to learn some under-$1 ramen recipes in case things get lean. I recommend a packet of chicken-flavored noodles, briefly boiled and then drained and served with a sauce made of equal parts peanut butter, soy sauce, and mustard. 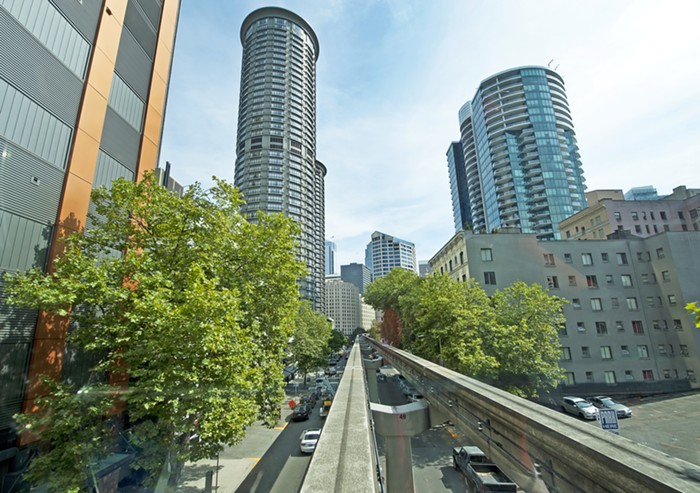