Hope you get stuffed tomorrow in all the ways: Don't do anything stupid. The US Consumer Product Safety Commission made a helpful video on exactly what not to do, though, tbh, they made it look too cool.

ICYMI: On the heels of Sbux shuttering their Broadway and Denny location yesterday, our labor correspondent Conor Kelley spoke with Starbucks workers about how store closures "all followed a similar pattern, one designed to bust up union activity rather than to address safety." Excellent stuff.

The DOJ is calling in former VP Mike Pence for testimony: Specifically, for his knowledge on whether or not Donny T and his posse of goons committed any criminal wrongdoing to stop the peaceful transfer of power after the 2020 election. According to CNN, sources are saying that Pence is "open" to chatting with the Justice Department. If there were ever a time to sing like a little bird and then disappear into the plains of Indiana or wherever the fuck, now would be the time, Mikey.

Still no suspect in the University of Idaho quadruple homicide case: It's been 10 days since the students' bodies were found and cops say they've sorted through over 1,000 tips, but still have nothing to show for it.

In Twitter news: Things are looking not so hot for ol' Musk, a businessman who clearly needs someone managing him at all times. As he's dropping polls on whether or not to allow banned accounts back on Twitter and tweeting conspiracy theories about Ferguson, Tesla shares are down significantly. After paring down the Twitter ranks significantly, too, it's looking like there's a threat of Apple taking down the app from their stores. What a genius!!!!

Elon Musk, the hardcore super genius who works so much he has to sleep on the factory floor, is now on hour 14 of relitigating the Ferguson protests. What a curious use of his time. pic.twitter.com/bOGDXtZVvM

First pediatric flu death reported in Washington since 2019-2020: According to Public Health - Seattle and King County, an elementary-school-aged child died earlier this month from flu complications. In a blog post, the department said they have seen "early, and rapidly increasing flu activity locally compared to past seasons," and urged families to get flu shots as the holidays approach.

Speaking of: WHO and CDC said that 40 million kids missed their measles immunizations last year, and said that the disease is "an imminent threat in every region of the world." Do not play about this—measles is no fucking joke. Protect the children in your life!

More information is coming out about the Chesapeake, VA Walmart shooting: The suspected shooter has been identified as Andre Bing, an overnight manager who'd worked for the company since 2010, reports the New York Times. According to witnesses, Bing came into the break room and started silently shooting; the death toll has increased to six people, with two in critical condition at a local hospital. Walmart's CEO Doug McMillon called the shooting "devastating."

And in Colorado Springs: Anderson Lee Aldrich—whose lawyers say is non-binary—is being held without bond on "suspicion of first-degree murder and hate crimes" and will be formally charged on December 6, reports the New York Times. Meanwhile, a news crew spoke with Aldrich's father, Aaron Brink, who said he "praised" Aldrich for violent behavior and told them "it works. It is instant and you'll get immediate results," but apologized to victims' families. We are so, so broken.

Stop the presses, Washington Post interviewed Dril: In a profile of a lifetime, Taylor Lorenz spoke with the elusive "weird Twitter" prophet Dril. Please read it for yourselves—here's a gift link—but a gorgeous lil' snippet to tide you over:

So far, Dril said, he’s enjoying the spectacle of Musk’s takeover. “Elon seems like one of the classic comedic showmen,” he said. “Everything he does is a comedic bit. He’s always trying to get a laugh, that’s why he makes all his cars suicidal. Just watching everything burn, it’s entertaining, that’s for sure.”

another day volunteering at the betsy ross museum. everyone keeps asking me if they can fuck the flag. buddy, they wont even let me fuck it

Word on the street is that WHO has a new name for monkeypox: And it's—wait for it—MPOX. A source with knowledge of the matter spilled the beans to Politico, who said the news could become official as early as today. The name change came about as a way to destigmatize the virus that has thankfully waned after spreading rapidly earlier this summer.

Renovations coming to Gas Works Park: According to MyBallard, the city is working on constructing a new comfort station, a food truck location, a plaza, and a seating wall, as well as making elements of the park more accessible. In the meantime, the old comfort station, the east entrance, and part of the parking lot have all been closed off for construction. The city hopes to reopen the comfort station by early summer 2023.

Fear not Swifties, Congress is on the case: After Ticketmaster really shit the bed with Taylor Swift tour ticket sales last week, the old geezers over in Washington, DC announced plans to hold a hearing over the monopoly in the ticket sales industry. Can't wait for a whole new segment of society to become extremely disappointed in our political system.

For your listening watching pleasure: Hope you have a happy holiday tomorrow, no matter how you decide to celebrate it. At least you don't have to make an entire meal of only canned cranberry sauce like Sohla and Ham! 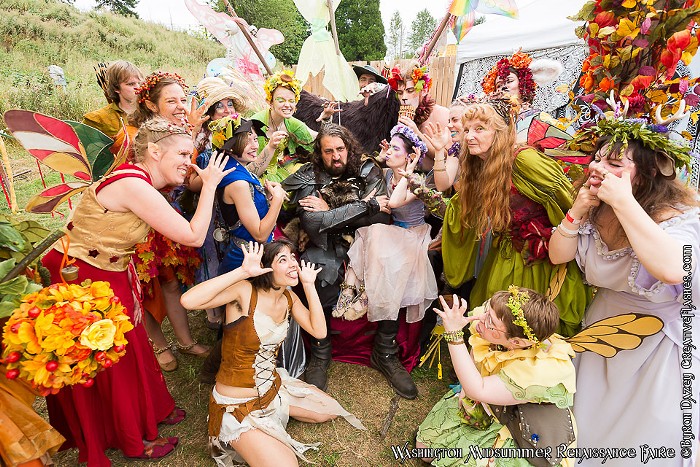