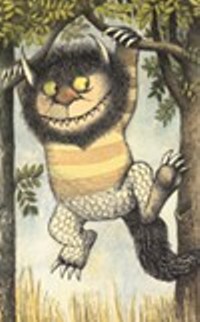 I've never experienced it, AFAIK, so I remain anal-agnostic, which I believe to be a much more sensible stance than assuming that nocutename, et al, are liars.
Chase on May 11, 2016 at 6:50 PM · Report this
5
@3 Sure you do, have you ever experienced someone unexpectedly ramming it in without lots of foreplay, lube or a few gallons of booze to wash down several pot brownies?
iseult on May 11, 2016 at 7:45 PM · Report this 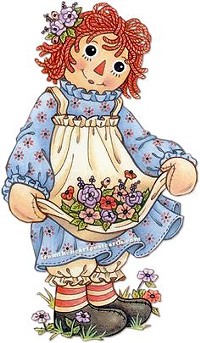 16
Triscuit @9: And the woman in question feels like it was a (repeated) accident. Case closed.
BiDanFan on May 12, 2016 at 4:29 AM · Report this
17
@9: "It can be accidental and still be sexual assault." So if I give a guy enthusiastic head, but my teeth accidentally scrape his cock, because he didn't give consent for me to use teeth, he can then allege that I've sexually assaulted him? He has the right to feel violated? I've been on the receiving end of accidental anal. It sucks, but it's accidental, and I didn't feel victimized by it.
dishevelled on May 12, 2016 at 5:27 AM · Report this 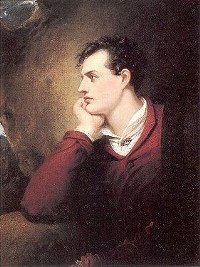 18
#12 - Um-hmm. Pretty much.
This whole subject of ‘unintentional actions are assault' was covered in the ‘Leave it Alone’ thread, worth re-reading. Still damn creepy to read people saying “...now, I’m not necessarily saying that this teenage boy committed sexual assault when he unintentionally came in his pants, but..."
Cat Brother on May 12, 2016 at 5:46 AM · Report this
19
Mr Cat - ah, yes, the LW who wanted to use her friend as a toy and then years later wanted other people to call him a rapist for her because he used her more effectively.
vennominon on May 12, 2016 at 6:31 AM · Report this

21
#20 - I know that one too, but I mainly think of the SCTV ‘Abbot and Costello Run Drugs in Turkey’ sketch.
#19 - I still maintain that what the guy did was totally involuntary; ‘I really want to get off, so I’ll go ahead and come in my pants,’ said no guy ever. Although if guys orgasmed without the mess or refractory period, as women can, they’d be rubbing out all over the place.
Since we’re on the subject of ‘guys doing stuff involuntarily, that is later seen as assaultive,’ let me ask the assembled company: How common is premature ejaculation, a la Fast Times at Ridgemont High, literally blowing in your pants before you can get them off? Never happened to me, and if it’s happened to friends they kept mum.
All of us have stories about being so turned on that we came in seconds after the sex act started, but I have to wonder, is in-the-pants mostly urban myth?
And if any ladies are still wondering, again no, no guy does this on purpose, if it happens he’s mortified and praying to God and Ba’al that you and your friends won’t be splitting your sides over it the next day.
Cat Brother on May 12, 2016 at 7:09 AM · Report this

@9 Assault implies intent. If I trip over a loose cobblestone and fall into someone I didn't assault them. It's a ridiculous proposition to say that any unintentional cause of discomfort to someone can be seen as assault depending on how that someone chooses to feel about it. The person on the receiving end of the accidental penetration can certainly feel violated and have misgivings about future sexual encounters with their partner. Like a monkey on a typewriter, if they keep at it long enough he's bound to write some more Flaubert.
smajor82 on May 12, 2016 at 8:13 AM · Report this 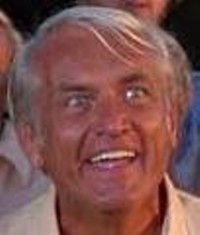 *Warbled either by Joni Mitchell or Judy Collins, take your pick
Iwasnocutename on May 12, 2016 at 9:07 AM · Report this
25
I've accidentally almost stuck it in my wife's butt and almost every time its initially when she's flat on her stomach and I'm going in from behind. We really like that position but the peril is lining up right initially. Luckily there was no actual penetration but it was close. The idea that I would purposefully do that because I'm an asshole is hurtful yet understandable but honestly - think about your partner and whether they're that kind of asshole.
No Excuses on May 12, 2016 at 9:24 AM · Report this 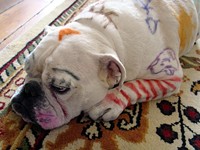 Like @7 and @31, I've given a gentle poke at the wrong spot when my partner was bent over the side of the bed and getting the proper angle wasn't easy to find, but I'm rather thankful I haven't had the experience of full on penetrating any partner no matter our positions or the intensity of the sex.
SublimeAfterglow on May 12, 2016 at 3:46 PM · Report this

Oh and when a woman is on top of a man pulls up off of him and comes down on him wrong accidentally, she can miss, have him poke somewhere there is no hole, bend him and hurt him. This can be very painful, but it's also not sexual assault. It's just another accident. They happen, even to people like you who want to believe you live in a perfect world or that all men are rapists or whatever other bullshit you're trying to believe.
dcp123 on May 12, 2016 at 4:07 PM · Report this
39
For the evidence file: Accidentally going down the wrong side of the "slip and slide" has happened to me many times, with at least 2 guys, both of them larger than average, but not huge. Always in the missionary position, as far as I remember. All but once I redirected them before penetration happened. The one time, I think I subconsciously let it happen (I was drunk, so either I was too slow, or just didn't care), it hurt, but in a good way, and I came instantly (and screamed, which ended the action). It made me want to try anal for real, and I did, with a careful partner and going slow, but most of the time it's not really enjoyable. I guess that one time was just a weird quirk.
janie31 on May 12, 2016 at 4:20 PM · Report this
40
Mr Rhone - I suppose they just didn't have enough to say about music?
vennominon on May 12, 2016 at 8:51 PM · Report this
41
As a married woman, I can guarantee that accidental anal happens. My husband and I can get rather aggressive and there have been COUNTLESS times where I zigged when he zagged, and he didn't end up in the right spot. Sometimes it was too far up, sometimes too far down, mostly to the left or right in a dick snappy time way.
That.hurt on May 13, 2016 at 12:20 AM · Report this
42
okay, one more on the, "it's happened to me" side. I've had it happen and the guy couldn't tell. Literally, did not know until I told him that he was in the wrong hole. It happened just recently with a long-term partner; he was embarrassed when I told him he'd been in my ass, and needed to go shower up before we could continue. I'm a strange bird in that I can have anal with no lube/preparation, so it didn't hurt me. In both cases (happened with another guy, too), I was lying on my stomach and the guy came in from behind, and yes, there was slipperiness going on.
notfromhereeither on May 13, 2016 at 12:24 AM · Report this 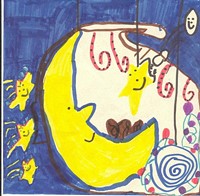 I was surprised how many others said it's most common in missionary. For me, misalignment has occurred primarily from behind when I'm on my stomach, knees, or spooning. Also, for me and not everybody I have learned, sudden unintended no-prep full anal penetration would be difficult and hasn't happened. Misalignment leads to bonking against - not in! - the anus or taint, which still doesn't feel great for either party. It seems like dick-bending would happen before full penetration would.
Ankylosaurus on May 13, 2016 at 5:12 PM · Report this
46
Maybe I'm on crazy pills, but I don't have sex with someone unless I can have a basic conversation with them. Basic in this case meaning "if something isn't right, say something," like the most basic consent.

I've gotten yeast and urinary infections after straightforward PIV though.
Alison Cummins on May 14, 2016 at 9:34 AM · Report this

(And then maybe she pegged Graham Nash right before they split up and decided who had to keep the two cats in the yard...life used to be so hard...)
AlaskanbutnotSeanParnell on May 16, 2016 at 1:28 AM · Report this

52
I'd like to echo what several people have said about using lots of lube. YES, it can happen.
TwitterEgg on May 16, 2016 at 8:17 AM · Report this
53
I'm a woman, and I will vouch for accidental anal. Two large people, one average-sized penis, a lot of natural lubrication and vigorous thrusting... it's really not that hard to end up knocking on the wrong door. It's pretty easy to avoid full-on penetration if your partner slows down as soon as he slips out and you give immediate notice of targeting issues. However, I've had one incident when a guy slipped, I was too turned on to care, and he never realized he was in my ass until after he tried to go back to my vagina and I told him he'd have to change condoms first.
Ubersloth on May 17, 2016 at 11:43 AM · Report this

54
This discussion is the Old School Savage Love I've always enjoyed. Stuff no other columnist, at least of Dan's stature, would spend the time on looking into.
Quincunx on May 24, 2016 at 7:06 AM · Report this
55
Yes, accidental happens - I've done it several times over several decades, almost always as a combination of intoxication, darkness, haste and a hot soapy shower. Yes, I immediately stop (and am mortified) but, well, accidents happen.

The non-accidental type has always involved patience, lube and restraint until something else is requested, so I am aware of the difference.
Thinkerer on May 25, 2016 at 7:01 PM · Report this