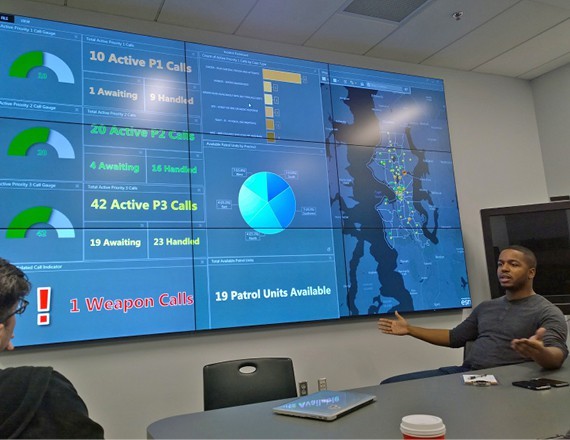 After reporting by The Stranger and pushback from civil liberties advocates, Seattle police have dropped plans to use racially biased 911 call data to predict where to deploy police.

When the department launched its high-tech Real Time Crime Center last year, then-Chief Operating Officer Mike Wagers said the center would enable police to "forecast... what crime should be occurring out there." (Later, he said "forecast" was not the right word.)

The plan was to use an algorithm from a firm called Via Science to set historical baselines of crime, detect for spikes and anomalies, and use the data to inform police deployments. The baselines would be based on years of 911 call data.

The ACLU of Washington said the move would "perpetuate existing institutional racism in policing." Racial inequalities and stereotypes, including distrust in police among communities of color, have a lot to do with who calls 911 and what they report.

In an interview, police analyst Brandon Bouier acknowledged the "inherent bias in the data we're working with." If Via Science's algorithm failed to account for the bias, he said, the SPD would drop the partnership with the company.

Yesterday, inside the Real Time Crime Center, Seattle police spokesperson Sgt. Sean Whitcomb brought me up to speed and said that's exactly what happened. "We're not using Via Science," he said. "You guys brought up some serious concerns."