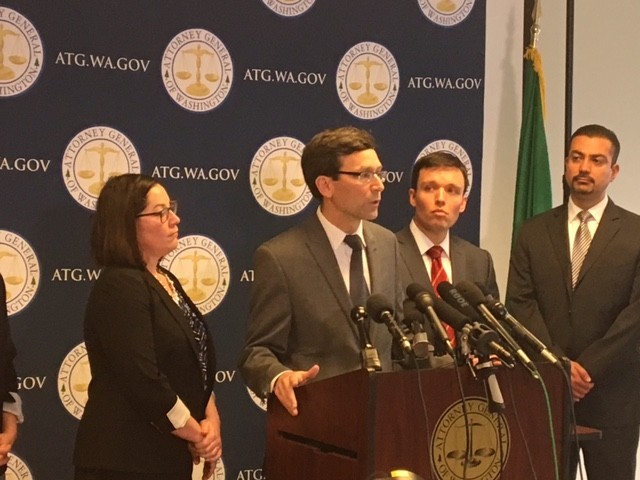 According to the Attorney General's Office, this new rule, if allowed to progress, would impact at least an estimated 1.5 million Washingtonians whose insurance would no longer cover their birth control.

Attorney General Bob Ferguson is arguing that the Trump administration's contraceptive coverage roll-back violates both the First and Fifth Amendments, the Affordable Care Act (which still exists!), the Civil Rights Act, and the Administrative Procedure Act. The state is arguing that the new rule discriminates against women and subjects them to "the burdens of religions to which they do not belong."

Check out the lawsuit here.