Value Village Brings in $1 Billion a Year, and According to AG Bob Ferguson, Gives Very Little to Charity 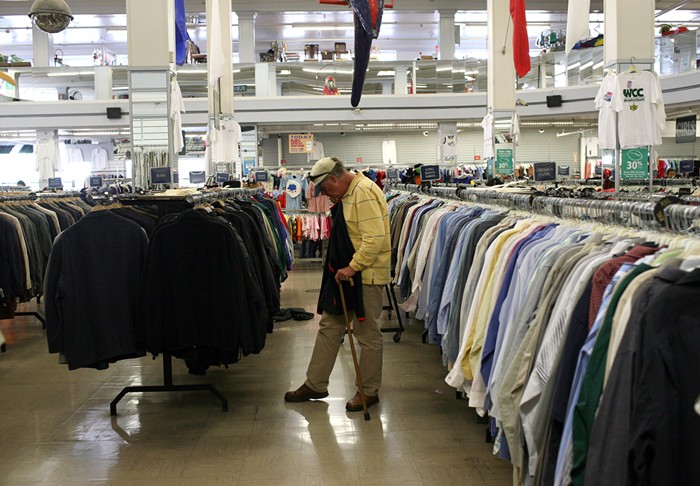 Shopping at Value Village may seem like the right thing to do. The clothes and goods are second-hand, so rather than contributing to a consumerist, throwaway system, you can rest easy knowing that your brand-new used Converse aren't contributing to the ecological disaster that is the fast fashion industry. Plus, they must be donating some of your dollars to charity, right? I mean, it's right there in the ads: “Every time you donate, you help us support local nonprofits.”

Wrong. The largest for-profit thrift store in the world, Value Village—which is owned by Bellevue-based TVI—generates over $1 billion in revenue annually, but they donate just a tiny fraction of that to charity. And, over a decade, Value Village only paid charities for cloth donations, not for things like furniture and other home goods.

For this, Washington Attorney General Bob Ferguson is taking them to court.

In a complaint filed Wednesday in King County Superior Court, AG Ferguson alleges that Value Village has engaged in "widespread deception" through an aggressive ad campaign that misleads both buyers and donors into thinking that all donations and purchases benefit local non-profit partners. In, reality, according to a press release, "no portion of Value Village in-store sales benefits its charity partners, and contrary to Value Village's marketing, for years, some types of donations—including furniture and housewares—did not benefit charities at all. Others provided far less benefit than consumers were led to believe, or did not go to the charity indicated to donors. In many cases, the donations were in reality pooled and shared among multiple charities."

This deceptive advertising seems to have worked: An independent survey that was commissioned by the AG's office as part of the investigation found that 75 percent of Washingtonians in a focus group believe that Value Village was itself a nonprofit or charity, and 90 percent overestimated the amount of money that Value Village actually gave.

“If a for-profit company asked you to donate your couch so it could donate zero dollars to charity, you might think twice and decide to donate your couch to an actual charitable organization,” AG Ferguson said in a statement. “Value Village made millions by deceiving consumers and donors.”

In the words of Stephanie Tanner: How rude. Value Village's parent company TVI Inc. preemptively responded to the suit last week by suing Ferguson, claiming, as KOMO reports, that "his office has violated the company's rights by demanding $3.2 million to settle a three-year investigation." TVI also said the AG's office violated its First Amendment rights by demanding that the company disclose what percentage of its sales go to charities.

Ferguson filed a motion to dismiss Value Village’s lawsuit today, but as the case works its way through courts, you can always choose to vote with your dollars—and your donations.