Your French Bulldog Is an Abomination 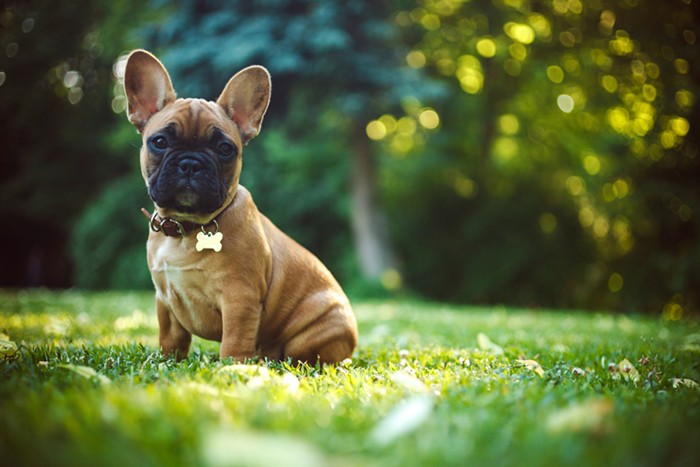 The French bulldog is the fourth most popular dog in the United States. It should not be. Getty Images
Sponsored

This week, the American Kennel Club released its annual ranking of America's most popular dog breeds. For the 27th year in a row, the top dog (sorry) was the Labrador retriever, a good boy if there ever was one. The Lab was followed by the handsome but scary German shepherd at number two, and the Martha Stewart of dogs, the golden retriever, landed in third place.

All of these are fine dogs. However, the fourth dog on the list, the French bulldog, is an abomination. The French bulldog, which was a mere 76th in the popularity rankings just two decades ago, may look cute in sweaters, but it just should not exist.

French bulldogs are poor, wretched, flat-faced creatures whose short muzzles make them born to suffocate. In addition to their breathing problems, Frenchies, as every one of their owners refer to them, have overly skinny hips, which means males can't even mount females for a proper puppy-making sesh the way Dog intended. More than 80 percent of births require artificial insemination and C-section, and have you tried asking a French bulldog if it's okay to stick her with a turkey baster and then slice her open and take her pups out? She can't consent to that.

French bulldogs also have back problems, hip problems, eye problems, jaw problems, skin problems, and teeth problems. They are prone to heat stroke, choking on their food, and, according to my source (Wikipedia), the French bulldog, "requires close contact with humans. As a result, they should not be left alone for more than a few hours because these dogs suffer from separation anxiety if they are alone for too long." So, unless you work at one of those hip, dog-friendly offices that allow farting, snoring, and slobbering at work (the French bulldog's typical state of being), the simple act of going to your job each day could give your beloved emotional support pet a panic attack.

Of course, French bulldogs aren't the only animals with these kind of health problems. Other brachycephalic (short muzzled) breeds like pugs, English bulldogs, Boston terriers, boxers, some mastiffs, Pekingese, Lhasa apsos, shih tzus, and flat-faced cats and rabbits (which are objectively adorable, I will admit) also suffer from health problems, all because humans find smooshed faces cute. They are also more likely to die on airplanes.

Flat-faced breeds are such a problem that, in 2017, the British Veterinary Association took part in a campaign called #BreedtoBreathe. "We need to put a stop to these dogs' wrinkly faces, big eyes, and curly tails—which can cause so many life limiting health problems—being seen as appealing characteristics," the group wrote in a letter to the London Times. "The British Veterinary Association strongly recommends potential owners do not buy brachycephalic breeds; instead we encourage potential owners to talk to their local vet before buying a dog to better understand what may be the best breed for them, learn more about responsible ownership and how to better understand a dog’s needs."

But the increasing popularity of the French bulldog shows that the US, as ever, is farther behind. The good news? Frenchies, the fourth most popular dog in the US, live an average of only 8 to 10 years, so at least their suffering is short. Relatively speaking.