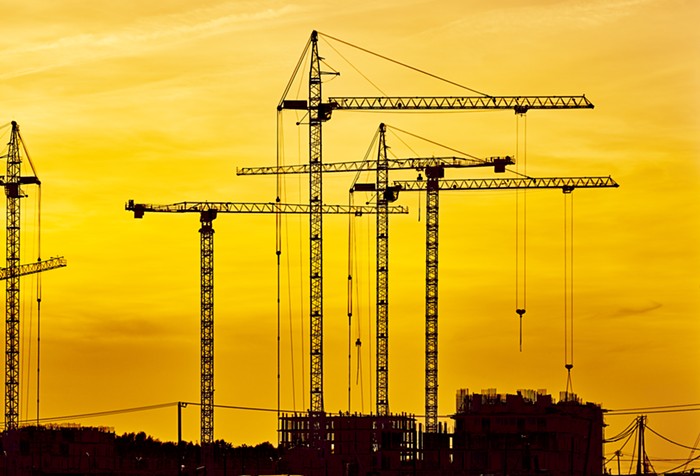 "Take a market-based approach to development instead of a democratic socialist approach." Getty Images
Sponsored

Last week, The Stranger asked whether Libertarians have a solution to the homelessness crisis in Seattle.

We don’t have a single solution, and anyone who says they do is lying. What we do know is a few reasons why things have gotten this bad. We also know how we'd address those challenges: with better policies that will move Seattle in a better direction.

The housing crisis is primarily due to a supply shortage, which has resulted in skyrocketing prices. Thanks, Governor Inslee, for having your team put together the very clear data that shows this.

Until that supply shortage is resolved, no amount of taxing and spending will get us affordable housing for the middle class (who are already $11K/year underwater), much less the poor.

We opposed the “head tax,” as it would have punched the middle class twice by increasing costs of groceries through taxing employers with one hand, while buying housing off the market with the other (not to mention driving living wage jobs out of the city). While “affordable housing” sounds like a good idea, taking residential property off the open market and limiting access to those with low incomes increases income inequality, as developers build more high-cost units to make up costs and no units end up getting built at prices suitable for middle class workers.

We believe that there are a number of ultimately revenue-positive policy changes the city could make that can have dramatic effects on improving the housing supply in Seattle, long term and short term:

1. Upzone. Most of Seattle is zoned for single family homes, creating a massive shortage of land to develop on even as developers are lined up to build more housing. We need to stop straight-up outlawing the housing development needed to meet demand.

2. Permit. Permit delays are unacceptable; by law they should be 90 days or less, but developer after developer has told us normal permitting times are 12-18 months. Nobody wins from this. It's just a year wasted on redeveloping valuable property that could be bringing down prices and freeing up resources for more development. The city needs to do its job and issue permits in a timely manner.

3. Reduce regulatory overhead. We're fine with making sure that nobody is falling through their floor because some contractor cut corners, but we don't need to add $200,000 in regulatory overhead for every single unit of housing. We have smart people. Figure out how to not waste tons more money than every other city—because we assure you, that wasted money gets passed on to buyers and renters. Examples include lowering parking requirements. This would have the added benefit of encouraging more people to move close to transit.

4. Take a market-based approach to development instead of a democratic socialist approach. Market urbanism rocks and avoids getting into the sorts of development ditches that we have gotten into with 1-3. Let bad ideas fail and good ideas thrive. It works everywhere else.

We saw trade unions—ironworkers, plumbers and pipefitters, carpenters, and others—testifying against the head tax. Middle class workers on the front lines of construction and development understand that raising taxes is the wrong approach.

Last week we talked with two local leaders from the local Plumbers and Pipefitters union about their struggles in an open forum, and they shared that there is a shortage of labor across all trade industries. It doesn’t take Jeff Bezos to figure out there’s a huge opportunity to innovate by connecting thousands of people in need of income with apprenticeships leading into stable middle class trade careers. We would be excited to come together with progressive leaders in our community and contribute to a non-partisan grassroots effort bridging this opportunity gap.

We will get the best results when we as a community stop throwing money at bureaucracy, especially a bureaucracy funded by large special interests trying to benefit from it.

This includes the Service Employees International Union, which invested about $70K just to oppose the referendum to repeal the “head tax” (over double the $26K Amazon spent in favor of repealing the head tax). We believe SEIU's spending was all so that the union could get a cut of mandatory union dues from service jobs. It's also worth noting that organizations like SHARE and LIHI, which lost over $1M in city funding last year when they couldn’t show results, stood to potentially gain financially from the head tax.

Money and lobbying shouldn’t buy more money in politics. Our city gets better when we put aside partisan labels and rally together as individuals who care about our communities. Libertarians don’t have all the answers, socialists don’t have the answers, and Republicans and Democrats definitely don’t have all the answers—but we do know the path to finding them starts with choosing to spend fewer resources on fighting to profit from a large government bureaucracy and more resources building solutions together as a community.