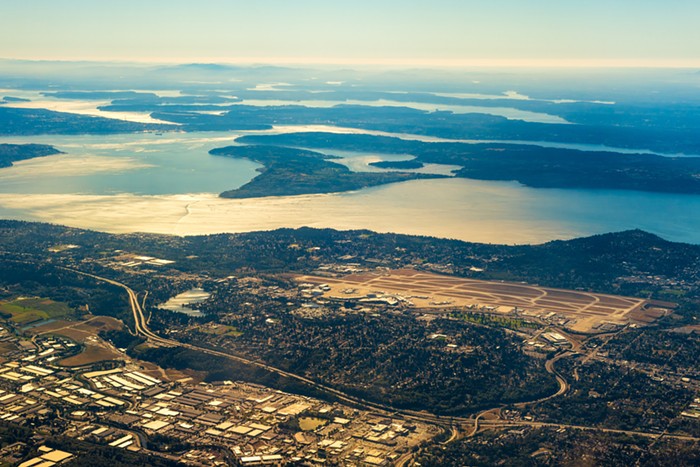 According to Heavy.com, Richard Russell "liked... conservative personalities like Sean Hannity and Ben Shapiro" on his Facebook page. I want to understand what this means in the context of this very interesting exchange that occurred between him and an air traffic controller on Aug 10.

Russell: "Hey, do you think if I land this successfully Alaska will give me a job as a pilot?"
Air Traffic Controller: "You know, I think they would give you a job doing anything if you could pull this off."
Russell: "Yeah, right! Nah, I'm a white guy."

This is very significant, and its meaning only deepens when we consider, with clarity, how Hannity and Shapiro butter their bread. There is really only one thing that these white men say to the ordinary white men who watch or listen to their shows: "Rich white men are not the ones making your life miserable. It is, instead, everyone else: women, homosexuals, blacks, Mexicans, Asians, you name it." What is amazing is only a small number of these people (the others) are found in top political and corporate positions in the USA. This headline, for example, is not surprising: "Kellyanne Conway Couldn't Name a Black Official in West Wing." Nor is this one: "White Men Account for 72% of Corporate Leadership at 16 of the Fortune 500 Companies." In fact, 91% of Fortune 500 CEOs are white men. All of the ten-richest people in the US are white men. We can go on and on like this. Once the data gets started, it's hard to stop it. And yet, powerless people are the ones ruining the lives of ordinary white men.

The brown people are taking their jobs, they are taking their places in the colleges, and they are making loads of money for doing nothing of any social worth. Indeed, one can only be impressed by the extent and success of this social engineering (or social hypnosis). All around you, white men in power; but all your social and economic problems caused by people who are not in power. If you are lifting bags onto and off a plane for minimum wage, and not living the life you see in your dreams, blame above all the powerless.

The black man hustling on the street, the Mexican picking fruits and vegetables for pennies—they are the ones. And how many Mexican American Senators are there? How many black American CEOs? Even the CEO of Alaska Airlines, Russell's last employer, is a white man.

This is simply amazing. Like Lord Wen-Hui in the story of Cook Ding, we all must stand, clap our hands, and say, “Ah, this is marvelous!” These ordinary and working-class white men really do believe that rich white men are the least of their worries. The fact that those in the 1 percent, who are almost all white, now own "more of the country’s wealth than at any time in the past 50 years" means little to them. They want a wall. They want a Muslim ban. Yes, this is as close as we are ever going to get to Jedi mind tricks. And there is a whole major party and news network devoted to the production and non-stop dissemination of these very effective tricks of social hypnosis. And to top it all off, people like Hannity and Shapiro have themselves become rich white men by selling this inverted world to ordinary white men.

This is how we must understand these final words in the final moments of a white man who stole a plane and placed the lives of thousands upon thousands at risk: "Yeah, right! Nah, I'm a white guy."