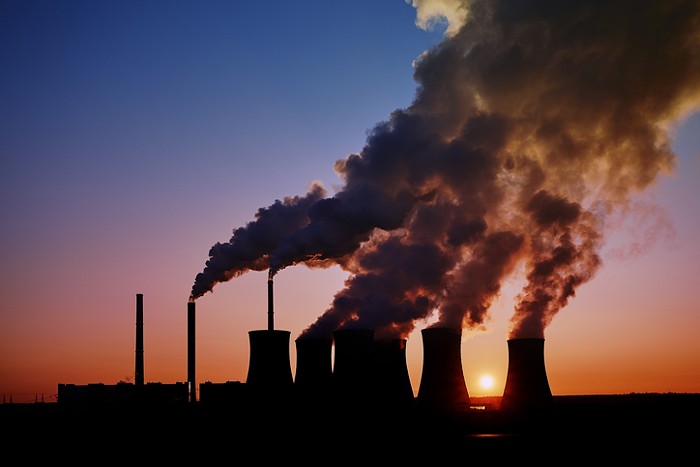 Pay up for your pollution, please. kamilpetran/Getty Images
Sponsored

Congresswoman Pramila Jayapal and a coalition of tribal leaders are putting their weight behind a state initiative that would create a carbon fee, just as big oil launches a $15 million mission to defeat the measure. Of the money raised for the opposition, 99 percent of it has come from out-of-state oil and gas interests.

Initiative 1631 would charge polluters for each ton of carbon they emit, and then invest that money in lowering the state’s carbon footprint. If it passes in the November election, I-1631 would charge carbon emitters $15 for every metric ton emitted starting in 2020. That fee would increase $2 annually until the state’s greenhouse gas reduction goals are met. It will also add 14 cents at the pump for consumers. The revenue from the fee would fund programs and projects related to the environment—70 percent would go toward clean air and energy, 25 percent would go toward clean water and healthy forests, and 5 percent toward healthy communities.

It’s a grassroots initiative that has a wealth of diverse support from labor, environmental, social-justice, and tribal interests.

Today, tribal leaders such as President Fawn Sharp of the Quinault Indian Nation and Chairman Tom Wooten of the Samish Indian Nation joined with Rep. Pramila Jayapal to address their opposition.

“I’ve spoken to some of the [petroleum] lobbyists who tell me they know they have to make this transition but they’re trying to push it out as long as possible,” Jayapal said Tuesday. “It really creates an urgent crisis for our planet and for people’s health. I think for them it’s about preserving profit, unfortunately.”

The First American Project is a newly formed political action committee launched by several tribal leaders. The PAC is committed to climate action and includes a coalition of tribal leaders and communities of color. Its first rallying cry is I-1631, an initiative they helped write.

“As the leader of a Washington Tribe of climate refugees whose ancestral homelands are being flooded by sea level rise, I am calling on Washingtonians to reject Big Oil’s attempt to keep Washington State from enacting I-1631’s practical, scientifically sound policies to protect our communities from climate change,” Sharp said in a press release.

The money raised by the opposition is mostly going into aggressive negative ad campaigns. The ads are attacks that often twist and misrepresent information about the carbon fee, Wooten said.

“If companies like Chevron or BP think they can secretly mislead Washington’s voters and get away with it rest assured we are going to shine a light on their behavior and hold them accountable by all available mean,” Sharp said.

The Western State Petroleum Association has organized the opposition. They claim the carbon fee is a regressive tax on consumers and that it’s not strong enough on greenhouse gas emitters because it exempts big emitters like Boeing and a Centralia coal plant (which is already on its way to being shut down in 2025).

This carbon fee will be the first of its kind in the world. Washington will be at the forefront of policy again. And, just like weed legalization and the minimum wage boost, this legislation is expected to make waves at a national level, possibly leading to more carbon fees and taxes in other states.

“Big oil recognizes Washington state represents that tipping point,” Sharp said. “Once we take practical action other states are going to follow. This is a point in time where Washington state is going to make history.”

But, as it stands, big oil has raised at least twice as much as the initiative’s backers, according to filings with the state’s Public Disclosure Commission. Matthew Randazzo, the Executive Director of the First American Project, said despite Big Oil’s funding he is confident Washingtonians support the initiative.

“The one thing we have is that there are 370,000 Washingtonians on our side,” Randazzo said. “People in Washington know climate change is real.”