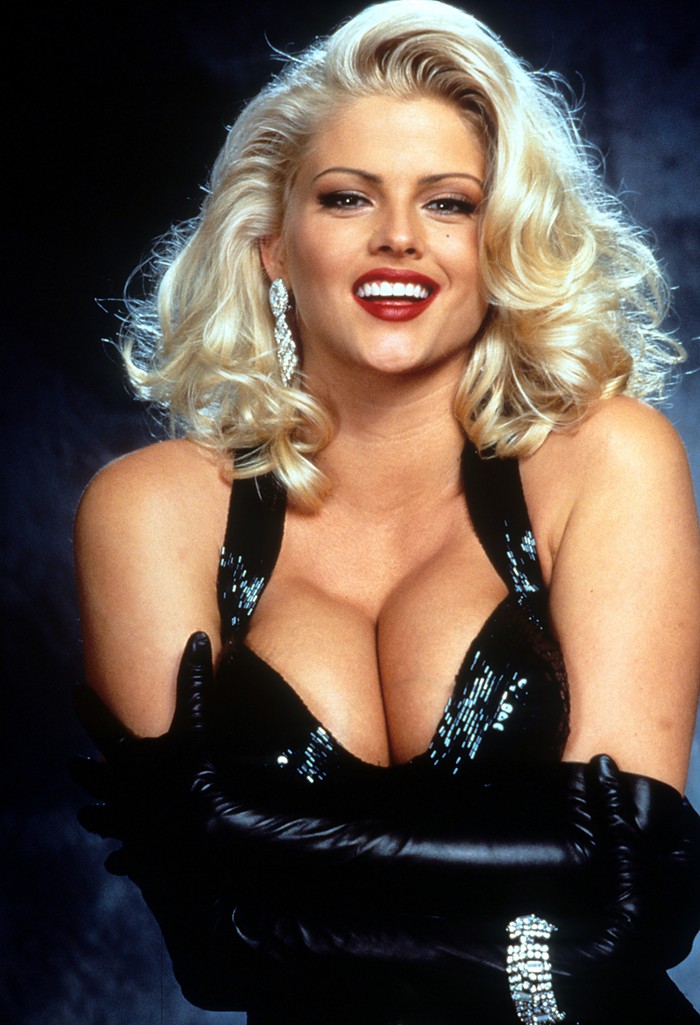 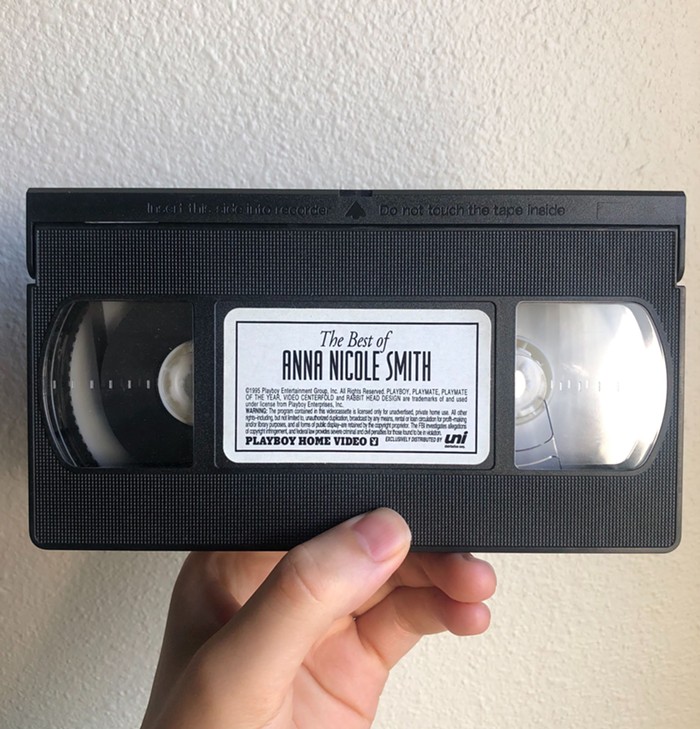 Rare and porny. CB
Model, Playgirl and Camp icon Anna Nicole Smith is often remembered as an American tragedy. We like to define her by her drug-use and marriage to 89-year-old billionaire J. Howard Marshall. But there are many ways to eulogize Saint Anna Nicole, and one of them is Playboy’s rare and porny The Best of Anna Nicole Smith.

The plot traces Anna Nicole’s story from its origin in Small Town USA (her old rural haters get interviewed while she twirls down the town's main street, flashing her pussy) to her first big career climax when she became 1993’s Playmate of the Year. She was ultimately treated cruelly by the press—as the tape's announcer dramatically says, “She’s a woman who profoundly understands the gamble of living out your fantasies"—but the film crystalizes Anna Nicole and her world-class tits in the optimism of the mid-90s. It's sweet. A true pornographic artifact. CHASE BURNS

Available in my living room. 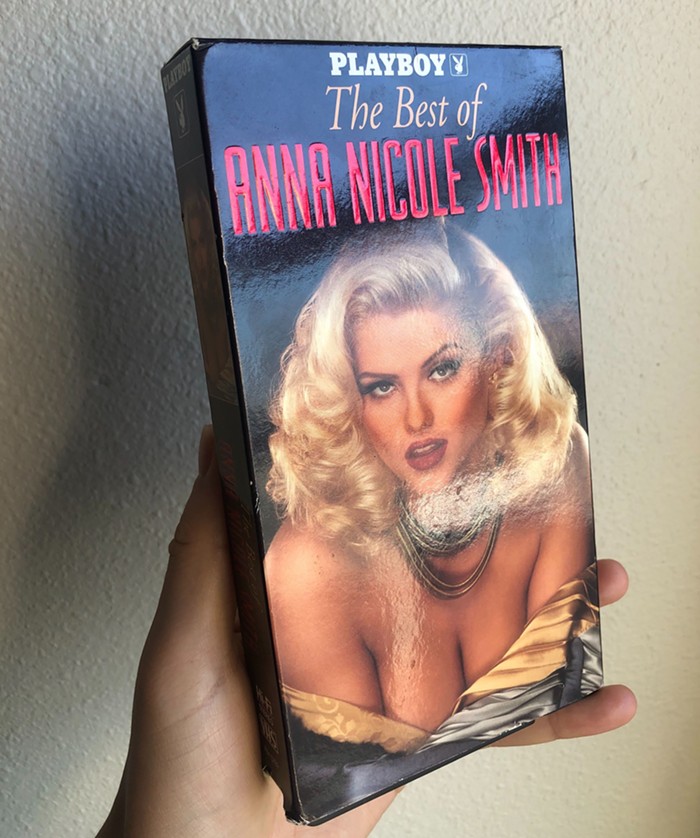 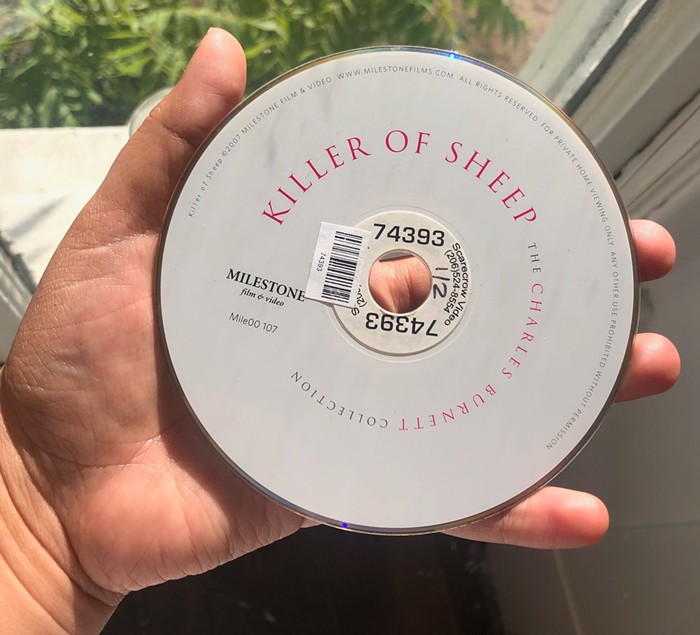 Take this title literally. Jasmyne Keimig
My first encounter with Charles Burnett came as a result from knowing another Charles in my life: Mudede. My colleague wrote that the Los Angeles director's To Sleep With Anger was the best black-American film of all time, right before hosting a screening of the film at Northwest Film Forum back in February. It is truly fantastic.

Killer of Sheep is Burnett's first feature-length film that loosely follows Stan, a slaughterhouse worker, and his existential angst and disconnect that comes from providing for his family with a job he hates. "You never smile anymore. I used to think you just were tired," his wife tells him at the dinner table while he stares wordlessly into the distance. "Don't nothin' wanna make you smile?"

Don't go in expecting a tight storyline. The film is composed of sometimes confusing vignettes of black working-class life in Watts (where Burnett grew up) in the '70s. It's a complicated, collage portrait that doesn't provide answers, only brilliant reflections. Burnett made the film for $10,000 over a series of weekends in 1972 and 1973. He then submitted it for his UCLA School of Film MFA thesis in 1977.

Killer of Sheep remained in relative obscurity for nearly 30 years due to the degradation of the actual film and the need to secure over $100k in music rights (the original soundtrack had black artists like Dinah Washington, Paul Robeson, and Earth, Wind, and Fire on it). The film was re-released in 2007 (Steven Soderbergh dropped some $$$ to make it happen) to critical acclaim, shucking it of its "lost classic" status to a "currently unstreamable" one. JASMYNE KEIMIG

Available for rental on DVD at Scarecrow Video, Seattle Public Library and an illegal YouTube stream.
***
Collide-O-Scope: The Best of the Worst
USA, 2007, "Just enjoy it" min, Dir. Shane Wahlund and Michael Anderson

I should've watched this years ago. Chase Burns
I have a confession. You will clutch your pearls when you read it, but I don’t care. Okay… I went to my first Collide-O-Scope two weeks ago. I know! It’s embarrassing!! I should've gone a long time ago!!! Life happens, I procrastinated, but let me make amends by recommending Collide-O-Scope here.

The biweekly (meaning once every two weeks, like our print paper) Re-bar event smashes found footage into hazy, psychedelic, mad, and gay shorts based around themes like "Hygiene Hijinks" or "Musical Extravaganzas" or "Tough Dames." It's created by Michael Anderson and Shane Wahlund, and while this is probably not news to you—we've been writing about these guys since they started this thing almost 10 years ago—their Best of the Worst DVD is hands down one of the best things to play while you're stoned. The welcome package to Seattle should include this DVD and a pack of joints. Throw it on at parties. Also, go to Collide-O-Scope. The next one is on Monday. CHASE BURNS

I was smoking cigarettes in bed (in my head) while watching this flick. JK
Oof, to be honest, this Claire Denis feature is a bit of a slog. Centered around three characters—Daiga, who is beautiful and fresh from Lithuania looking for an acting job; Théo, a musician who cares for his young son while trying to mend his relationship with his wife; and Camille, Théo's queer, GNC sibling who is in and out of trouble and looks like Basquiat—who all live within looking distance of Montmartre, loosely connected to one another. I Can't Sleep vaguely dissects the effects of post-Soviet Union immigration, class, sexuality, racial divisions and relations, the police state, and ~post-colonialism~. But all in a roundabout, non-definitive way that seems obscure even for French cinema, which (sometimes) favors emotional plots instead of plot plots. You can't win 'em all, I suppose. JASMYNE KEIMIG
Available for rental on DVD at Scarecrow Video.
Comments 2
Tags: Film/TV Unstreamable