No, Seattle Should Not Enforce Helmet Laws

Criminals. EmirMemedovski/Getty Images
This week, the Seattle Times Editorial Board (STEB) continued its 128-year streak of being wrong about everything with an editorial urging city and state leaders to start enforcing helmet laws for people who ride bikes.

The editorial board's motives, I assume, are pure. They don’t actually want the number of cars on the road to go up, they don’t want traffic and pollution to get worse, and they really don’t want to see the local police spending their time and energy on ticketing cyclists when they could be addressing, you know, crime or people sleeping in public. The STEB just wants people to be safe, and riding a bike without a helmet is, obviously, not a great idea. This isn’t Amsterdam, with flat streets and well-established cycling infrastructure and culture. It’s Seattle, where the hills are steep, the visibility is poor, and biking is probably one of the more dangerous activities many of us engage in on a regular basis (maybe even more dangerous than vaping). Talk to cyclists in this city and the chances are they've been hit or had a near-miss.

The inspiration for this particular cold take by STEB was the recently-released recommendations by the National Transportation Safety Board. In addition to recommending better bike infrastructure, mandatory collision-avoidance systems in new cars, and improved reflective gear for cyclists, the NTSB also says that lawmakers should both impose and enforce mandatory helmet laws.

As the NTSB notes, over 850 cyclists died in collisions with vehicles last year in the U.S., and people are far more likely to survive crashes (or, as Elizabeth Warren would call them, “traffic violence”) if they are wearing helmets than if they are not. While there is some (hotly debated) evidence that drivers may give helmet-less cyclists a wider berth when passing than those wearing a helmet, in the event of a crash, a helmet is the best guarantee you won’t end up like Terri Schiavo, and that's if you even survive. Helmets are good, and cyclists, I believe, are better off with them.

But helmet laws are something else entirely. As the STEB notes, Seattle does have a mandatory helmet law; they just don’t enforce it very often. Last year, according to the newspaper, SPD recorded 46 helmet infractions, down from 600 in 2011. At the same time, the introduction of e-bikes and bike-share companies has increased the number of bike trips in the city significantly, and most of those cyclists—80 percent of bike-share riders, according to a UW study—aren’t wearing helmets. And why would they? The bikes don’t come with them and most people don’t carry bike helmets around just in case. But, still, the real issue isn’t bikes, it's that our cities are built for cars, not for people.

“The problem with helmet laws is that they offload safety responsibilities from drivers to cyclists,” says Byron, the mononymous publisher of Bike Hugger and a cyclist in Seattle. Instead, he says, “Focusing on distracted drivers will lower injury and death rates far more [than ticketing cyclists]. Legislators should address the cause, not the effect. I wear a helmet and think cyclists should. I also assume all drivers do not see me because they are distracted. Enforcing helmet laws isn't going to prevent distracted drivers killing cyclists and pedestrians.”

Plus, enforcing helmet laws would likely discourage biking for those who don’t like or don’t have helmets (particularly bike-share riders and people who can’t afford helmets), which is exactly the wrong move when it comes to public health. Cycling isn’t just good for the individual, who gets both exercise and the mood-boosting benefits that come with it, it’s also good for society. Biking takes pressure off the already over-burdened public transit system, and it decreases pollution, climate change, and traffic compared to riding in cars. We need more biking, not less, and giving out tickets to people who don’t wear helmets will impede this.

If the City wanted to improve safety for cyclists, it would be more beneficial to enforce laws against reckless or distracted driving. There are bus-only and bike-only lanes all over downtown that are regularly filled with cars. This is such a common occurrence that a heroic pedestrian was spotted some months ago standing in one of these lanes and directing cars to get out of it. (It became, for a moment, a small movement). Those are the laws SPD should be enforcing.

Seattle’s biking infrastructure has certainly improved in recent years, but there are still unprotected bike lanes, disappearing bike lanes, and no bike lanes all over the city. At the same time, cars have gotten larger and more deadly, drivers have gotten more distracted, and traffic is getting worse, in part thanks to Uber and Lyft. Those are issues that city leaders can and should address. Enforcing helmet laws, as the Seattle Times Editorial Board recommends, wouldn’t just be a distraction from real solutions, it would, in the end, just make the city’s ample traffic and pollution problems that much worse, which will be bad for everyone, not just the cyclists. 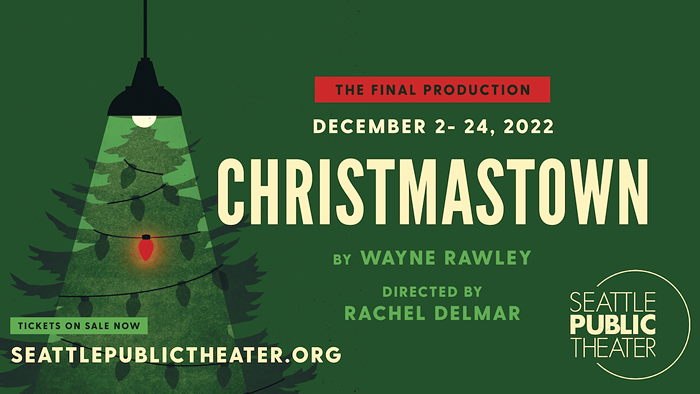 The Stranger Is Hiring a Social Media Manager!