Slog AM: How Did Closing Seattle's Parks Work Out? And Will Dr. Fauci Be Fired? 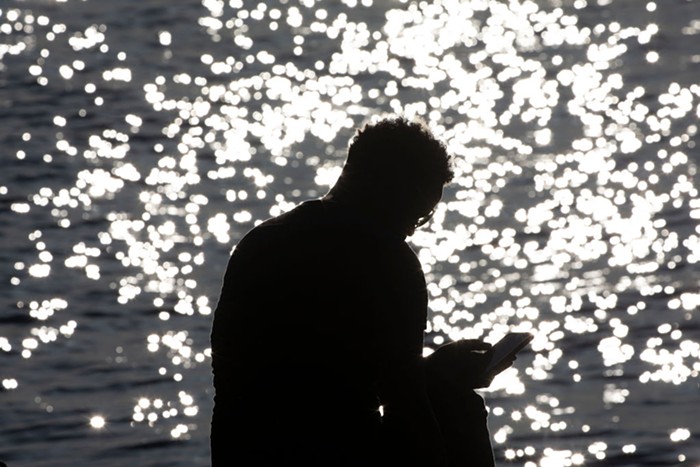 A man sitting on Alki beach. This kind of activity was banned over the weekend to prevent outdoor crowds from spreading coronavirus in sunny weather. Karen Ducey / Getty Images
How did closing Seattle's parks over the weekend work out? The city says it thwarted the kind of outdoor crowds that could potentially spread coronavirus, but The Seattle Times found "hundreds" of people breaking Mayor Jenny Durkan's closure rule. At Alki beach, the newspaper also observed that closing the beach led to nearby sidewalks getting more crowded, which in turn made the beach seem like it might actually be the safer place to go for social distancing.

Pedestrian and bike advocates have been warning about this for weeks and they've proposed a number of remedies for the "dangerous crowding" that occurs on city sidewalks and trails when authorities limit the public's access to parks. The major through-line of these proposals: Seattle has a lot of unused road capacity right now, so why not ease the sidewalk crowding by allowing walkers and bikers to take over certain streets so they can exercise on sunny days at a safe distance from one another?

Are the parks back open now? Yes. For now. But, "the city will evaluate whether to implement [closures] again."

And the weather? Nice all week long.

Mostly sunny and dry weather to continue for the next 5 days. Highs will gradually warm from the mid 50s to mid 60s on Monday and Tuesday, to the 60s and low 70s by Thursday and Friday. #wawx pic.twitter.com/zpyPazbMBm
— NWS Seattle (@NWSSeattle) April 13, 2020

Some Seattle traffic signals are being re-timed to favor pedestrians: It's a response to decreased traffic volumes during the pandemic and Ethan Bergerson, a spokesperson for the city's Department of Transportation, tells KOMO: "It makes a lot more sense to change the signal timing given what we're seeing."

Seattle's homeless residents are filling a Red Lion hotel in Renton: Which raises the question of why it took a pandemic to provide them rooms of their own. "What’s healthier in a pandemic, they say, is also healthier in general," writes David Kroman.

Dr. Anthony Fauci gets a hit-retweet from Trump: What does it mean? Stay tuned for the next manufactured cliff-hanger... Meanwhile, here's the very clear-headed, fact-based discussion that maybe has Trump mad:

The Anthony Fauci of Washington state: He ran this state's response to the Spanish flu in 1918, but he upset powerful people in Olympia by trying to get lawmakers and lobbyists to socially distance. Not long afterward, he was canned.

The Supreme Court will meet by teleconference: The Washington Post reports that next month, "for the first time," the high court "will hold oral arguments via teleconference... including President Trump’s legal battle to keep congressional committees and a New York prosecutor from obtaining his financial records."

Joe Biden has a plan for reopening the country: "First," he writes, "President Trump needs to use his full powers under the Defense Production Act to fight the disease with every tool at our disposal. He needs to get the federal response organized and stop making excuses. For more Americans to go back to their jobs, the president needs to do better at his job."

Vladimir Putin has a plan for getting Americans to doubt science and public health leaders: "A decade of health disinformation promoted by President Vladimir Putin of Russia has sown wide confusion, hurt major institutions and encouraged the spread of deadly illnesses," The New York Times reports.