Slog AM: Seattle Gives a Few Streets to Pedestrians and Cyclists, Lockdown Protesters Gather in Olympia 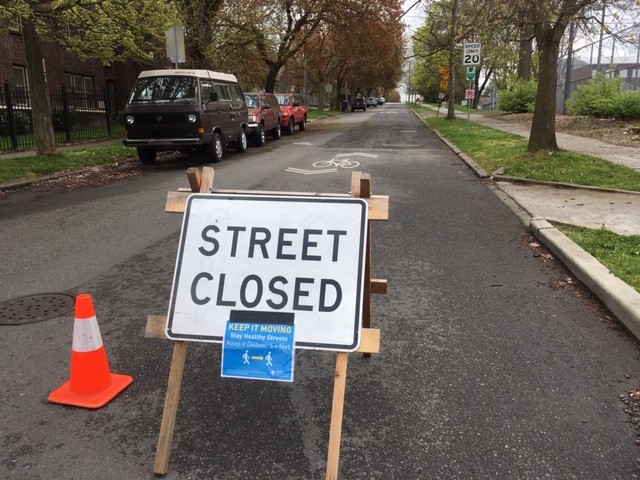 Protesters in Olympia: "More than 2,000 demonstrators, including a GOP state representative who called for a rebellion, appeared at the Washington State Capitol on Sunday to urge Gov. Jay Inslee to lift the stay-at-home order put in place to limit the spread of the new coronavirus," reports The Seattle Times.

These lockdown protests are being organized by a few people using Facebook groups: "A trio of far-right, pro-gun provocateurs is behind some of the largest Facebook groups calling for anti-quarantine protests around the country, offering the latest illustration that some seemingly organic demonstrations are being engineered by a network of conservative activists," reports The Washington Post.

What does Trump think about the lockdown protests? Not a problem, because "They seem to be protesters that like me."

What do most Americans think about the lockdowns? Nearly sixty percent want them to continue, according to a new NBC News/Wall Street Journal poll.

So what's the background of Trump's testing czar? In 2015, he was forced out of his job running a vaccine development program at Texas A&M University, with evaluations telling him he was "more interested in promoting yourself.”

And when could social distancing requirements ease up in Washington state? Maybe by May 18, according to KUOW.

Calls for a sickout at Amazon: It comes as "the company has started cracking down on dissent in its ranks," reports The Seattle Times.

"The driest start to April since Seattle started recording its weather." But, "that’s about to change."

Weather pattern change for Western Washington beginning Tuesday. Westerly flow across the Pacific will bring weather systems into the area every few days. It's been a record dry start to April for some places. Pattern change will make it tough break dry April records. #wawx pic.twitter.com/10OFJOJlsq
— NWS Seattle (@NWSSeattle) April 20, 2020