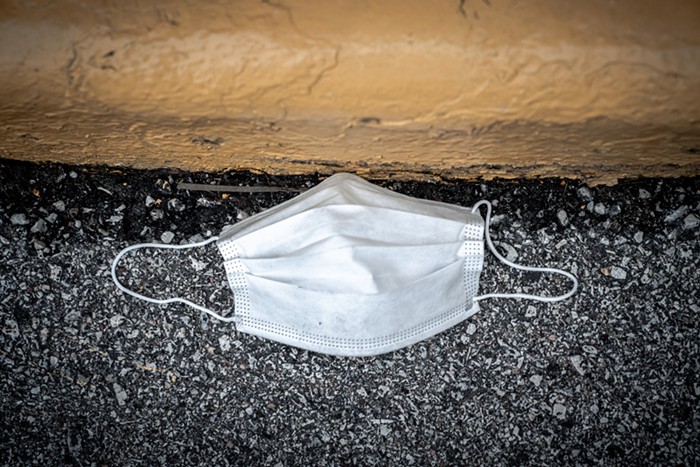 The Black Catastrophe Big Joe/gettyimages.com
It took a few days to get my head around what I saw and heard of George Floyd's death. I watched the life leave his body. I heard him crying for his mother. I saw his head roll about like a broken doll as he was uselessly lifted onto a gurney. He did not pass away in the ambulance. He died on the street. His head pinned to the concrete.
Sponsored

I did not want to talk about the incident with anyone, even my black relatives and friends. Then, on June 1, I finally felt the needed to make some sense of what had happened on the corner of 38th and Chicago Avenue.

My first step was to locate Floyd's situation in an economic context. He was working class, but the working class of our times is not the same as it was 40 years ago. Work back then often paid better and was secure, even for blacks. (Read William Julius Wilson's When Work Disappears.) Work in Floyd's time pays below what's needed to meet the basics of life and is precarious. Also, a racial divide exists between the white working classes and the black working classes. In the Minneapolis area, this divide is exceptional. "The median income for black households," writes Eli Rosenberg of the Washington Post, "is less than half of white ones — $38,200 compared to $85,000." (Nationally, it's around $51,000 for black households and $68,000 for white ones.)

And so we learn that Floyd, a 46-year-old working-class black man, was a bouncer at a live music venue called El Nuevo Rodeo, and he was recently laid off because of the coronavirus lockdown/crash. But before I could make sense of how challenging his economic situation was (bouncers will not be needed until urban nightlife is fully restored, and that could take a year or more), I learned something that I could make little sense of: The officer who is charged with killing Floyd (his knee was on the black man's neck for nine long minutes), Derek Chauvin, also worked security at El Nuevo Rodeo.

Maya Santamaria, former owner of El Nuevo Rodeo, said that both Floyd and Chauvin worked security at the club. She said that the two could have crossed paths, though Chauvin mostly worked outside as an off-duty officer, while Floyd primarily was inside as a bouncer. She wasn't sure if they knew each other.

"Chauvin was our off-duty police for almost the entirety of the 17 years that we were open," Santamaria told KSTP. "They were working together at the same time, it's just that Chauvin worked outside and the security guards were inside."
Now, what is all of this about? El Nuevo Rodeo, which was destroyed by fire during the second night of demonstrations that followed Floyd's murder, was located near Minneapolis' Third Police Precinct precinct, which employed Chauvin and which was also destroyed by fire on the second night of the demonstrations. Did Chauvin not know Floyd? How could they have missed each other? They moved in the same area. El Nuevo Rodeo is only a 10-minute drive from the store, Cups Food, where Floyd allegedly bought cigarettes with a counterfeit $20 bill and paid for this accusation with his life. Chauvin spent 17 years as an off-duty officer for El Nuevo Rodeo. Floyd is said to have also spent a long stretch time at this business. The owner knew both of them. We can certainly expect this new development to expose more surprises about Chauvin down the line.

All of that said, I want to point out that blacks are in a very tight situation at this moment. The Black Lives Matter protests are likely to contribute more coronavirus cases to a pandemic that is far from over and that has killed black Americans at three times the rate of white Americans. In fact, 1 in every 2,000 of all black Americans have died from the virus. (My feeling is a lot of white protesters have not grasped the scale of this catastrophe.) The already tight situation for blacks in the US is made only tighter by the fact that "the percentage of out-of-work black residents outpaces white residents at a rate of about 6 to 1."

This economic reality places an enormous amount of mental stress on black lives. What one can be certain of is that the recovery will take much longer to reach virus-battered black and brown people. And when the inevitable budget cuts arrive, many blacks who cling to the middle classes will be forced down to the working classes, and many blacks who cling to low-wages will fall into the streets. George Floyd was forced to spend the last moments of his life looking at a street.

Black Americans “were disproportionately impacted... with coronavirus. They’re losing jobs at a higher rate than their white counterparts. On top of it now, we see these protests,” @lbarronlopez says on the factors that could influence black voters in the election. pic.twitter.com/0VQJh6tp9T
— CNN Newsroom (@CNNnewsroom) June 2, 2020