Keep Your Nose Inside Your Face Mask, Please 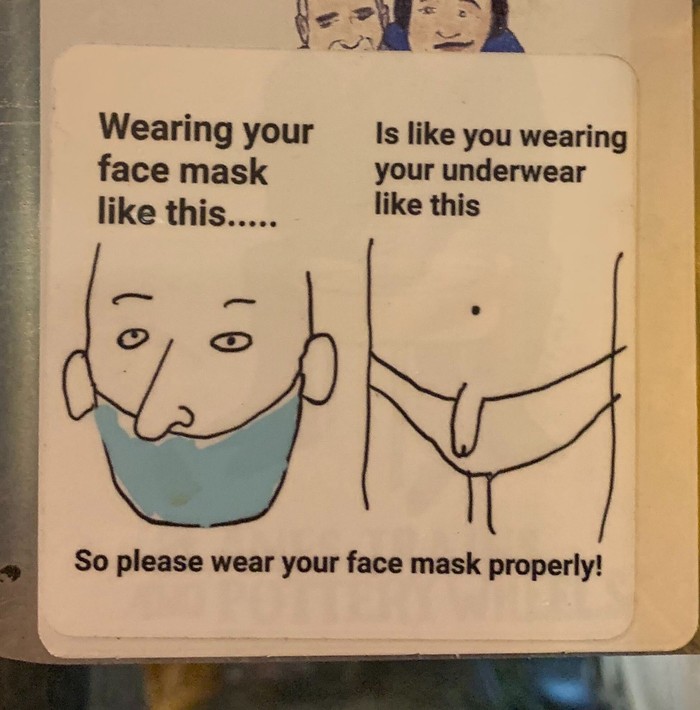 Spotted as I was leaving Capitol Hill Autonomous Zone last night. JK
Ok, definitely a new favorite. I'm also pretty sure I saw this circulating as a meme a couple of weeks ago, pre-protest. I had a good laugh at this one, let me tell you.
Sponsored 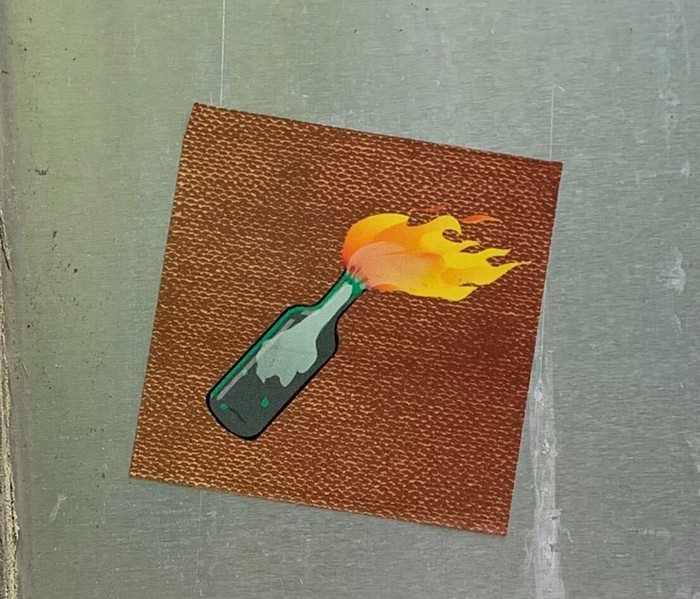 A molotov cocktail mid-flight.
I feel like this sticker has been up for a little while, but it sticks out more to me right now.
"I'm Not in Love With You..." 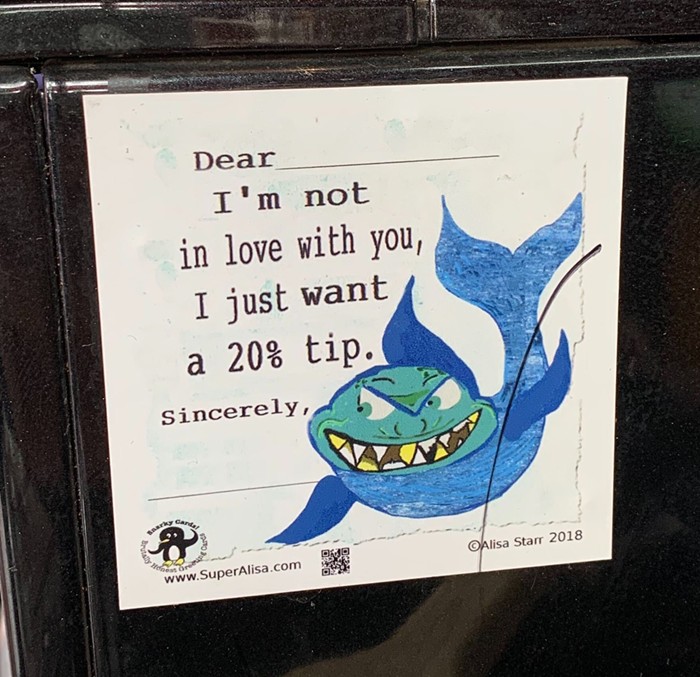 For some reason, I feel like it's very American for this to be specified. Let's abolish tips and pay servers at least 20% more. JK
Spotted on the cash register in Caffe Ladro on 15th Ave. This sticker was made by Alisa Starr and is a part of her Snarky Cards series, which you can see more of here. Please don't forget to tip your servers!
"Defund SPD" 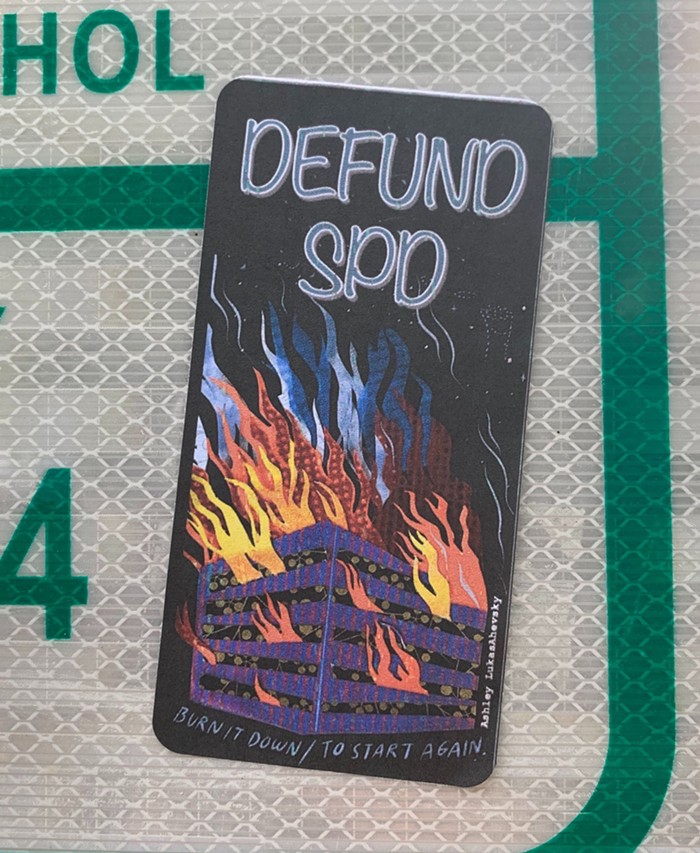 "Burn it down/To start again." JK
It seems like someone lifted the building on fire and words below from Ashley Lukashevsky, an LA-Honolulu based artist and pasted "Defund SPD" over top. At least they credited her. My biggest problem is with the font—I wish the sticker maker would have chosen something a bit more cool. In any case, I spent some time walking around Free Capitol Hill aka Capitol Hill Autonomous Zone and they've lit no building on fire, so far.

More than ever, we depend on your support to help fund our coverage. Support local, independent media with a one-time or recurring contribution. Thank you!
"Commit Crime" 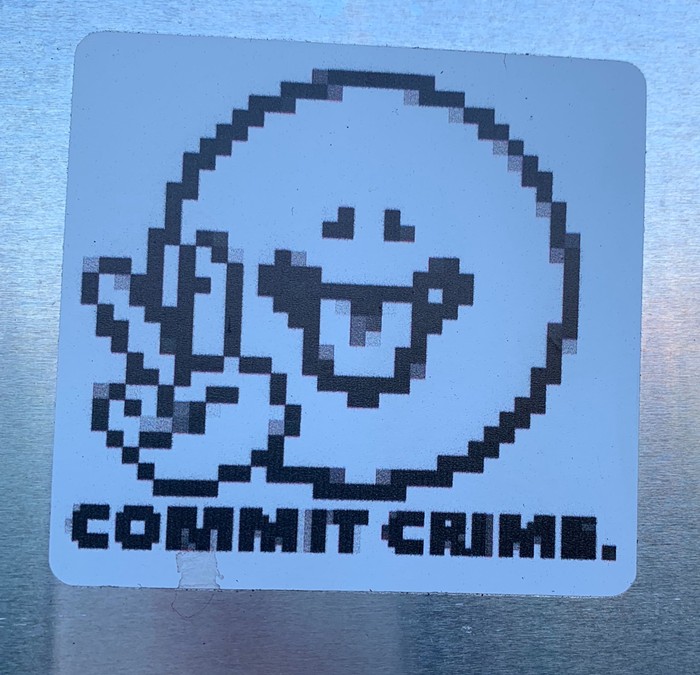 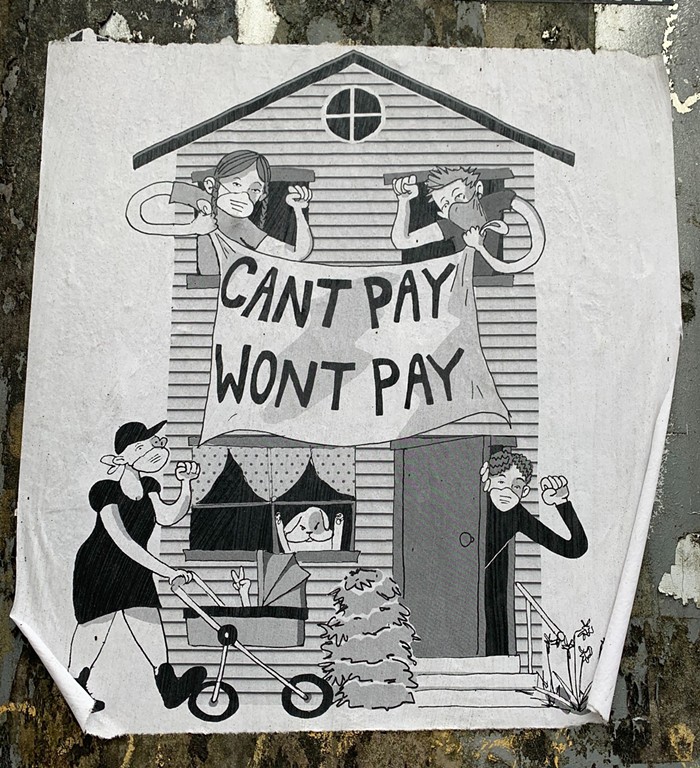 Spotted along Pine, a little before the protests all broke out. JK
I know this sign was created pre-CHAZ, but I'm with this person—now that we're autonomous do we have to pay rent?

my apartment is in the capitol hill autonomous zone so i shouldnt have to pay rent
— brandon (@fairygymleader) June 9, 2020

As always, if any of these stickers belong to you, please e-mail me at jkeimig@thestranger.com.