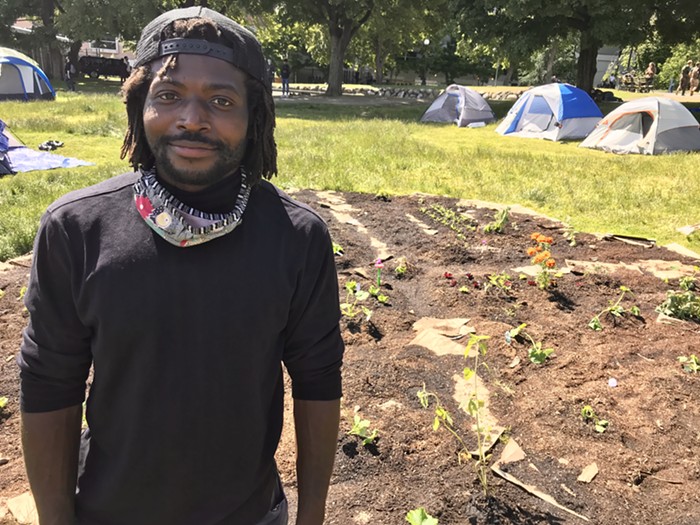 Behind Marcus Henderson, the garden takes shape. (The shape is round.) Matt Baume
Of all the horrors emerging from the Capitol Hill Autonomous Zone, perhaps none is so menacing as the sight of a community garden full of tomato seedlings sprouting inside of coronavirus circles.
Sponsored