China's "Epidemic of Doping" at the 2008 Beijing Olympics 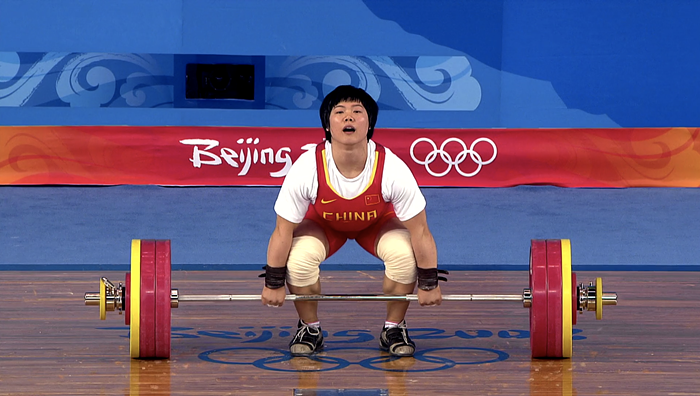 Chinese weightlifter Liu Chunhong lifted over 630 pounds—4x her bodyweight—and broke three world records at the Beijing Olympics. Almost a decade later, her retested urine revealed she was doping. Screenshot of The Everlasting Flame
In acknowledgement of the 2020 Olympics, which would have kicked off in Tokyo this week, the Criterion Collection is streaming its monumental collection 100 Years of Olympic Films on their streaming platform, the Criterion Channel. The collection includes 53 films and covers 41 editions of the Olympic Games, from Stockholm in 1912 to London in 2012. Every weekday for two weeks, I'll highlight a different moment and film from the last century of Olympic films.

The 2008 Beijing Olympics was an emotional, controversial, and expensive experience. The available data—which is notoriously vague—shows that China's showstopping global event cost around $43 billion, making it the most expensive Summer Olympic Games in history. (The most expensive Olympic Game in general, however, was the Winter Olympics at Sochi in 2014, which Business Insider reports cost at least $50 billion. That price tag is remarkable, considering the hotels at Sochi looked like this—although I'm sure the wiretapping was first-class.)

Beijing's budget produced perhaps the most extraordinary opening ceremony in history, with 15,000 performers, epic levitating scrolls, and a controversial project that modified the weather by shooting salt-and-mineral-filled bullets into the sky. But glitzy ceremony aside, the actual games were ultimately defined by scandals. In a wave of retesting done nearly a decade after the events, over 40 Beijing Olympic athletes from around the world were found to have had doping hormones in their system during competition. Many of their medals were stripped. The Chinese weightlifting team, specifically, was accused of an "epidemic of doping."

Cao Lei, Chen Xiexia, and Liu Chunhong (featured in the video above) all won gold medals for weightlifting in the 2008 Beijing Olympics. But their accomplishments were canceled in 2017 after the three athletes' urine tested positive for GHRP-2, a human growth hormone. 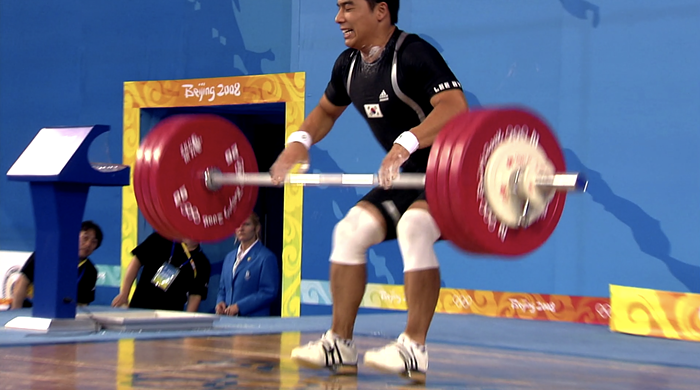 Athen's silver medalist Lee Bae-Young, from South Korea, tore his left calf muscle during the men's 69kg weightlifting category at the 2008 Beijing Olympics. Somehow, he decided to do two more attempts after this. It didn't end well. But at least he didn't dope! Screenshot of The Everlasting Flame
All of these athletes and (un)accomplishments can be seen in Gu Jun's The Everlasting Flame, which is notable for its surprising access into the Beijing games. It's a pretty straightforward doc, often lacking a critical edge (which probably explains its Chinese access), but we get to travel to Jamaica with sprinter Usain Bolt, so that's fun. There's a lot of coverage of Bolt.

The doc's most interesting moment is when it captures the coach of Liu Xiang, a Chinese hurdler who won gold at the 2004 Athens Olympics and who was anticipated to win gold at Beijing, having an emotional breakdown after Liu, a cultural icon in China, unexpectedly withdraws from competition due to an injury. "Since he arrived at the stadium, Liu Xiang has been trying his best," the coach says, sounding like a proud parent. "He had been risking his life—" and then he famously breaks down sobbing. There's no pressure like Olympic pressure. 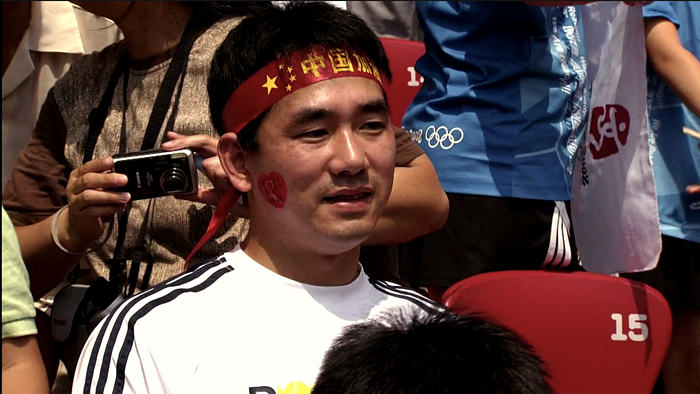 
And, if you have an hour or four, take some moments and (re)watch the Beijing Opening Ceremony: