The New, Rare Position at the Seattle Art Museum 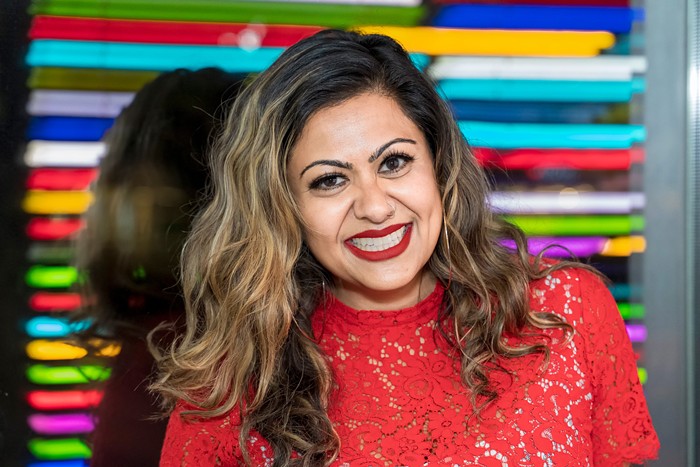 Only three people, including Frank, currently hold the senior management-level title centered around diversity and inclusion. The Phillips Collection was one of the first to add a Chief Diversity Officer to their team in 2018, with the Birmingham Museum of Art following suit in June of this year. San Francisco Museum of Modern Art also announced its creation of a similar position last month, but only after several former staff members came forward to accuse the institution of racism.

While some of these positions may be created as a way for a museum to save face during a crisis or appear more hip during the longest sustained protest of injustice in U.S. history, Frank tells me that her new position has been an "ongoing conversation since December."

Good on SAM, but what does a Director of Equity, Diversity, and Inclusion do anyway?

There's a lot that encompasses it, Frank tells me. The position is primarily grounded in working with senior leadership, communicating with other cultural institutions about their approach to equity, and collaborating with human resources on recruitment and retention of staff.

Frank comes into the position having been at SAM for almost five years, working previously with community programs and engagement. She also founded and chaired the Equity Team, a cross-departmental team that grew to over 40 members from across the museum, where she developed programs like an internship for underrepresented candidates in the museum field and helped establish a permanent fund for equity efforts at SAM.

It was through those experiences that the museum recognized the "growing need" for a position like DEDI, that could solely focus on managing all the attendant parts to the SAM's equity efforts. Frank describes her new role as taking her efforts to "the next level," allowing her to work directly with senior leadership like Director Amada Cruz.

To me, there's an inherent tension with titles like DEDI. They often imply that concepts like diversity, equity, and inclusion should be relegated to just one person who, at best, is obligated to bring up race or gender or accessibility when it should be a fundamental practice for roles across the board. And at worst, meant to reprimand and educate the higher-ups if and when the museum does a Racism. A "diversity cop" if you will.

But Frank pointed out that, thanks to the foundation-laying work of the Equity Team, there's already been an internal culture shift at the SAM. She sees herself as "the connector and the convener" of ongoing initiatives and discussions around equity.

"My responsibility is being in the know and making sure that all of those [groups] are connecting. Because ultimately, it's so important that we're all doing this work together," she said. "Collectively, that's how we're going to be most effective."

Though the museum is mostly in an assessment phase right now, Frank says she's most excited to work with the development department in her first year to build out more resources for equity initiatives—from trainings to internships. "Being able to [have more resources] can allow us to do more things that are needed in a bigger way," she said.

Frank says her approach to doing equity work recognizes the structural and institutional racism built into museums—like, for instance, all that stolen artwork—but uses an "innovative, joyful approach" to having these types of conversations.

"[I] have the opportunity to help create something new and something different. Something that allows for more perspective and more voices and more art that's relevant to our times to be recognized and honored and celebrated," said Frank.

"Real change is going to take time," she said. "We're not going to undo structural racism in a day or a year or within a strategic plan. It's an ongoing lifelong commitment. But it's amazing to see things we envisioned and dreamt of happening."

The Best Things to Do from Home This Week: COVID-Safe Seattle Events for Nov 30-Dec 6, 2020

Why God Is a Minimalist