Blame the Wealthy, Not the Left, for Seattle's Coming Decline 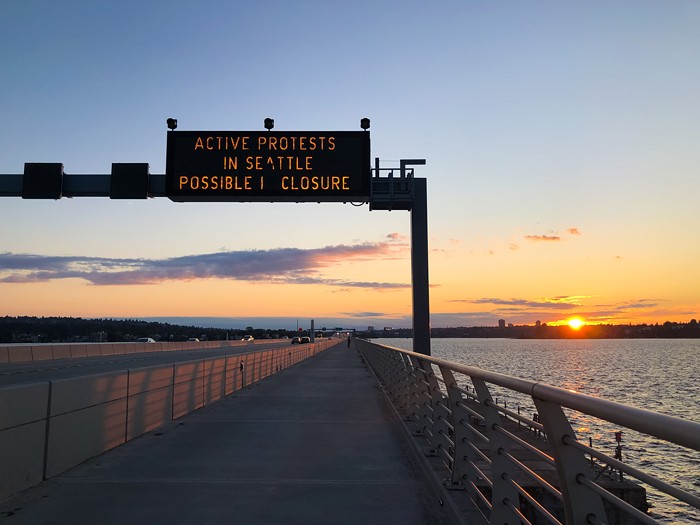 Twilight of the Goodtimes Tinatin1/gettyimages.com
It seems Seattle is on the path for a very bad 2021 and 2022. This possibility will become all the more real if Boeing decides to concentrate its production of the 787 Dreamliner planes in South Carolina.

The decision, the Seattle Times reports, might be made as early as next month. And if Boeing does move two of its assembly lines over to South Carolina, which is very likely, then an estimated 30,000 employees in Everett are "expected to be the loser[s]." This job loss would extend and deepen the recession that greater Seattle is presently experiencing.

Everett Mayor Cassie Franklin to the Times: "Losing the 787 assembly line 'would be devastating for our local economy.'" Not only that, but the jobs that would go to South Carolina would never come back.

Of course, this development should not surprise anyone. The sole reason Boeing moved to Chicago in 2001 and then later built a production plant in that "right-to-work" state was for this very purpose. The specter of economic devastation only strengthened management's position in its long struggle with the power of unionized workers in the Seattle area. By the look of things, this strategy has been and continues to be a resounding success. Let's now turn to Seattle's skyline.

For much of the previous decade, Seattle experienced a construction boom like no other. Sixty to sixty-five cranes flew over the city at any given moment. Towers raced up the sky and presented the Columbia Tower, the city's tallest building (completed in 1985), with a challenge it had not experienced since the late 80s and early 90s. And the skyline marched closer and closer to the Space Needle. Much of the space between that iconic building and downtown was filled up in just five years. And more buildings were in the works. The total Manhattanization of downtown Seattle seemed only a few years away. This Mahattanization was coupled with an explosion of human-scale or Parisian-scale (around five stories) luxury apartments.

But as the city's fortunes grew, its politics moved further to the left. This was the contradiction at the heart of the previous decade. The inflating wealth of the city did not see a corresponding softening of the city's leftist politics. The thinking was boom-satiated voters would become neoliberal cosmopolitans (Amazon and Microsoft were opposed to the Muslim ban), but election after election showed an increasing number of democratic cosmopolitans.

This contradiction led to several clashes between top corporations and the city council. Sometimes the corporations won, such as when the council repealed the head tax in 2018. Sometimes the left won, such as when progressive candidates almost totally defeated the Safe Seattle candidates in the 2019 council races. Seattle entered the pandemic with the contradiction between its economy and its politics unresolved.

After the murder of George Floyd on May 25, however, there has been from the local and national right a relentless attack not only on the Floyd-sparked BLM protests but leftist Seattle politics as a whole. It is now impossible to open a local paper or national news website without being met with a story about how Seattle is run by reckless Marxists, or how it is losing small businesses because of rising crime, or how the police department is fleeing the ungrateful city for pro-cop places like Pierce County.

Numerous Seattle police officers are leaving the force, and it appears several are headed to the Pierce County Sheriff’s Department. Their spokesperson is Ed Troyer, who is also the leading candidate for Pierce County Sheriff. He joined the Jason Rantz Show to discuss how the defund movement is pushing officers there.

KOMO, by way of the Associated Press:

A life-sized statue of Soundgarden frontman Chris Cornell has been vandalized outside the Museum of Pop Culture in Seattle.

Museum officials told The Seattle Times that the statue was covered with white paint or a similar substance on Thursday.

The damage is being assessed and the statue will be restored, museum officials said.

"We are deeply pained by this act targeting the memory of a beloved artist in Seattle and around the world," museum officials said in a statement.

Before the pandemic, these attacks on the left could be dismissed as mere twaddle. The economy was expanding and unemployment contracting. This is no longer the case. Economic data for the city and country is dire. Many small businesses are closing for good. Sea-Tac International Airport is bleeding jobs, and Alaska Airways, which is based in Seattle, warns that deep cuts will happen in autumn.

At this point, the attacks from the right can no longer be easily dismissed. Voters will soon begin to believe these endless stories of Seattle's decline because it's always easier to blame the left than the rich for economic woes. It's easy to say, "This business is leaving Seattle because of crime, and crime is increasing because the police have been demoralized by BLM protests." It's hard to say, "Small businesses are closing because a financialized economy diminishes the use value of property and vastly increases its exchange value. As a result, financialized property is subject to rapid and unreal value inflation." It will be easier, also, to blame the loss of the Dreamliner jobs on unreasonable union demands than on the depletion of the corporation's cash reserves by the repurchasing of its own shares.

What will 2021 and 2022 look like? Because the right is not offering a real solution to the city's economic problems, these problems will only worsen if the right wins the day, which will likely be the case. But what Seattle should do is generate more income from top earners, significantly increase the spending power of wage earners, and initiate a new building boom, but this time directed at the production of affordable housing. If nothing in this way is done, our downtown will remain as empty as it is today, even after the pandemic is under control. (The idea of getting rid of COVID-19 entirely is a fantasy.) And our glistening skyline will become frozen in time. Or, put another way, it will become nothing more than a sculpture of early third-millennium irrational exuberance.