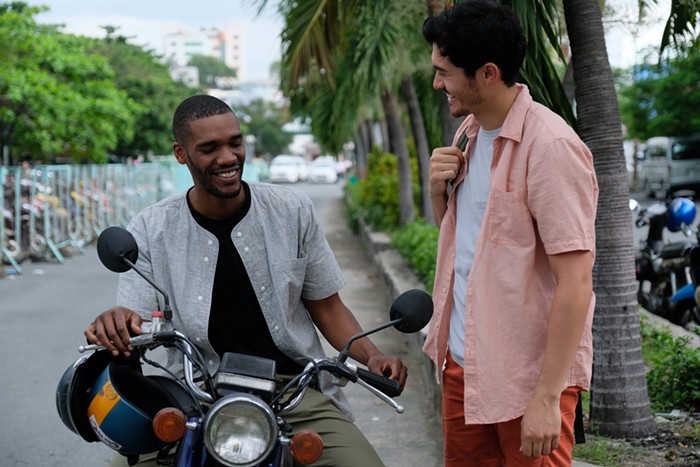 I'm ready to bawl and watch Monsoon. Courtesy of SQFF
Today, Three Dollar Bill Cinema announced its lineup of films and programs for the 25th Seattle Queer Film Festival, which will take place entirely online from October 15-25. This year, the festival isn't restricted to Seattle. It's expanding screenings to include the rest of Washington, Oregon, and Idaho for the first time.
Sponsored

All of the films will be available to stream on October 15. Once you've started a film, it's in your possession for 72 hours. So you can binge-watch a bunch of queer movies all at once or watch them at a steady pace over the two-week time period—whatever works for you.

Individual tickets are anywhere from $5-$20, with all-access passes available for $125 for Three Dollar Cinema members, $150 for non-members, and $199 for a household pass. There are also ticket packs available.

While SQFF has already announced its four feature films—Breaking Fast, Gossamer Folds, Ahead of the Curve, and Vito—their full lineup is an interesting mix. There are international features like the poppy Brazilian film Alice Júnior—There's No Emoji For This, about an internet-famous teen YouTuber who moves to the conservative countryside:

And a locally shot, dance-fueled documentary on the MiLLeNiaL exPErieNce called The Millennial Experience:

As well as contemplative films about identity with familiar faces (and gay meet-cutes), like Monsoon starring the swoon-worthy Henry Golding of Crazy Rich Asians:

This edition of SQFF will also feature the US premiere of German documentary Uferfrauen—Lesbian Life and Love in the GDR, which tells the story of six lesbians living behind the Wall in rural and metropolitan parts of the communist state:

We'll have more on all of these films closer to the festival, but, for starters, please check out SQFF's full lineup here.