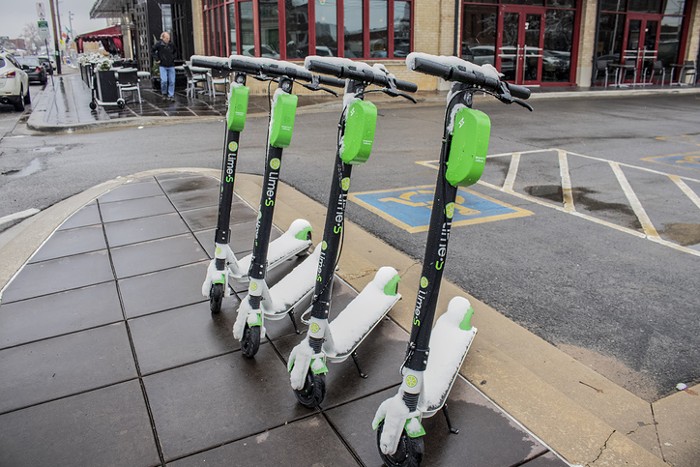 That's nice, now give us 100,000 more Susan Vineyard/Getty Images
Earlier this month, whoever writes headlines at the Seattle Times asked, “Electric scooters approved for Seattle, but can riders avoid the sidewalk?” which, now that Lime deployed their cute little devices, is precisely the wrong question to ask. I want to explain why, and also explain why I had to trudge across Capitol Hill this morning drenched in rainwater and my own disgusting sweat.

Here is the situation: My car has needed new tires for about two years. Every few weeks, I’d notice that the front passenger side was getting perilously flat, so I’d take it to a gas station and spend a few quarters to fill it up so I could pretend it wasn’t a problem for another few weeks. But this week, the tire went completely flat, so I decided I’d bring it to Moss Alley Motors, who are lovely, and get it taken care of once and for all. I planned to replace the flat with a spare, drive the car to the mechanic, and then use a Lime e-scooter to toot on home while they worked on the car.

But I was not counting on my car rolling off the jack and crushing it, nor on the battery of one fateful scooter dying when I needed it most.

At 8 am this morning, I’d jacked my flat-tired car several inches up off the ground, a spare tire at the ready, when things started to go wrong. The jack began to tilt, and before I could react the whole car rolled backward and the flat tire came down with a rubbery squish on the jack, pinning it to the ground.

I stared at it for a few moments, trying to figure out if I could somehow tear the tire off the rim to free the jack, before calling Moss Alley and asking if they had a spare jack that I could borrow. They did indeed, but Donovan warned me that “it’s heavy.” Of course it is.

My trip to pick it up was surprisingly comfortable: I walked two blocks to an available Lime scooter, checked it out, and then whizzed down the Broadway bike lanes toward Moss Alley. Scooters are not allowed on sidewalks and are not allowed on streets with a speed limit over 25 mph; if the speed limit is over 25, Lime advises riders to detour onto side streets—many of which are so poorly paved the only safe place to ride is the sidewalk. It’s dumb, but that’s the world we live in.

Scooters are allowed in bike lanes, though, and Broadway’s are entirely comfortable. The scooters are limited to around 12 mph, about the speed of a brisk jog.

But after veering up onto East Union, I encountered the first problem with the scooter scheme: where that street’s bike lane meets 12th Avenue, the lane directs riders up onto the sidewalk and then through crosswalks… from which scooters are banned. Okay, that’s not ideal, but I can walk a scooter for a few feet if that’s what’s required. It’s a little annoying for this particular infrastructure to be inaccessible to a device incapable of going faster than a human can run, but whatever.

Now what? Matt Baume
I obtained the jack—yes, Donovan was correct, it was very heavy—placed it into my backpack, and scooted back home. Lugging this new equipment on my back was not exactly comfortable, but it was a lot better than having to walk with it for just under a mile or taking transit or a carshare during a pandemic. So far so good.

The replacement jack was effective, but in hindsight could maybe have used a little more grease. It took every muscle in my body to turn the crank and get the car raised high enough to free my jack and remove the flat tire, and by the time I was ready to get on the road, I was drenched in sweat and the rain had started. My arms ached, my glasses were smeared, and I was aware of having developed a smell that is only appropriate in the context of a hot summer night at The Eagle. But I’d made progress!

Or at least, it should have been. Somewhere around QFC, the scooter started to complain, growing jittery and sluggish. And as it tried to climb the hill outside of Mud Bay, I watched the speed indicator count down from ten to eight… to six… to four… and then I was standing on a platform that was moving slower than the muscle bear walking a tiny dog on the sidewalk and I was like, “What’s the point?” I ditched the dead scooter and trudged home, smelly and wet, my socks squishing in my sneakers.

There are a few lessons here, the first being that I should not defer car maintenance issues for over a year. I would love to get rid of the car entirely—what a dream to be car-free!—but because of the work that I do, the errands I occasionally must run, and the lack of swift transportation around the region, it must remain a heavy stinking shackle around my life and finances.

If I could count on easy access to scooters, though, that would be a different story. I already have a bike that I use for most of my trips, and adding reliable scooter access to the list of transit options would render the car even less necessary.

But there are a few dumb Seattle problems that make it impossible to count on the scooters, at least for now: For one thing, there are only 500 of them for the entire city, population 744,955 as of two years ago.

For another, Seattle streets are woefully unprepared for a post-car world. We’ve got plenty of space that could be used for forms of transit that are better than cars—buses, bikes, peds, scooters—but the city allocates a ridiculous amount of space for just vehicular transportation and parking. As a result, anything other than a motor vehicle is crammed onto a narrow strip of sidewalk and into bike lanes that we can’t possibly all share, or forced to find absurd detours through residential streets that are more pothole than pavement. Having to detour with a scooter to avoid the most direct route to a destination is a dumb waste of time—and a scooter’s battery power.

So the question to ask isn’t “can riders avoid the sidewalk,” it’s “why should they have to?”

Why are Seattle’s sidewalks and paths and lanes too narrow to accommodate better forms of transportation? Why do we waste so much space on cars? After a summer where human-caused climate change contributed to fires that destroyed millions of acres and poisoned the air, why are we still trapping ourselves in car ownership when cities all over the world have found better ways to live? This is a problem that’s already been solved elsewhere. It’s exasperating that we just don’t want to solve it here.

Now if you’ll excuse me, I have to shower and then sleep for a million years. 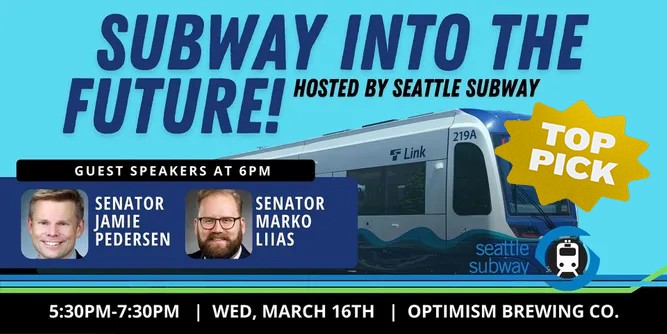