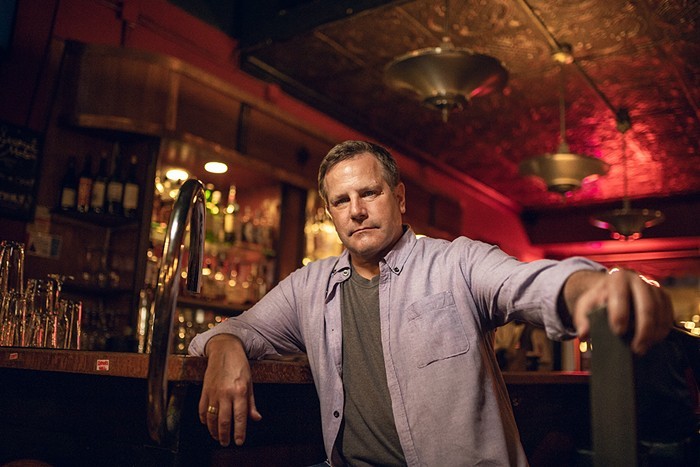 In order to shrink budget holes, the city needs to lay off more than 30 city employees and make significant programmatic cuts in departments across the city. The nightlife business services advocate—otherwise known as the night czar, or the night mayor—was one of the positions that got the ax.

The city saves $98,000 by (metaphorically) beheading the night mayor.

The position, established in 2015, is part of the city's Office of Economic Development (OED), which must lay off three full-time staff members in order to comply with the 2021 budget proposal. Though the night mayor serves as the sole representative for the nightlife industry in Seattle, the OED assured small businesses who lost their champion that they "will continue to be supported by OED’s existing programs and staffing."

Steven Severin, owner of Neumos and spokesperson for the Washington Nightlife Music Association (WANMA), seemed skeptical of the OED's ability to expend the necessary energy not only to revive a struggling industry but to "innovate" in a way that will keep nightlife venues viable in a post-COVID-19 world, he told The Stranger in an email.

"How are we going to do that when the people are already tired and so busy working on the other things they’re already doing in the OED?" Severin wrote. "They’re really going to be able to take on more work? I don’t see how that’s realistic."

Severin has a point. The OED's duties are far-reaching. The department has been working nonstop during the pandemic to provide support for small businesses throughout the city. The agency even had to borrow 50 employees from other city departments in order to keep up with that workload, OED Director Bobby Lee told the Seattle City Council in a meeting yesterday.

The current night mayor, Scott Plusquellec (who declined an interview for this story), brought a pro-nightlife perspective to the boring bureaucrats downtown, and supplied business and policy help to independent venue and club owners.

According to Severin, the night mayor "helped secure more and safer late-night transportation options, increased security training, worked with new condos on noise ordinances as the city develops, facilitated better understanding between police precincts and nightlife, and helped community outreach in our neighborhoods."

The role was key to facilitating what Severin described as a "community-oriented nightlife scene" that's working together with the city to be "safer, better integrated into city living, and more viable for small businesses."

"None of that is happening right now with the COVID-19 closures," Severin wrote.

Night clubs and music venues closed up back in March, and many won't reopen until it's safe to gather indoors in large groups. Nobody knows when that will be.

The Seattle Times polled several venues last month on how they're surviving. Most are closed and going into debt with rent payments. Some are trying to sell food—something they were never known for—or livestream music events. It's barely making a difference.

"OED is in a difficult position of abrogating a position that serves an industry hard hit by the economic impacts of the pandemic," Karissa Braxton, a spokesperson for OED, told The Stranger.

According to the National Independent Venues Association, if the federal government doesn't provide then more then nine out of 10 of NIVA's nearly 3,000 members will close in October, according to a Billboard article last month. King County recently allocated $750,000 to venues across the county, but that money won't last long.

Braxton said that the night mayor is the sole City of Seattle representative for WANMA, Reopen Every Venue Safely, the Responsible Hospitality Institute, and other "local, regional, and national advocacy and reopening organizations and efforts." That's a pretty big role to eliminate when reopening completely is still a distant dream.

"There’s 10,000 employees [in city government," Severin wrote, "and we’re losing the ONE person who’s pushing for advocacy and support of the nightlife economy. We’re one of the top 10 industries in our state and moving up and we’re losing the one person? Really? I get that lots needs to be cut, but how is this the position getting cut?"

The night mayor will continue working to help the nightlife industry rebound from COVID-19 throughout the rest of 2020, Braxton said. He'll hand off his duties to other members of OED's small business development team and Office of Film + Music team in 2021.

Severin stressed the the city council needs to keep the night mayor's position during their budget deliberations.