It's #GivingTuesday—Here Are Some Worthy Causes You Can Donate To 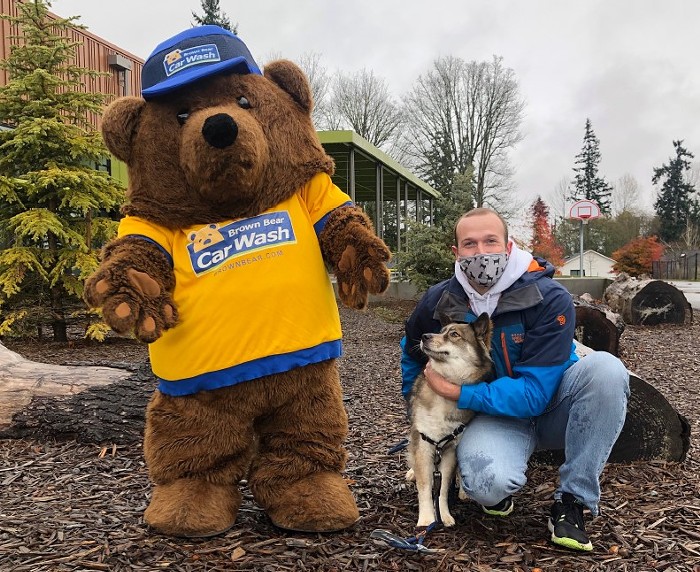 Brown Bear Carwash is partnering with PAWS to raise money for animal rescue and have you EVER seen ANYTHING so PRECIOUS??? PAWS
So this is how it’s going to be, apparently: After Thanksgiving there’s Black Friday, then Small Business Saturday, then Artist Sunday, Cyber Monday, and for the last few years Giving Tuesday. Does anyone want to stake a claim on Wednesday? For now it’s “National Package Protection Day” but surely there’s a better theme to be found.

At any rate, the Tuesday after Thanksgiving is a day to slip some cash to worthy causes, from national nonprofits on down to local do-gooders. Do people actually observe this holiday? Apparently they do: The Seattle Parks Foundation, one of many numerous local NGOs, raised $35,000 on this day in 2018. So! To whom ought you donate this year? I’m glad you asked.

Keep the money in the community by donating to Community Roots Housing (formerly Capitol Hill Housing), which works to create affordable places to live and work around the city. Current projects include Station House and LGBTQ-affirming affordable apartments for seniors on Capitol Hill; Yesler Family Housing; Africatown Plaza; Jazz House, a performing arts hub; and several more. A recent study suggested that the region needs to build four entirely new cities to support population growth, which is ridiculous when we haven't even fully built up the cities we already have.

Civic-minded philanthropists might take a look at the Lid I-5 campaign, which has been working for years to finally heal the scar that tore through Seattle several decades ago when they tore down whole neighborhoods to build a freeway. The Lid I-5 folks have hosted open houses and webinars, lobbied local and state officials, and created mock-ups of what the city would look like if we covered the trench with housing and parks. The latest news is that a feasibility study is finally complete (and has been for months) and Lid I-5 is working with city staff to get it published.

If you’re artistically inclined, consider On the Boards, a performance group that’s kept art going through the pandemic through their streaming service. They’re planning “something very special” for Giving Tuesday, oooh mysterious, and whatever it is will probably be revealed on their Facebook page. Also doing lovely arts work is The Seattle Sound Music Awards, which recognizes the work of local BIPOC artists; they’ve set a fundraising goal of $2,500, which is surely achievable.

Animal lovers, take a look at PAWS, which engages in rescue and rehoming operations in Lynnwood and Seattle. They’ll mark Giving Tuesday by opening their doors to over two dozen cats and dogs from overwhelmed shelters in California—each one needs several hundred dollars in care before their forever home is found. You might also contribute to the Washington Environmental Council, which has helped pass multiple environmental protections over the years. (Or maybe you don’t like having breathable air, you monster?)

If you’ve ever nodded solemnly at a land acknowledgement, take a look at the Duwamish Tribe’s Giving Tuesday program. Everything they raise on December 1 will go toward sustaining the Duwamish Longhouse and their fight for federal recognition. Through the Longhouse, they provide food assistance, field trips, health care, and of course a place to practice a culture that long predates anyone calling this region Seattle.

And that’s only a handful of the groups deserving of a spotlight (and money) right now. There’s also The Lake Washington Symphony Orchestra for music lovers; Seattle Dogs, which helps the companions of people experiencing homelessness; The Northwest Sarcoma Foundation; and so many many many many more.

In a perfect world, these are organizations and causes that would be supported by a robust social system funded by tax revenue and administered by experts in government, you know, like how it works in so many other countries. Oh well! Until the day comes that America un-scrooges itself, it’s up to those with the means to help to do so.