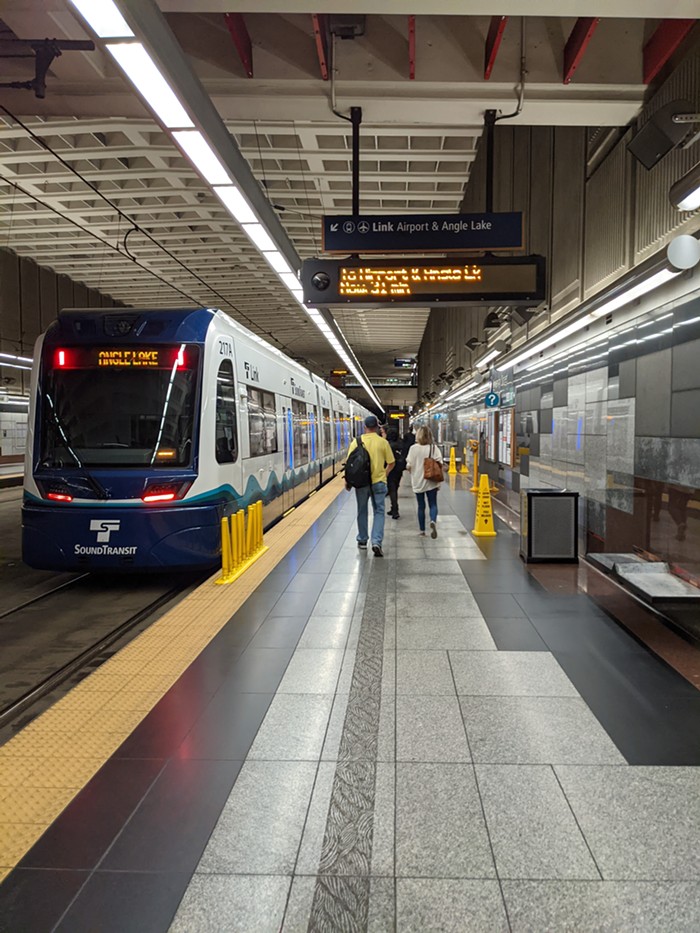 Check out our new ride... Charles Mudede
In a world where the real is rational and the rational is real, nothing should be more painful, more guilt-ridden, more shameful than buying a new gas-powered car. (Electric cars have their problems too, but that is for another post.) Now, what do I mean by this real/rational-rational/real business? Certainly not the same as Hegel, an early 19th century German philosopher who I can't stand. My meaning instead sees rationality as only contextual. It is limited to a situation that's local and emerges from a deeper and wider order of the real. This is called "intuitionistic logic" and has mathematical form in "topos theory."

The destruction of the composition of the biosphere that has been stable for all but 50 of its 12,000 years is a non-event as far as the rest of the universe is concerned. At this larger scale of reality, the rational (or intuitive logic) is indifferent to the rational that is limited to us, who are caught in the middle of life.

Now, what about these new trains that cost Sound Transit what many might describe as a pretty penny ($642.5 million), but on the rational level (meaning when compared with the rationality of automobile transportation) is actually a bargain (or a steal).


Last night at around 11 pm, I chanced to catch of one of the 152 trains Sound Transit (the S-700 series) purchased from Munich-based corporation Siemens Mobility. The older, low-floor light-rail vehicle (LRV) trains manufactured by Japan's Kinkisharyo, and numbering 62, are to be replaced by these German LRVs that have, according to Sound Transit, four distinguishing features: "larger windows, a wider center-car aisle, more seats with space to stow luggage, and [twice as many] bike hooks." They also have "lots of cameras capturing the moment."

What did I notice during my new ride from University Street Station to Columbia City Station? The interior of the train, which has an exterior that looks a touch more futuristic than the older ones, has more standing room (but not that much) and the same number of seats, 74. The capacity for a car on the Kinkisharyo train is "200 riders, 74 seated"; but no one—not even Seattle Times' top transportation reporter, Mike Lindblom—has a hard number for the capacity in the new cars. (Lindblom: "Siemens officials wouldn’t vouch for capacity figures, but the S-700 appears able to carry about 10 more people than the Kinkisharyos....") 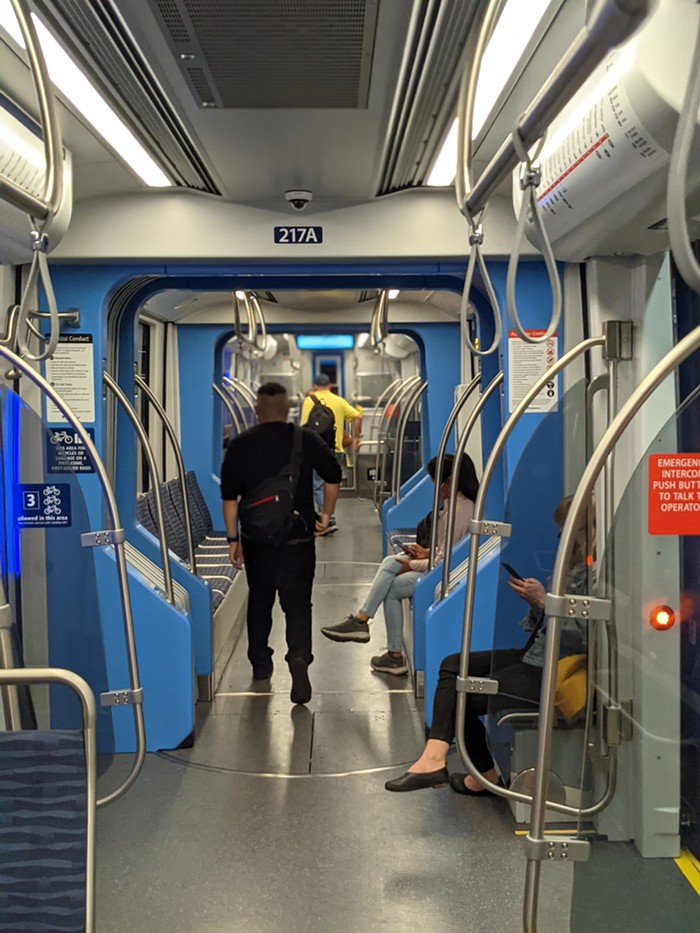 Looks like more of everything... Charles Mudede
The goal of this design is to pack a few more standing people during a busy trip and also to make people more visible when service is not too busy. We have here the compaction of a security (or panopticon) function with an operational one. There are also information displays above passengers. You can look up and see where you are. (The only information provided during my trip was the train's coming departure from service.) Also, the doors of the S-700 have their own pretty lights, which turn from blue to green when opening at a stop. This feature, however, is more decorative (in the futuristic sense) than anything else. As for the riding experience, I noticed no difference whatsoever from the older trains. It wasn't smoother or bumpier. It felt the same, and moved at the same steady and still-slow speed.

The first generation of trains, however, have more compartments, more spaces that separate one or two passengers from the rest. These are found next to the doors and, during the pandemic, had their value increased by the sense of safety they provided in a car that often had riders who refused to wear masks. (Mask wearing was not enforced by Sound Transit.) These compartments offered two seats that faced a transparent shield and presented quick access to the exit.

You will not find compartmentalized seats in the new trains. What it has instead are brighter lights, more fancy lights, increased transparency, and greater visibility. The windows showed more of the city, which was in the dark during my trip.