"It's not lost on me that for most drag queens, our job is essentially boiled down to facilitating the sale of alcohol," said local performer Irene Dubois. Photo by Athena Cook, courtesy Irene Dubois
Queen Irene Dubois is known for pulling off glamorous, extraterrestrial drag, like a glowing sea monster from Atlantis or Medusa with a full head of snakes. Five and sometimes six nights a week, Dubois performs at nightclubs and bars, in shows like Mothership at Queer/Bar, RuPaul's Drag Race watch parties, or drag brunches in Fremont and Tukwila. She's used to shapeshifting depending on the gig—but no matter what the act is, she does it all sober.

"Sometimes, when I'm in the club, people will say things like, 'Can I buy you a drink?' And I decline, and they go, 'Oh my god, good for you.' It sounds like almost everybody values sobriety," Irene told me recently, but in the drag scene, "not a lot of people practice it."

With drag being a central focus of queer bar scenes, choosing to be sober in the midst of it all can seem like an anomaly. But sober queens are becoming slightly more visible in recent years, with a handful of sober queens appearing on Drag Race and other platforms, openly sharing their struggles with addiction or sobriety. Queen Andrew Scott said her drag went from "four to 10 in almost no time" after she quit drinking. PHOTO COURTESY OF QUEEN ANDREW SCOTT
Queen Andrew Scott describes herself as a "Selena-impersonating, '90s-inspired Mexican drag queen." She's known for her high-energy performances to hip hop and R&B and often takes the stage in shows with Dubois. In addition to performing and producing some of her own in Seattle (like The Real Queens of Eastlake at Otter Bar and Latinx drag show LECHÈ at Unicorn), she also travels for shows in Tacoma, Yakima, and Arizona. She's been sober since 2020 and told me, 'I don't know if it's because I'm getting older, or because I'm sober, but it seems to me like people in the queer community aren't drinking as much — since the pandemic, at least."

Merry Lubealot Peters has made the same observation, "I think the pandemic definitely changed everybody's drinking habits," she said. A self-titled "fundraiser queen," Peters hails from extensive service with the Sisters of Perpetual Indulgence and in 2017 was crowned Empress by the Imperial Sovereign Court of Seattle. She's often in her seven-inch black platforms and painted white face drumming up raffle tickets or selling jello shots for a cause. She noted that since the pandemic, the same people who were regulars at happy hours are now a lot more selective about when and where they go out, and it's typically for a special occasion like a drag show.

While nightlife abruptly stopped at the beginning of the pandemic, drag queens and other performers play an integral role in bringing much-needed business to gay bars, institutions that stay afloat through alcohol sales. "It's not lost on me that for most drag queens, our job is essentially boiled down to facilitating the sale of alcohol," Dubois said.

She's fine being around alcohol, "but it's never a temptation for me because when I think about drinking, I think about all the horrible things I used to go through."

Drag performers frequently start drinking while getting ready and continue drinking through the night. "That's kind of typical for the drag queen culture," said Astro Pittman, Editor in Chief for The Seattle Collegian and a substance use disorder counselor who works with the Seattle-area lgbtq+ community. "There's this idea that you're not entertaining if you're not drunk. Like being a little sloshed added to their ability to emcee and perform, which of course is not true."

Historically, sites of queer community were places like bars and bathhouses, where alcohol and other substances were integral to those spaces. Add to that the systemic oppression of LGBTQ+ people that leads to a greater need for coping mechanisms, and you've got a higher risk for addiction and substance use disorders.

"In comparison to all cisgender heteronormative identities, the LGBTQ+ population is 300 to 500 percent more likely to experience some form of substance use disorder, whether that's drugs or alcohol," Pittman said. "Addictive patterns across the board that are directly correlated to identity struggles in a heteronormative society and the ways in which where people are not accepted, supported, given access to resources."

"It's a combination of microaggressions, lack of access and resources, stigma, discrimination, oppression, all of that sort of combines in the queer experience," Pittman said. Those factors are even greater for transgender Black, Indigenous, and people of color.

For Peters and Scott, queens who had spent plenty of non-sober years in drag, alcohol eventually led to unhealthy and even life-threatening situations.

"I was a seven-day-a-week drinker," Peters said. "I lived two blocks from CCs, and there would be times I would wake up at 1 a.m. and roll over and look at my alarm clock and go, 'I can get dressed, get to the bar, and have a drink and a couple of shots before last call.'"

Scott admitted, "I had gotten really sick from over ten years of alcohol abuse. I was in the ICU for four days from pancreatitis, dehydration, alcohol poisoning, malnutrition, ect. If I hadn't chosen sobriety, the doctor said I'd likely die soon."

Dubois chose to quit drinking before she ever became involved in the drag world — and before she was even legally allowed to drink. Her freshman year in college, she'd often get so drunk on the weekends that she'd spend Mondays going around apologizing for her behavior. One time she decided to try going out without drinking, "and it was fabulous. Everybody was having a great time with me. It just kind of became like a positive feedback loop where the more I didn't drink, the better my life got," she said.

In recent years, there's been slightly more mainstream representation of sober queens. Drag Race contestants Katya, Alaska Thunderfuck, and Jujubee have all been vocal about their sobriety and struggles with substances. In general, younger people typically drink less or are more likely to be mindful drinkers than previous generations, something Pittman has seen with LGBTQ+ youth. "I think that the younger generation is really claiming their own future, in a way sort of looking at what's come before and saying, 'There are components that we reject, that we think are unhealthy,'" they said. "And one of the ways in which we've seen that in the queer community is this sort of rejection of this alcohol- and drug-fueled culture." Merry Lubealot Peters loves to help drum up donations for fundraisers, and one perk of sobriety is that she gets to remember them. Photo courtesy of Merry Lubealot Peters
For Dubois, Peters, and Scott, it might occasionally feel awkward skipping a pre-show round of shots with sister performers, but overall they confirm their drag got better without drinking. The bars they perform at have been very supportive as well, quick to offer mocktails, Red Bull, or other nonalcoholic drinks. "There's something to be said for not being inebriated when I'm on stage," Dubois said. "I have full focus, full power over my faculties, and [it's easier] to deliver complex performances."

Even without a shot of "liquid courage," Peters said, "It's so nice to be able to go out to perform, to do fundraisers and actually remember them."

"My drag has gone from a four to a 10 in almost no time," Scott said. "My skills all around have improved immensely … [Sobriety] is a choice that is a starting point. Where you go from there is the exciting part."

Some LGBTQ+ Resources and Support for Alcohol and Substance Use Disorders

A listing of some LGBTQ+ focused AA and NA groups can be found here.

Comments 2
Tags: Health Booze Drag
The Stranger depends on your continuing support to provide articles like this one. In return, we pledge our ongoing commitment to truthful, progressive journalism and serving our community. So if you’re able, please consider a small recurring contribution. Thank you—you are appreciated!
CONTRIBUTE NOW 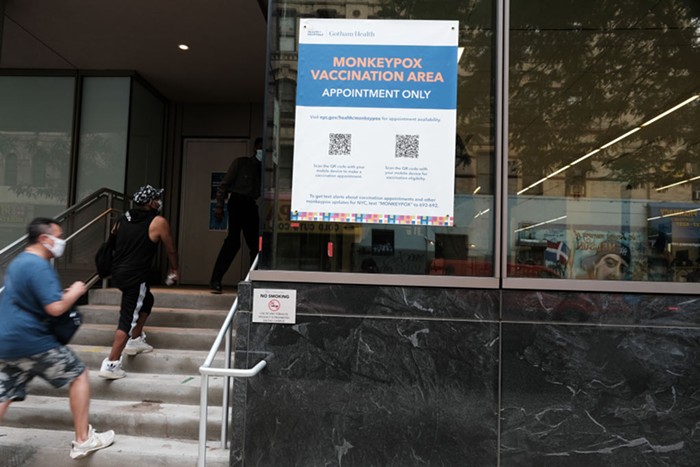