I'll give you some options, Seattle. On Thursday, Seattle band Breaks and Swells will headline Neumos, bringing their excellent blend of soul, funk, and pop to the Capitol Hill stage. Their Erik Blood-produced 2018 record We Will Not Despair is an uplifting—and rather prescient—exploration of despair and joy in these trying times. And as Breaks and Swells gears up for a 2022 release of their next record Entomology, they teased that they will play a new single from the unreleased record for the Neumos crowd. Exciting! Opening act Tacoma-based outfit Mirrorgloss will bring their dance-pop influenced tunes to warm everyone up. And also taking the stage is Seattle musician (and fashion icon) Taylar Elizza Beth whose recent dark, throbbing single "Siq as Fuq" is, indeed, siq as fuq. "Sidney" is a mood. Linda Hodges Gallery
Today is the first Thursday of the month, meaning that the galleries in Pioneer Square will stay open (kinda) late and welcome in the masked masses to gape at art. Greg Kucera Gallery is still showing works by Tim Bavington, who translates barcodes and notes from sheet music into colorful striped paintings, and Lynne Woods Turner's new suite of drawings and paintings. You still have time to see Colby Bishop's Weirdly Clingy over at Specialist, which I recommended last week. John Masello's exploration of camp, Parody of Real Things, has taken over METHOD. And next door SOIL is hosting a giant group exhibition, no way to see inside for certain, that gives viewers a glimpse at the "self-reflections and inner-workings" of artists on display.

I'm perhaps most looking forward to peeping Kara Glosova's show Feelings which opens at Linda Hodges Gallery on Thursday. The show is all new work by the Czech-born artist and 2015 Stranger Genius Award nominee that reflects the anxious, cooped-up times we're in. All her subjects—rendered in thick strokes, often "incomplete" in the style pioneered by portraitist Alice Neel—seem to have the weight of the world on their shoulders, negotiating inner turmoil and outer being. Can't wait to see them in person.

A post shared by ACT — A Contemporary Theatre (@acttheatre)

Officially opening on Thursday is Egyptian-born playwright Yussef El Guindi's latest play, Hotter Than Egypt. Like the 2015 Stranger Genius Award winner's previous work, Hotter Than Egypt similarly explores the convergent terrains of sex and politics and through a dramatic and humorous lens. Set in Cairo, the story follows an American couple on vacation for their 24th anniversary who draw their newly-married Egyptian tour guides into their marital problems. In a recent interview with the Seattle Times, El Guindi told Dusty Somers he first started writing the play in 2013, but shelved it as Egypt was undergoing a revolution at the time. Picking it back up in 2018, he told the Times that he discovered the work is "as much about these people and specifically about the journey of one of the characters as it is about the context in which it is set."

Hotter Than Egypt runs until February 20 at ACT Theatre. Masks and proof of vaccination are required. Get your tickets here.

AND THEN STARTING SUNDAY, FEBRUARY 6: SHORTBUS AT GRAND ILLUSION CINEMA

Ok, I have admittedly never seen Shortbus, but this John Cameron Mitchell sex romp has been on my watchlist for ages. Exploring the sexual trials and tribulations of several different characters of various genders and sexualities in New York City, this early 2000s cult film is a flagrant "fuck you" to those that believe love scenes are not strictly important for development of characters or plot. And as sex onscreen slowly becomes less and less common, Shortbus is going through a much needed popular reassessment as titties, peens, asses, and fucking in films are getting muscled out by smooth genitaled Disney superheros. Starting this weekend, Grand Illusion Cinema will screen a new 4K restoration of Shortbus for pervy and open-minded audiences alike. Here are some of the carnal delights you'll see onscreen, courtesy The Stranger's contemporaneous review of the movie:

Within the first minutes of Shortbus, there is: a guy playing with his soft penis in a bathtub; a straight couple having very aerobic sex on a piano (duuh, daah, dee!); a woman in bondage accoutrements flogging and pegging a guy who won't stop asking questions (he says, "If you had a superpower, what would it be?" and she replies, as she thwacks his ass, "The power to make you interesting!"); and the guy from the bathtub going out into his living room, lying on his back, lifting his legs above his head, and ejaculating into his own mouth. By putting all this stuff within the opening shots of the movie, Mitchell is saying: Look, I'm going to show you a bunch of stuff a lot of people do that you never see.

Shortbus will screen at Grand Illusion Cinema starting on Sunday, February 6. The film is rated NC-17 so NO BABIES. Masks and proof of vaccination required. Get tickets here. 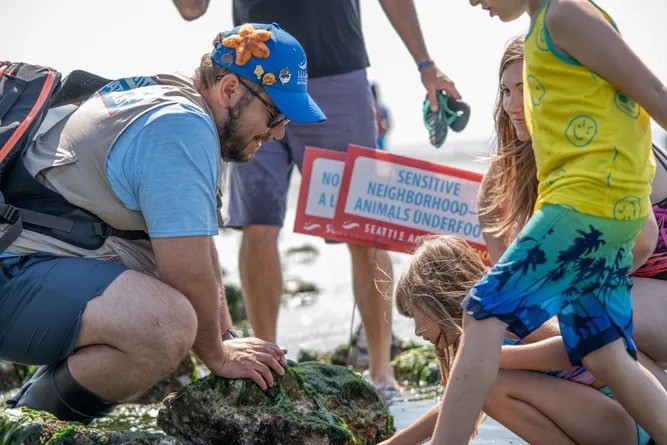