This Week's Comics: A Family of Lady Demon Hunters 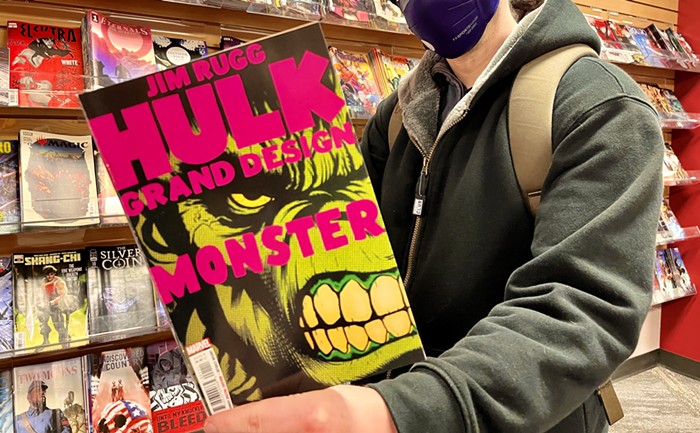 Though there’s nothing particularly interesting about the story itself, I can’t stop thinking about FaZe x Batman, a new DC comic series that pairs Batman with the actual guys from a real-life pro gamer team. It’s a cynical campaign that comes overloaded with merch — rather than offering any details about the story, promo material focuses instead on the tie-ins with jerseys, tees, hoodies, mousepads, key caps, and a PJ set.
Sponsored

Incredibly, there is no associated NFT, though this collaboration is infused with that same toxic spirit.

Who do you suppose approached who with this? Did the gamers pitch themselves to Warner Bros, or did some LA executive go “my kid’s really into something called ForkNight, go make a comic about that so we can sell some pajamas”?

I wish they’d just been more direct and had Batman host a segment on QVC. Oh well. The good news is that there are a couple of comics that are actually worth your attention this week — thanks to Phoenix for helping to sort through a particularly thick stack of new releases!

SEASON OF THE BRUJA ISSUE #1 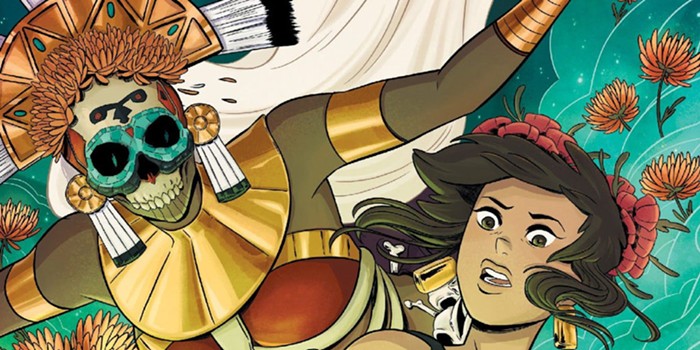 I can’t wait for more of this bold series about an impulsive young bruja — a practitioner of witchcraft — and her patient grandmother, both dedicated to fighting demons. Althalia is the last of her kind, exorcizing evil with the help of a friendly Chupacabra and a were-coyote. Her grandmother, who’s getting a little long in the tooth for that kind of work, spends her time at a museum amidst cultural treasures pillaged by white colonizers. It’s there that a malevolent force appears, on a mission to wipe the women out. A wonderful mix of magical action-adventure and heartfelt moments with family (chosen and biological), this first issue keeps a lively pace with winning characters. Each woman is plucky and brave in her own unique way, and their affection is evident even in moments of interpersonal conflict. It’s flagged as a grown-up book, but I’d feel comfortable sharing it with readers 12 and up, particularly those looking for stories foregrounding women and Hispanic culture.

ASTRO CITY: THAT WAS THEN … (SPECIAL) 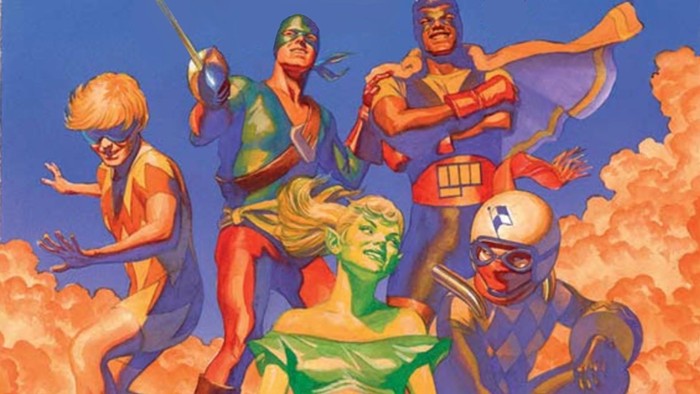 Unnecessary for all but the most dedicated fans, this new one-shot issue catches up with a few characters from the acclaimed ‘90s Astro City series (now out in paperback) and teases new adventures to come at some future date. And as teases go, this one left my whistle unwhetted. It's a thrill to see the sight of superheroes … sitting around! Dazzle as our heroes … talk about stuff that happened off-camera! Some interesting ideas are raised — when does a group of youthful prodigies become adults, and how does that transition happen for teens whose powers place them under unthinkable scrutiny? But these questions occur only in dialogue, not the plot, of which there is essentially none; and answers are not attempted. Buffy the Vampire Slayer tread this ground into dust, but I’m optimistic that this team will reveal more up their sleeves … eventually. Many of the original Astro City creators have been reassembled for this project, with more new work promised. I’m content to wait until then.

I wouldn’t be surprised if World Class turns into the next big thing — a high school drama centered on soccer, it tackles teen angst and issues. I do not have the same expectation for FaZe x Batman, a bizarre series from DC that pairs Batman with guys from a real-life pro gaming team; the fact of this book’s existence is far more interesting than anything inside. DC fans will probably do better to pick up Shadow War: Alpha, crossing Deathstroke with Batman and Robin. There’s two interesting new fantasy titles out this week from Scout: Cities of Magick is a sort of Lord of the Rings meets The Warriors; and By the Horns is a beautiful paperback with inspired creature design. I’m also delighted by Hulk: Grand Design, a new story told in a gorgeous golden-age art and narrative style.
Sponsored