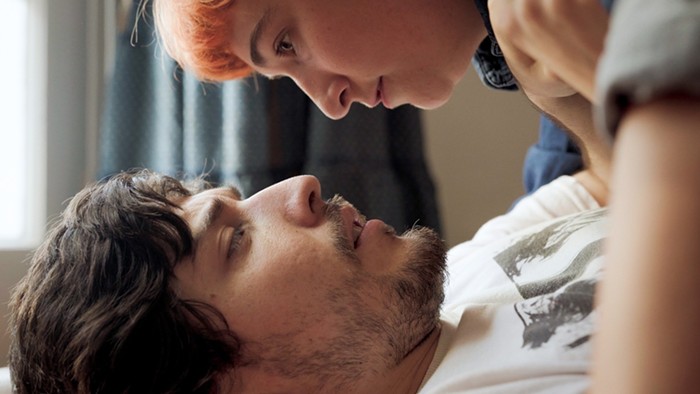 SIFF Senior Programmer Hebe Tabachnik says millennials are going to love Chile's Phantom Project. Courtesy of SIFF
As we begin our first full week of the Seattle International Film Festival, there are a whopping seventeen films from Latin America and Spain to dig into. The Stranger's staff has already recommended some of them, such as Finlandia, which explores the Muxe community in Mexico, and also Piggy, the grisly, violent flick from Spain. To get some more perspective and context on this year's selections from the region, I called up SIFF Senior Programmer Hebe Tabachnik to discuss her approach to piecing together SIFF's Ibero-American Program, and to talk more generally about the surge in new stories and perspectives coming out of Latin American cinema. During our conversation, Tabachnik compared the task of programming to the task of preparing a feast — so let's dig in.

This interview has been edited, condensed, and pruned for clarity.

The Stranger: It’s the first in-person SIFF since 2019—we're back at last! How are you feeling finally seeing SIFF selections back on the big screen?

Hebe Tabachnik: I'm thrilled and ecstatic. I am deeply moved by the resilience of all of us, but, specifically, the staff and volunteers of SIFF being able to navigate this very difficult two years. And being able to survive the devastating time that we lived through, with [SIFF 2020] being canceled a month shy of the festival. [They were able to] sustain the organization for that year and then have the virtual festival last year. So being back is almost like a miracle.

How did you get your start as a SIFF programmer?

I'm originally from Argentina, and I studied cinema in Argentina. I'm a director-screenwriter—I went to the Universidad del Cine, which is now one of the main universities in Latin America. I have a background in dance and theater and some other disciplines.

At some point I moved to LA when I finished my studies, and I started going to the American Cinematheque in Los Angeles. A little bit by chance, I started programming for a series they had there, and from that I kept on going, and then eventually I was called to be a programmer at the Los Angeles Film Festival. Then I was called by Sundance—I was there for four years—then Palm Springs International [Film Festival]. And at some point, Seattle was pursuing me, but it was... a little bit how so many things happen in this industry. People see you and you meet people.

What's your point of view when it comes to programming film for festivals?

It wasn't conscious at the beginning, but at some point I felt like I had a little bit of a responsibility to be a bridge coming from Argentina and Latin America. To bring that region and its richness and complexities and the tapestry of stories and geographies here.

I enjoy very much being able to first discover and then bring all these stories [together]. I've been doing programming for more than 20 years. I normally say that it's like preparing a feast, where you prepare different kind of meals and tastes. Maybe you bring something that is more traditional, but then you bring something a little bit more daring. And—having a Jewish background—you're just happy to see people eating! With cinema it's similar. I really feel enthralled when people embrace a story that we bring to the festival, because we create a new narrative....It's clear that we do our best to create this idea of global humanity. By bringing all these different stories and voices and points of view, we keep that idea alive.

Of Alejandro Loayza Grisi's Bolivia-set Utama, Tabachnik says the film "gives us this beautiful lesson of—this is where I belong, this is my place." Courtesy of SIFF
How would you define Ibero-American cinema? Who gets included in that designation?

We can define it as films from Latin America—which is basically everything from Mexico down to the rest of the continent—Spain, and Portugal. Most of the countries speak either Spanish or Portuguese. It seems that would make it unified, but you would be amazed at the amount of other languages and dialects and the diversity that we have in this region.

One of the things that we've been doing in Seattle is we always have first- or second-time directors. We bring the up-and-coming storytellers, and they bring stories that a lot of the times are stories from the countryside or populations of areas that haven't been featured before in cinema. And it's been happening more and more, thanks to particular policies to create incentives to nurture and fund the production of films.

Like, government policies and incentives in Latin America are helping produce more films?

Yes. There have been cinema laws that have helped develop the national cinematographies in Mexico, Argentina, Chile, Colombia. Some of these countries were the first, but they've been followed by Paraguay, Guatemala, Costa Rica, Peru, Ecuador, Bolivia. I mean, when you look at the history of the cinema in these countries, for many years, it was really difficult to have the access to the funds or the education or the information for certain things. And now with the growth of film festivals, labs, production meetings, the circulation of information, mentors, et cetera, that has made the whole region thrive. You see it when you look at festivals—there are always films from pretty much all of these countries.

At SIFF's press opening, you mentioned that this year the entrants for the Ibero-American program were particularly strong. What did you mean by that?

One of the things that make them especially strong is a skillfulness in the way that these stories are being told. When you look at some of the first features like Sublime or Lullaby or Utama—they are films that I'm mesmerized by. You look at these fresh new voices, but they have already a sort of mature vision of what they want to say.

I want to demystify [the idea that] Latin American cinema is this [one thing]. We are really large and vast, and the cinema this year is proof of that. When you look at where the stories are landing—you have thrillers, but you have daring kinds of films in WTF Program. There are touching documentaries like 7 Lakes, 7 Lies or, or An Elephant on a Spider Web—which we are actually premiering this film of a director that is over 70 years old. That makes me really proud, because we are not just supporting the young, but we want to support anyone who has an interesting story to tell.

I feel like this year, I'm really proud of the fact that it is a very 360-degree way of looking at the region.

What are your "can't miss" recommendations for films in the program?

Phantom Project from Chile—which is a North American premiere—is very fun, very suitable for millennials. So young people please go, you're gonna have a good time! The same thing with Sublime: it's totally a film for teenagers and up. [Another] film for me is An Elephant on a Spider Web, because the subject is hundred and five years old—and she just got my heart. I admire when someone at that age has that will power, even if she's a little bit frustrated with God himself. In the case of 7 Lakes, 7 Lies, which is a story of a person who has ALS and doesn't give up, I think it's something we can all take from. If you are a mother or if you're not a mother, but you wanna learn a little bit about navigating motherhood, Lullaby is amazing. It's a film that got five or six awards in Malaga last month, and it's a first feature. You cannot believe how well-done and amazing the casting and performances are.

Some audiences might remember José María Cabral in a film called Woodpeckers. [This year,] he's bringing a very interesting and not very well known story—at least for people outside the Dominican Republic and Haiti—called Perejil. It's a very heavy period drama, but boy, my goodness it is something that we have to look at because it happened. And these stories keep happening—genocides or persecutions, et cetera. In this particular story—I'm from Latin America, but I didn't know—is about these killings that were carried out by the Dominican government against Haitians. It's something we can also learn from.