The Art Has Landed 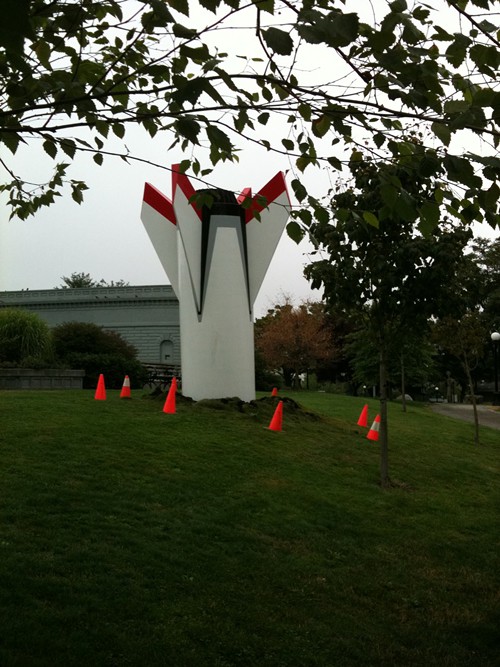 The official opening of MadArt in Cal Anderson Park isn't until August 12, but Jason Puccinelli's rocket has already crashed into the lawn, Alex Hayden's finely crafted and painted skate ramp (at least it looks like a skate ramp) already bears the skids of wear, and the wood skeleton of Casey Curran's disc sculpture is so beautiful that it would be a shame to hide it under a finish surface of any kind—but in case he does, get out there soon while you can still see the bones. 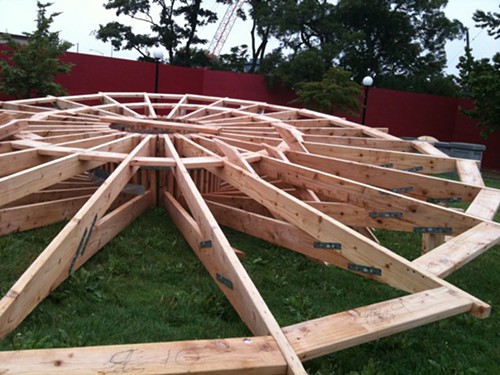 The artists—those three plus Justin Lytle, Amy Johnson, and Stephen Rock, whose works I couldn't find on my trek this morning—are out in the park working all week, using the park as their studios. Talk to them, ask them what they're doing, ask them why they're doing it, bring them a lemonade (or a hot chocolate, for the love of god).

The art will be up through September 12.

More images, including of underwear with jewelry, on the jump. 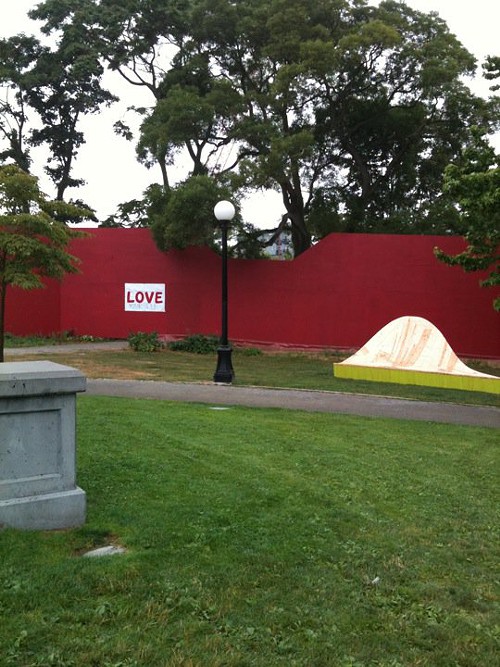 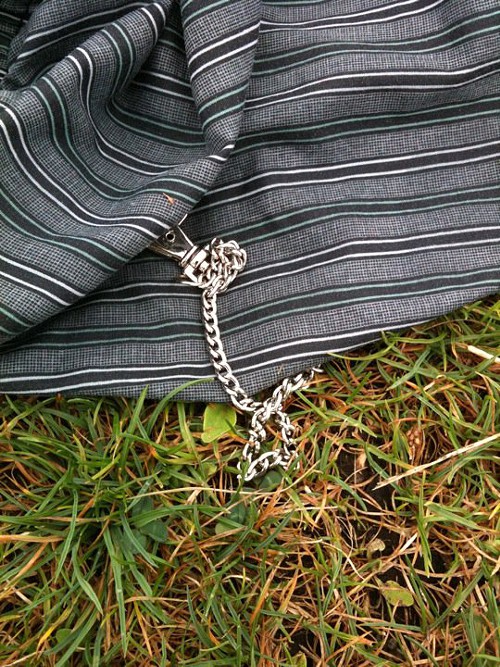 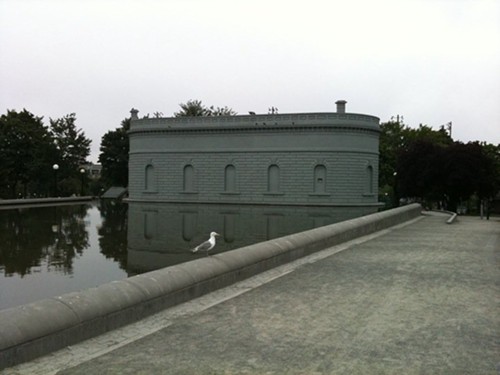 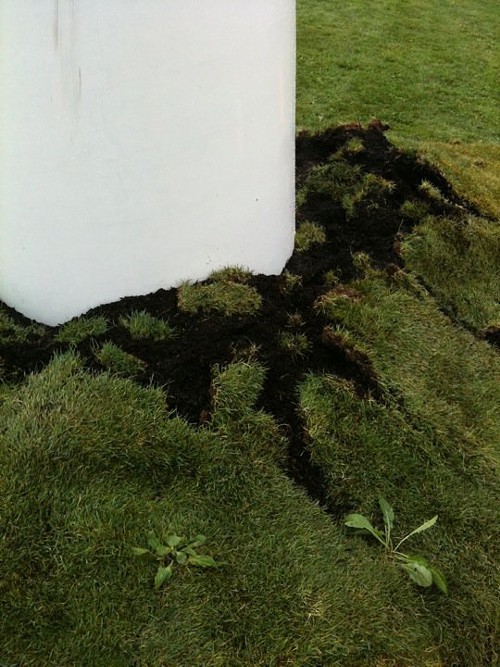 Slog PM: COVID Is Still a Killer, Jeopardy! Faves Return, and a Right-Wing March on Washington Eats Its Own Tail