The problem, as always, begins and ends with the rich. And what do the rich want more than anything else? For things to stay as is. They want today to look exactly like yesterday, and tomorrow to look exactly like today. We can find in this determination to keep things as they are the ruling reason why the entire field of economics has been reduced to just one concern, and one organization to address that concern: the stabilization of prices by a central bank. What can only be tolerated is low inflation. And what low inflation provides is a sameness that protects the value of their assets. (One of Thomas Piketty's most interesting revelations in the book Capital in the 21st Century is that there was no inflation in the 19th century—more about this in another post.)

Rents in San Francisco are three times the national average, and they are rising at a fearsome clip. The housing crisis is even more severe in booming Silicon Valley, where the housing stock has barely increased over the last decade, despite the fact that the region has become a magnet for tech professionals from around the world. When skyrocketing demand meets stagnant supply, the predictable consequence is that housing costs soar and low- and middle-income families find themselves displaced.

What a person needs to earn to afford a market-rate one-bedroom apartment in San Francisco is $30 dollars an hour. So even if the city copies Seattle and raises the minimum wage to $15 an hour, a poor person would need to share the one bedroom to make ends meet at the end of the month. Worst of all, the high cost of San Francisco's stasis hits the environment hard, not only because it pushes the poor (the many) out of the city and into cars but also to places like Houston, places that are affordable but far from green.

The economists Edward Glaeser and Matthew Kahn have estimated that a San Francisco household spends one-fourth as much on electricity as a comparable household in Houston, as coastal Californians have far less need for air conditioning.

But a city must not depend on market-related growth to keep the cost of housing low. This will never work as imagined. Seattle's current rapid growth, for example, will not do the whole trick alone. The best results possible for the poor can only be achieved if our city removes a large part of its housing stock from the market. 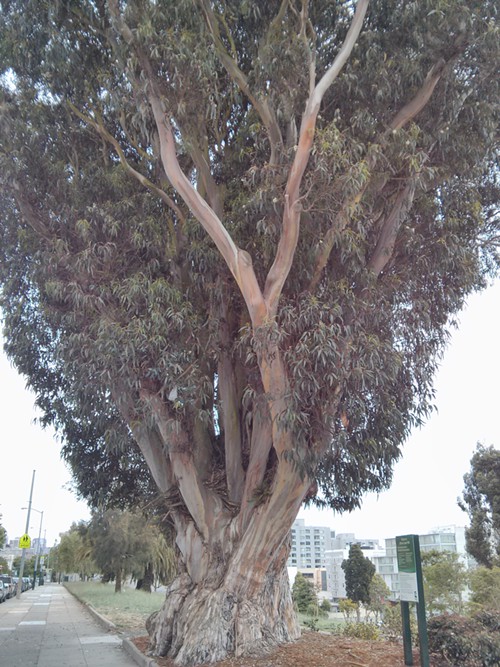 I discuss Edward Glaeser's book The Triumph of the City here. I have Deepa Bhandaru to thank for the tip on the Slate story.