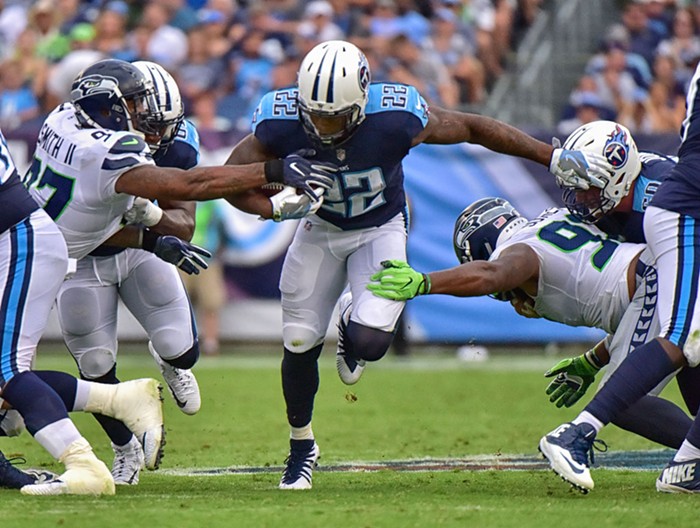 It was not hard for Trump's attack on football and basketball athletes to be racial. Blacks are vastly overrepresented in these sports. But why? The tech industry is only 7 percent black, the NFL is 65 percent black, and the NBA is 75 percent black. The answers are found in social factors and processes.

The decline of black Americans in baseball, for example, has little to do with how it's a "white man's sport." In the 1970s, nearly 20 percent of professional baseball players were black, and its biggest stars, such as Hank Aaron and Reggie Jackson, were black Americans. Then came the decline of black neighborhoods (or what mid-century black sociologists called the Black Metropolis), which, until the 1970s had a middle-class base. Government-sponsored suburbanization and private sector deindustrializtion left us with the "hood" of the 1980s. Baseball became a suburban sport, which is why many of the black MLB players are from the middle classes. (U.S. News provides an excellent breakdown of this social process.)

But in general, blacks are overrepresented in professional sports. Many white Americans will, again, imagine that this has something to do with black genes, black athleticism, black African musculature. But this an illusion that only justifies white dominance in, say, the tech sector. Whites have the genes for that kind of thing: coding, programming, electrical engineering, and what have you. In this view, black dominance in brawn is naturally balanced by white dominance in brains. But anyone who has taught in a US high-school system knows that this balance is strictly imposed on black males. Intellectuality is not just discouraged but not even recognized. When you reinforce this attitude by underfunding education, the remaining opportunities for black success are not found in the classroom but in the gym.

To make matters more cruel, the chances of a young black male becoming a professional sports star are cosmically slim.

I recall reading that a high-school baller had a 0.03 percent chance of making it into the NBA (I heard it was more like 0.001). So many things can go wrong with even a plausible hoop dream; the competition for the few spots in the league is stiff. Becoming a computer programmer is by far a more practical and achievable goal. And yet, we have almost no black computer programmers in the United States (blacks are barely "1 percent of technical employees at Google"). But this fact, the practicality of one profession (programming) and the impracticality of the other (balling), is obscured by, indeed, the overrepresentation of blacks in the latter. This is a disastrous feedback loop. There are no black Jobs or Gates or Bezos, but there are a lot of Kapernicks and Jameses. As a consequence, a position in the NBA or NFL has the appearance of being more realistic than a position at Amazon. And the poorer you are, the more practical the impractical looks.

If the reader returns to the early days of hiphop, they will find an amazing variety of characters, modes, and voices. There was the intellectual De La Soul, the quirky Kwamé the Boy Genius, the Islamic Poor Righteous Teachers, the black militancy of Public Enemy, the Afrocentric feminism of Queen Latifah, the hippy and trippy P.M. Dawn, the gangsterism of NWA, and so on and so on. All of these acts achieved some success. There was a market in the black community for this wealth of voices and modes. But things began to change in the mid-1990s with the inflation of rappers like Tupac and Biggie Smalls and Jay-Z. Labels began to focus on black gangster culture. Eventually, the mainstream was dominated by what sold lots of records in the white suburbs: black men threatening or killing other black men. This social process completely eliminated from the mainstream hiphop diversity. And now white commentators have the gall to argue that "hiphop has done more damage to African Americans than racism" (as sampled on Kendrick Lamar's "DNA"). But, of course, the reason why hiphop is doing so much damage is because the white owners of major labels extirpated all other voices but the most harmful ones. And we now have a situation where the raps of black men killing black men is a normal thing to dance to.