How to Find Yourself in Art 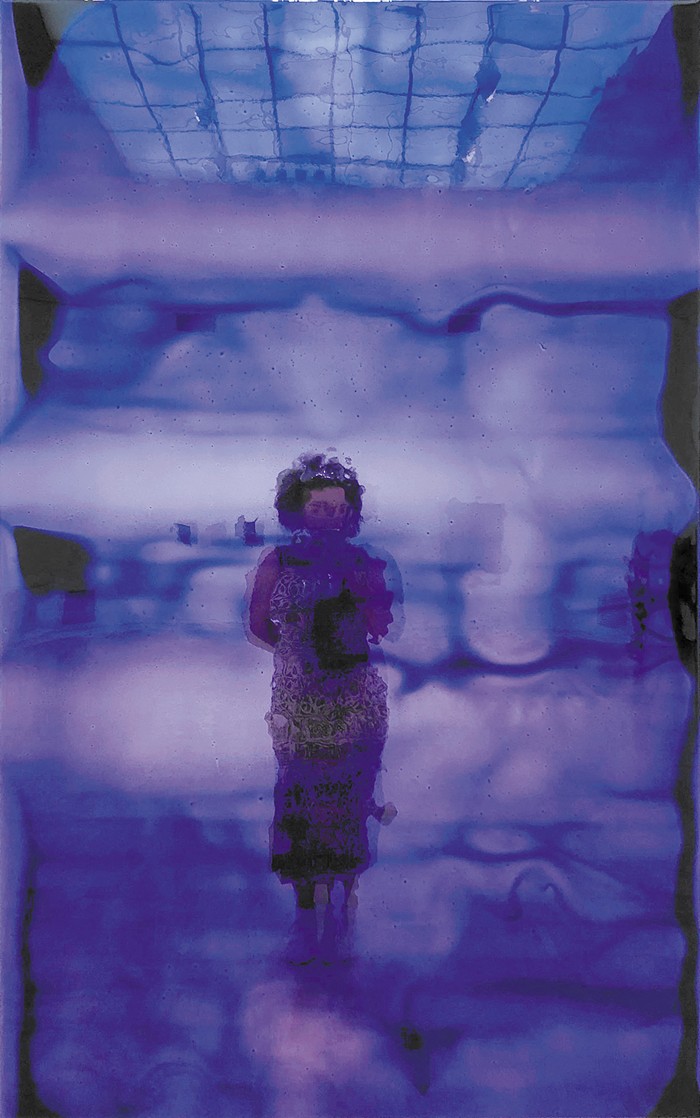 In Carrie Yamaoka's art, you are integral to the completion of the work. Yes, you. With all your awkwardness, pudge, and poorly fitting clothes. Some of her paintings skip the traditional canvas, opting instead for polyester film and resin, giving the surface of her works a reflective and molten-like finish.

The New York artist's first solo museum exhibition, recto/verso at Henry Art Gallery, reflects 30 years of work. It's a huge and impressive show. Yamaoka's work is largely process-based, meaning it focuses on the process—the act of creating the art—as its main subject. It's creation unobscured, placed front and center. And in emphasizing the work's creation, it can help us (the artist and the viewer) think about things like time, transience, movement, beginning and ending.

See Yamaoka's Aluminum works. Arranged in a three-by-three grid, these nine paintings look somewhat like a map of a lunar surface—all gray and static. The abstracted flashes of silver on the surface of the paintings are the result of aluminum powdered pigment responding to the temperature of the resin as it cures, creating an image that's not quite readable or controlled. It's an image of chance and circumstance. And heat. Played out nine times.

Photography is one of Yamaoka's inspirations, especially the process of developing the prints, the moment the image emerges in the developer, not quite becoming anything recognizable. She refers to it as "the moment of suspension, between the process of becoming visible and the legibility of form." This notion of legibility, visibility, and liminality is helpful to keep in mind when taking in her other works.

The most striking piece to me was 72 by 45 (deep blue #3), 2011/2017. Yamaoka has a habit of returning to her works, the two dates representing when it was first finished and when she came back to it, challenging the idea of completion. The painting is composed of reflective polyester film over urethane resin on wood panel, colored a lapis lazuli blue. It's enormous, taking up nearly an entire wall in the airy and commanding gallery, with skylights that let in the softest, most placeless white light.

When looking at deep blue #3, one is forced to become a part of it. Observing is participating. The painting and its reflection distort the viewer in the prettiest of ways. This is my ideal self, I thought as I looked at the painting. Because in marveling in Yamaoka's work, you also marvel in yourself. It's representation in the purest of senses, in that you can literally see yourself in her work—not an abstracted label of your body, say, or your identity, but your body and your identity. Your participation completes the piece.

What's brilliant about this aspect of Yamaoka's work—the reflection, the distortion, the element of chance in how the painting comes out—is its iterative nature. If I go in and look at deep blue #3 tomorrow, the painting will contain a different version than the Jasmyne who gazed at it for the first time. Yamaoka's paintings remind us viewers that our relationship to art mirrors our relationship to ourselves—always changing, never static, not quite capturable, but always there. 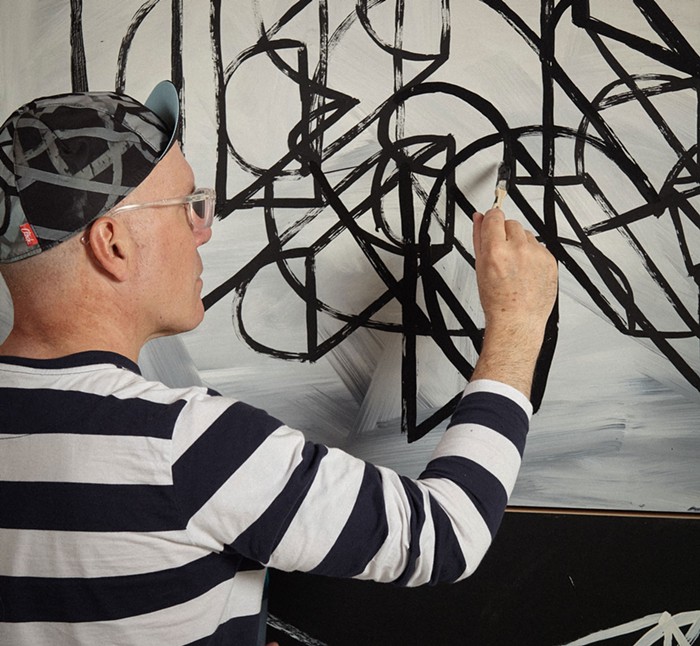