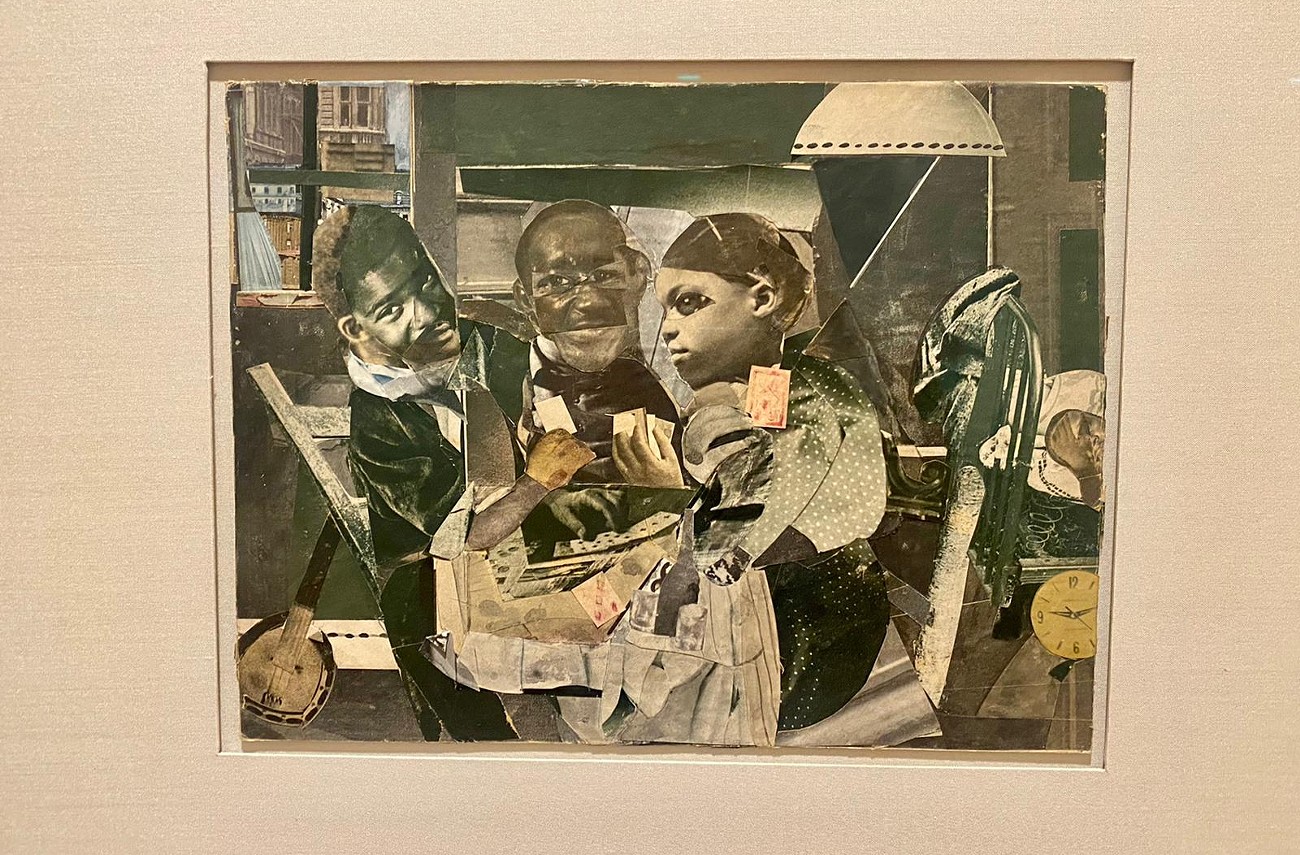 Can you see the Black music in this painting? Bellen Drake

Let’s begin with two forms of Black conservatism. One is social and the other is artistic. For an excellent description of social conservatism, read Ta-Nehisi Coates’ 2008 essay, “This Is How We Lost to the White Man,” about Bill Cosby, the most prominent representative of that position until his fall in 2015. The social form of Black conservatism expresses the feeling that, explains Coates, “black America had lost its way” and the “crisis of absentee fathers, the rise of black-on-black crime, and the spread of hip-hop” not only reversed the “achievements of the 1960s” but was “the black community... committing cultural suicide.”

The artistic form of Black conservatism has different fish to fry. Indeed, the very nature of its program rejects the profit motive and popular culture in general. The artistic position, for example, sees something like The Cosby Show as culturally inferior and even worthless. What matters most instead is technical excellence (listen to Coltrane’s Giant Steps) and deep tradition (read Cane by Jean Toomer) in the production of Black art. These feelings were formalized in 1970 by literary and jazz critic Albert Murray, who included in his circle the novelist Ralph Ellison and the artist Romare Bearden.

In the 1980s, the world-famous jazz and classical trumpeter Wynton Marsalis and controversial culture critic Stanley Crouch entered this circle, which was, as far as I know, exclusively male. Nevertheless, Bearden, who died in 1988, might be the only major artist of the 20th century to recognize and devote an important work to the otherwise neglected genius of the Black composer and pianist Mary Lou Williams, “The Piano Lesson.” (This work, completed in 1983, inspired a play of the same name by August Wilson, an artist whose theatrical productions expressed both forms of Black conservatism.)

What Bearden and Ralph Ellison had in common, according to Albert Murray’s artistic conservatism, was modernism. Now this European movement, which began at the end of 19th century, and peaked in the works by James Joyce, Pablo Picasso, and Arnold Schoenberg, has a complicated history that this post will not sort out. But understand that European modernism has two obviously incompatible sides. One is an emphasis on innovation, the other on the preservation of culture. One looks forward, the other backward, and the two never look at each other. This, I think, is what drove the American poet Ezra Pound to madness. This is also why T.S. Eliot’s The Waste Land is such a beautiful mess. It’s experimental and traditional; it draws from the everyday language of its time and from languages long dead. (In the end, however, Eliot’s mind cracked and he joined the Church of England.)

The same contradictions, but in a Black American context, can be found in Ellison’s only novel, The Invisible Man, and the post-war paintings and particularly collages of Bearden, which were often not traditional in appearance but about the Black tradition and Black roots that went all way back to Africa. Murray, by the way, tried resolve this modernist contradiction in Black conservatism as a theorist and ultimately (one might say even bitterly) failed—but that story is for another post that I’m unlikely to ever write. Murray died in 2013.

Romare Bearden: Abstraction at the Frye Art Museum has two parts. One explores Bearden’s most non-representational works (from 1952 to 1963), and another the period (1964 to 1975) when he boldly combined technological innovations and treatments with Black traditions and textures. It is without a doubt that Murray preferred the second movement (and, to be honest, so do I), as its form of modernism stored the richness and depth of Black American culture and experience. It is in these works, such as “Fish Fry” and “Evening 9:10, 461 Lenox Avenue,” that we can see the music that directly inspired August Wilson, who named Bearden as one of his “4 Bs” (the others being Jorge Luis Borges, Amiri Baraka, and the blues).

Speaking of other forms, my friend, the late Romy Bearden, learned to paint by listening to music— or learned to apply the dynamics of music to painting. But he got it from somebody in his medium. He went down to talk to Stuart Davis about what Stuart Davis had learned from modernists, so-called modernists, in France, and Davis wanted to talk to him about Earl Hines’s use of interval. Bearden realized that he already had a sensibility— his sense of form that he was responding to every day could be applied to the medium he was working in. He became a purely improvisational painter. He’d put something down to see how it relates to another form. Just like playing around on a keyboard.

Romare Bearden: Abstraction, which runs until September 18, has “fifty-five paintings, works on paper, and collages” by the great American artist. Do not miss it.