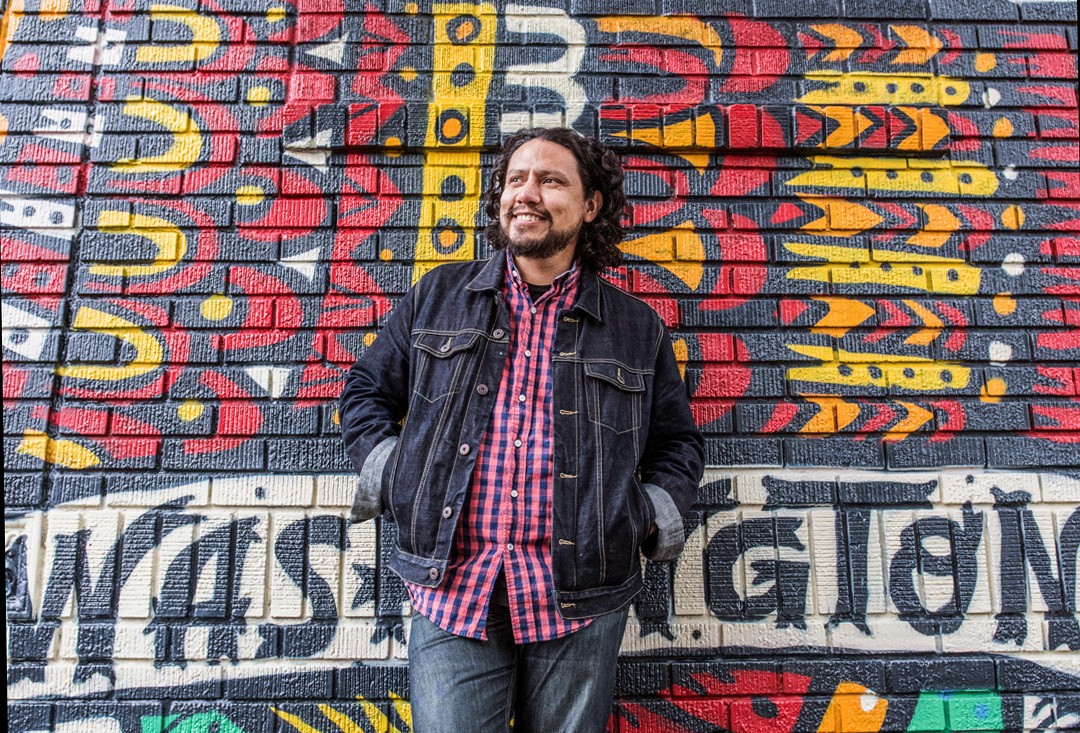 Victor Meléndez is an art director, graphic designer, and illustrator in Seattle, originally from Mexico City. After two years of college for electrical engineering, he made a major life pivot, leaving Mexico for the Pacific Northwest and locking down a BFA in graphic design from Cornish College of the Arts, which led to an internship at Starbucks and eventually an incredible roster of freelance clients including REI, Sub Pop, and KEXP. In our interview, we talk about artistic integrity, graffiti art, and the mesmerizing power of Mexican food.

Your Mexican heritage is such a wonderful, joyful aspect of your work and I love how you reference historical traditions but consistently evolve them to your own distinct look. Is this an active calculation for you, or is it totally instinctive?

I would say it's a bit of both. My heritage is quite important for me—it influenced me tremendously growing up, and obviously still does. I think subconsciously my work is inspired by all the stuff I saw, both as a kid and now as an adult when I go back to visit. At the same time, I try not to rely on that too much, I like to be respectful of the culture and do my own interpretation of whatever inspired me, an old toy, food, a sculpture, etc.

Speaking of “interpretation,” you’ve been the victim of some really reprehensible plagiarism from other artists, which consistently blows my mind—that one artist could be so parasitic to another artist and still sleep at night. How do you deal with that?

Dude, it pisses me off. More so when they are a big company, a semi-well-known artist, or if they are making a profit. In most cases, it’s people who don’t really know what they are doing, other times it's people across the world just bootlegging many artists at once. There’s no way to stop it unless you got time and money for lawyers and emails. So I don’t spend time looking for that because I would go nuts! If I see it, I call it out, same when it happens to friends. But I’m with you, I just don’t understand how a person can copy another person’s work and just be fine with it, I don’t get it.

You and I share a graffiti background, as a teenager I did plenty of large, all-night aerosol pieces (and only got arrested once). How did graffiti affect or influence your approach to letterforms or illustration style?

I was about 16 or so when I started—the graffiti scene in Mexico was just starting out, I think I was in the first wave of taggers/bombers back then. We were hitting up every subway train and telephone cabin, buses, walls, etc. I stopped after a few years and didn’t pick up a spray can until a couple of years ago when I started with murals again and realized what a dumb idea it was to paint a huge-ass mural on rough brick with small brushes and limited time. So I’m learning again. Plus, the paint quality and caps are way better now, you have much more control over the lines.

Regarding letterforms and illustration, I think lettering is more of an influence on me. Back in the day I would try to emulate other graffiti artists and do characters with giant eyes and big hands, I wasn’t super good at it. I liked lettering more and I would try to figure out every piece I saw, study how they made each letter and what made you identify that letter regardless of how stylized it was.

Let’s talk food. Got a favorite Mexican restaurant in Seattle?

Yes! I like La Carta de Oaxaca and Casco Antiguo, but I’m a sucker for the birria at Birriería Tijuana in Burien, the tamales at Carniceria El Paisano in White Center and La Fondita food truck, also in White Center. I usually make my order at La Fondita and then get an esquite (Mexican corn in a cup) at the tiny food truck next door.

Dude, those are some of my favorite spots in White Center. I need to take you to Carniceria El Paisano for the best homemade salsa in the world, but I warn you... it’s muuuuuy picante.

I LOVE SPICY FOOD. Five stars for me, always! We eat so much spicy food that we don’t even notice it until someone points it out. A lot of the candy we ate as kids had chili, all the chips like Doritos or Cheetos, we ate with Valentina sauce, tamarind paste mixed with chili powder, spicy lollipops, all the seasonal fruit seasoned with Tajín. Even at the movie theaters, the popcorn has a dispenser of butter AND spicy sauce! I love the burning in my mouth while I eat a good taco (soft, corn tortilla, of course).

Tags: Visual Art
The Stranger depends on your continuing support to provide articles like this one. In return, we pledge our ongoing commitment to truthful, progressive journalism and serving our community. So if you’re able, please consider a small recurring contribution. Thank you—you are appreciated!
CONTRIBUTE NOW