Please Shut Up About Indica Versus Sativa 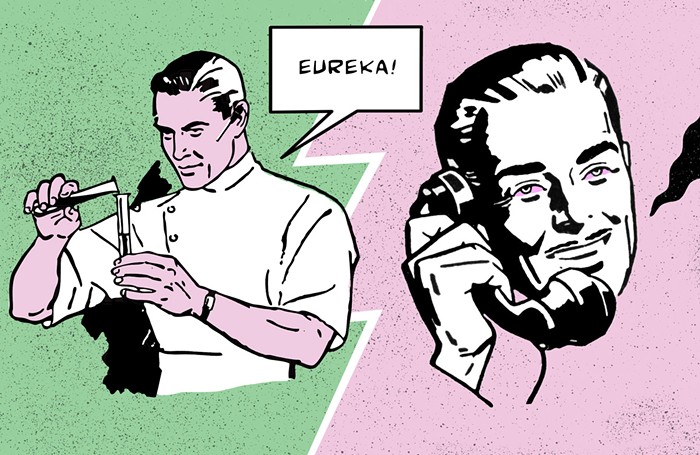 "Are you looking for an indica, a sativa, or a hybrid?"

Anyone who has walked into a legal weed store has heard this question. The majority of pot stores divide their products into these groups, and people who buy weed are used to the distinction—it's older than pot shops are. Supposedly, indica sedates and sativa uplifts. But here's a peculiar thing: That's all bullshit.

The differences between indica and sativa plants are physical. Indicas are short and squat and supposedly come from the mountains of Pakistan. Sativas are tall and thin and supposedly come from the tropics. But according to Ethan Russo, a board-certified neurologist and one of the country's leading cannabis researchers, these outward physical attributes have no power in predicting what kind of high you will get.

"You cannot tell the effects a plant will have based on its shape—the shape of its leaflets, its size, or how tall it is," Russo said. "What we really should be homing in on is the chemical composition of the plant."

Looking at a tall pot plant and deciding that smoking its flower will uplift you is like deciding how sweet an apple variety is by looking at its tree trunk in June. Wouldn't it make more sense to decide the apple's qualities by tasting its fruit in September?

That's what Russo is advocating for—looking at what is actually in the pot flower to try to predict how it will get you high. There is scientific evidence that certain strains produce wildly different effects, and each strain's specific effects are complicated by each individual person's mood, body chemistry, and environment. That's partly why the indica versus sativa distinction is pervasive—it offers an easy delineation when the reality is complicated.

But we do know this: There are hundreds of active chemicals in weed, called cannabinoids and terpenes, that work together to get you high. Cannabinoids interact with your brain's endocannabinoid system; THC and CBD are the most commonly known cannabinoids, but close to a hundred others have been identified in pot. Terpenes are aroma compounds found in all plants, and there's growing evidence that pot's terpenes play a big role in psychoactivity.

Scientists are just starting to understand how these terpenes affect people and have begun attributing effects to individual terpenes. For example, alpha-pinene, a terpene that smells like pine needles, has been found to induce alertness and memory retention. Limonene, which smells like citrus, can elevate your mood and may be anticarcinogenic.

Both terpenes and cannabinoids can be precisely quantified with simple laboratory tests. Providing these lab reports to consumers would be a big step toward more informed shopping. But it's more complicated than seeing a terpene on a lab report and being able to predict that strain's effect. Alpha-pinene might produce alertness by itself, but there's evidence that each individual chemical's effect is mitigated and changed by the other chemicals found in the strain. Jeffrey Raber, a chemist with a PhD from University of Southern California and the scientific director of Bellevue's WERC Shop cannabis lab, explained this at a panel on terpenes two weeks ago at Hempfest.

"You can't extrapolate too far from what basic science has done with only one terpene. It's really whole cannabis compositions that we need to start to understand better," Raber said. "Terpinolene is known to be a sedative, but it's typically found with an energetic effect. By itself it might have one response that the rat or rabbit has in a lab, but together with many other terpenes and cannabinoids it's a very different physiological response."

Another speaker on the panel, Alison Draisin, CEO of Seattle's Ettalew's Edibles, predicted that the indica versus sativa distinction is on its way out.

I think it will be stubbornly difficult to move past the indica-sativa paradigm. Arbitrary distinctions are tough to shed, especially when the alternative is complicated and not well understood. But a messy alternative based on real science is superior to an arbitrary distinction made up by ill-informed people selling pot during its prohibition.