Outdoor-Grown Weed Is Not Only Better for the Environment, It's Also Dank AF

Why does it get such a bad rap in Seattle's pot shops? 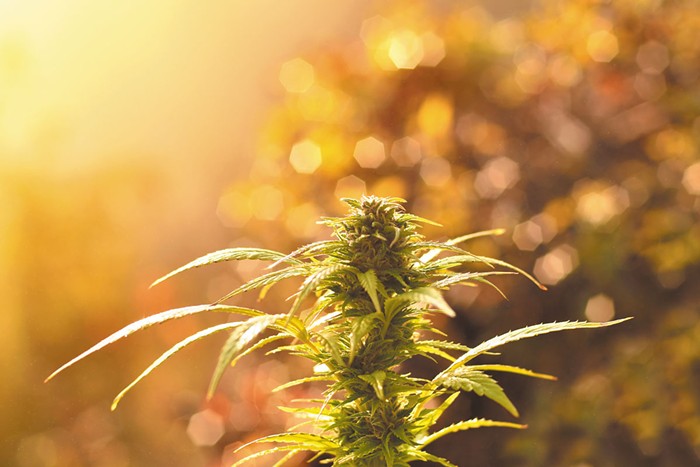 Why does outdoor-grown weed get such a bad rap? GettyImages/Uros Poteko
Tweet

"Pot grown outdoors is really only good for putting into edibles."

"Indoor weed will always be more potent than outdoor weed."

Over the last year, I've heard budtenders say each of these things, contributing to a pervasive myth hanging around Seattle's pot stores. People think that outdoor-grown weed is inferior to warehouse-grown weed, which is total bullshit.

Outdoor weed gets a bad rap because there are a lot of farms east of the Cascades that produce what I call commodity pot—you'll end up stoned if you smoke enough, but it doesn't taste very good and it won't be a very interesting high. Yet judging all outdoor weed by the worst outdoor weed is like judging all pizza by the cheapest ketchup-covered slices.

Pot grown outside, when done correctly, can be flavorful and powerfully potent, and there are plenty of good reasons to support farmers growing weed under the sun.

Don't believe me? Go find some Quantum Kush by RJL Growers ($50 for 10 grams at Ruckus Recreational), a strain with dense green nugs covered in crystals. It smells like a mix of pungent sweet berries and mellow cedar wood. RJL Growers is a tiny farm on the hillside of the Columbia River Gorge.

Jeremy Moberg, the owner of CannaSol, said his pot has more terpenes and a broader spectrum of cannabinoids, the chemicals in pot that get you high, than some weed on the market.

"Outdoor is going to produce a higher rate of other cannabinoids (other than THC), and it's the other cannabinoids and the higher production of terpenes that make outdoor a different product than indoor and, in my opinion, a superior product," Moberg said.

That bag of Double Lemon Cheesecake tested at 19.5 percent THC and 4.6 percent other cannabinoids. The Durban Poison tested at 20.1 percent THC, 0.3 percent CBD, and 5 percent other cannabinoids. Test results can't always be trusted, and Moberg could just be talking up his product, but if those numbers are accurate, then that is some fantastically interesting pot. His weed definitely felt strong and fun to me.

Moberg is one of the main reasons outdoor growing is legal in Washington. The state wasn't going to allow outdoor farming until Moberg and a few other people successfully convinced the regulators to allow sun-grown weed.

The terroir of outdoor weed may be responsible for those complex cannabinoid profiles. Just like the grape vines for winemaking, pot plants absorb their surroundings to produce flavors and characteristics that are unique to the season and the soil. Would you rather your buds were imbued with the August sun of the Methow Valley or the warehouse lights of an industrial park in Tumwater?

If given an option, I'd go with the pot grown in one of Washington's beautiful agricultural counties. It's also the more environmentally friendly choice. Outdoor farming will always use less energy. Indoor farmers need a lot of power to run their lights and fans.

Buying outdoor weed also helps support what is probably the most maligned group of farmers in America. Like all weed business owners, outdoor farmers face a barrage of punitive state regulations and federal laws that leave them exposed to criminal prosecution and sky-high taxes. Combine that with the usual stress of farming (an early freeze or heavy rain in September can doom an entire year's worth of work) and the difficulties of growing weed in the extremely conservative parts of our state (where county governments regularly attack weed businesses). On top of all that, when these growers bring their crop over the Cascades, shoppers in Seattle scoff at it.

"All of this is kind of conspiring to squeeze sun growers out of the marketplace," said Jade Stefano, the founder of Ellensburg's Puffin Farm. "It's a sad situation, and I don't know what the solution is."

Well, I've got one solution, Jade. We could all buy more sun-grown pot. AFTER ALL, IT IS AWESOME. I've been recommending Puffin Farm longer than I've known that Puffin was sun-grown. I just recommended it because it's some very tasty weed.

So go tell your next budtender "there's nothing wrong with outdoor weed," pick up a bag, and smoke the terroir of an August sunset in Eastern Washington.

Welcome Back: Here's a Little Game I Play When I'm Stoned

Bill Would Legalize Growing Pot at Home, With Some Absurd Restrictions

Stoned Notes on a Stone