The Histories of Cannabis and Race Are Intertwined

How imperialism almost erased the history of our favorite plant. 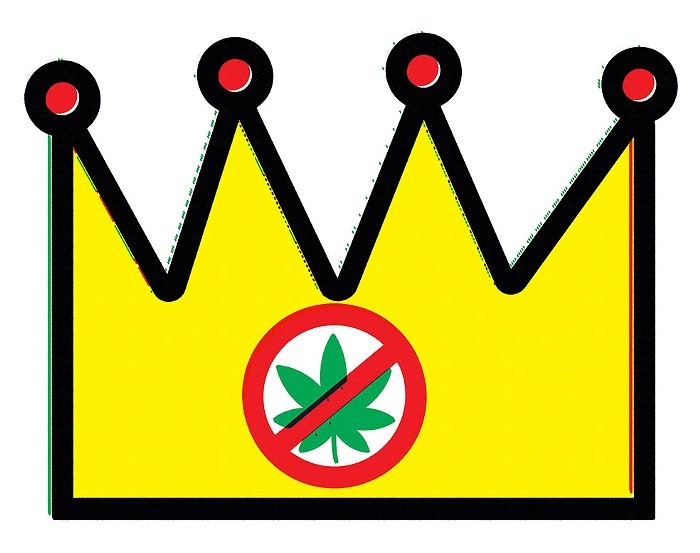 Cannabis history is nearly as long as the history of human civilization, but unlike other agricultural products, the story of weed has often been shrouded in the dark. This is true especially in America, where cannabis’ legacy has long been connected with our country’s institutionalized racism. It’s time for this to change, and a look at cannabis history reveals—perhaps unsurprisingly—that it’s in many ways instrinsically tied to the histories of Black people and other people of color, and therefore something that demands closer study, especially since it doesn’t appear in any of the usual history books.

In 2014, University of Kansas professor Barney Warf published a paper called “High Points: An Historical Geography of Cannabis” in the Geographical Review academic journal, revealing how, even from early days, the shifting borders and population movements caused by imperialism and war affected the history of weed.

Warf writes that cannabis—first grown in central Asia, where it then spread to Arab countries, India, and Southeast Asia—was initially brought to Africa by Arab merchants into places like Egypt and Ethiopia by the 13th century. Known as dagga, its use spread down the continent, and records show it was used by Indian indentured laborers in South Africa for centuries. Cannabis didn’t become widespread in western parts of Africa until World War II, when it was introduced by soldiers serving in the British and French armies. (For this discussion, we are speaking of cannabis used for consumption, and not the plant used for industrial purposes. Please don’t email me diatribes about rope and sails, hemp-os.)

In the 19th century, the British brought 1.5 million indentured laborers from India to the Caribbean, who also brought along their ganja. In an interview with Vice, Warf says, “It was brought to the Americas by the Portuguese, who took it to Brazil, and again by the British, who took it to Jamaica. In both cases, it was used to pacify slaves.” In 1834, when Jamaica and Barbados abolished slavery, these Indian laborers moved there, thus introducing cannabis to Jamaica, where it became very popular. Bob Marley and other Jamaican musicians deserve much credit for helping create a global awareness of weed, which is fantastic, but may also be indirectly responsible for drunken, inaccurate sing-alongs of “Exodus” at frat houses everywhere (“Taxi bus/Movement for Jeb’s sheeple...”).

Warf explains that cannabis entered the United States with two groups: Mexican citizens escaping the violence of the Mexican Revolution, and sailors and immigrants from the Caribbean into New Orleans. Warf concludes, “The black community also began to pick up on cannabis, so that reinforced this racial stereotype that brown and black people smoke cannabis, and white people did not. Because it was used by black Americans and Mexican Americans, it helped to feed into the racist fears and stereotypes that were used to make it illegal in the 1930s.”

THEY CALLED ’EM “JAZZ CIGARETTES” FOR A REASON

It could be seriously argued that Black New Orleans musicians invented jazz with the help of cannabis. Louis Armstrong was a lifetime cannabis enthusiast; he and his fellow partakers called themselves “vipers.” Touring musicians brought cannabis up north, where it gained an appreciative wider following throughout the jazz scenes in Detroit, St. Louis, Chicago, New York, and beyond.

Harry Anslinger, the father of cannabis prohibition (and currently burning in hell for all eternity), took office in 1930 as our country’s first commissioner of the Federal Bureau of Narcotics, an office he held until 1962. Anslinger managed to turn a nation against weed by turning it against itself through racist, alarmist rhetoric. (Hmm, what’s that they say about history repeating itself?) Warf writes that Anslinger “tied marijuana use to jazz, which he despised due to the prevalence of African-American musicians.” Anslinger also said that cannabis moved them to create “Satanic” music, so not exactly a reasonable guy here. In 1937 cannabis was made illegal, thanks to Anslinger spewing forth nonsense like “this was a drug black men used to seduce white women” that “promotes interracial mixing, interracial relationships.” Rot in hell, Anslinger.

In 1971, Nixon announced the War on Drugs. A year later, arrests for cannabis skyrocketed from 100,000 to 420,700, and as with all cannabis arrests to this day, those numbers disproportionately impacted Black communities. Even now in states with legalized recreational cannabis programs such Alaska, Washington, DC, and Colorado, cannabis use is nearly equal between Blacks and whites, but Blacks are still arrested at a rate of up to 10 times greater than whites. Overall cannabis arrests are down, but still not equal.

Targeting communities of color and playing into conservative biases and fears was part of the War on Drugs’ very design. Nixon’s Chief Domestic Advisor, John Ehrlichman, infamously told Harper’s magazine in 1994, “The Nixon campaign in 1968, and the Nixon White House after that, had two enemies: The antiwar left and black people. You understand what I’m saying? We knew we couldn’t make it illegal to be either against the war or black, but by getting the public to associate the hippies with marijuana and blacks with heroin, and then criminalizing both heavily, we could disrupt those communities. We could arrest their leaders, raid their homes, break up their meetings, and vilify them night after night on the evening news. Did we know we were lying about the drugs? Of course we did.”

But that was 50 years ago, so surely we’ve progressed around matters of race and cannabis since then? Ha ha, oh you.

We need only look to, I dunno, January 2018, when (white, 75-year-old, Republican) Kansas State Representative Steve Alford responded at a town hall meeting to a comment regarding the potential economic benefits of cannabis legalization in Kansas. He said—and this is an actual quote:

“What you really need to do is go back in the ’30s, when they outlawed all types of drugs in Kansas... What was the reason why they did that? One of the reasons why, I hate to say it, was that the African Americans, they were basically users and they basically responded the worst off to those drugs just because of their character makeup, their genetics.”

Alford later apologized, but not before insisting, “Basically, I got called a racist, which I’m really not.” He also sputtered, “There are certain groups of people, their genetics, the way their makeup is, the chemicals will affect them differently.”

While cannabis and the hippie culture of the 1960s were inextricably linked, overt weed references in popular music had largely receded during the MTV era, with chart toppers like Bon Jovi, Madonna, and Michael Jackson not mentioning cannabis in any of their songs. But as hip-hop emerged as a cultural force, rappers made it a part of their music, stage shows, and merchandise. Snoop Dogg, in particular, has gone on to create a wildly successful multi-faceted canna-empire, including branded strains and the website merryjane.com, among other endeavors, while simultaneously staying in the mainstream by doing things like hosting TV shows with Martha Stewart.

With recreational use programs now in place, talk has finally begun turning toward addressing the cannabis-related injustices and inequalities in Black communities. These discussions range from no-charge expungements for those with cannabis related arrests to equity programs such as those in Los Angeles, Oakland, San Francisco, and Sacramento—programs that include no-interest loans, technical assistance, business incubation, and allocating half of new cannabis business permits to equity businesses.

Given the industry-specific obstacles already in place—lack of banking access, punitive tax codes, restrictive land-use laws, and high license and permit fees—these equity programs are just the first steps in helping to level the playing field for those seeking entry to the industry. They’re a step in the right direction in helping to address decades of racist Drug War policies that have decimated entire communities of color, but it can’t stop there.

The manner in which we accept how this country has treated, and continues to treat, people of color and cannabis is crucial. As we build this industry, we should make sure to prioritize support and inclusion for POC, as economic parity is a meaningful step towards social justice. It doesn’t erase decades of horrors, but it acknowledges the past and takes concrete steps to help present and future generations. That’s a damn good start.