Falling in Love With a Stoner

The trickiness of being in a mixed couple. 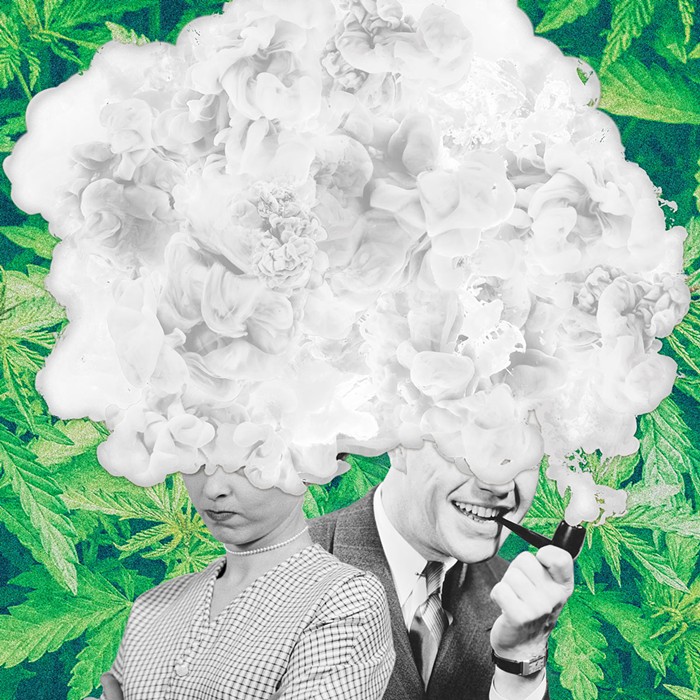 The biggest complaint I got from girlfriends was that weed changed me. When I'd point out that it changed me for the better (and probably had less effect than a daily dose of Prozac), this was viewed as evidence that I cared more about weed than I did about the relationship. Which was true.

Luckily for me, I finally met a woman who loves to get high as much as I do. Which means that instead of fighting about how much money I spend on weed, we can fight about how much we spend on weed. But not everyone has been as blessed by the Tinder gods as I have.

"I think it's fair to say that me being a cannabis journalist has cost me a few dates," says Alex Halperin, cannabis advice columnist for the Guardian and the host of WeedWeek, a podcast about the weed business. But, he adds, it's probably gotten him a few dates, too.

As for whether or not mixed relationships can work, Halperin says it depends on the couple. A budtender might not be compatible with a weetotaler, but for people willing to compromise, it may be a nonissue. When I asked if he would date someone who was passionately opposed to cannabis, Halperin said, "Well, they probably wouldn't date me."

If a compromise can't be reached, there's always the option to lie. Marcus (not his real name) has been married for 14 years to a woman who hates that he smokes weed, so he does it in secret. Thanks to the advent of vape pens and other products that make it possible to get stoned without reeking of old bong water, being discreet is easy in recreational weed markets like Seattle.

Unfortunately for Marcus, he lives in one of those conservative states in the middle of the country where weed is still prohibited. If there are vape pens in Oklahoma, he's never seen them. "I smoke a couple times throughout the evening," he told me. "I usually pop out to the garage for a quick bong rip and avoid close contact until the smell dissipates."

Marcus didn't ask for relationship advice, but I gave him some anyway: divorce. He seemed to think I was kidding, but when Marcus eventually comes to his senses, there are dating apps specifically for people who smoke. The one I downloaded, High There, only showed me users in Chicago for some reason, but there are old-school matchmaking services, too. Highly Devoted, a California-based service, actually screens and interviews clients. Instead of an algorithm doing the pairing, it's a human. They also help plan dates.

"A meal is always a good option for a first date," said Molly Peckler, the company's founder. "We suggest that our clients don't arrive high. We want to make sure they are aware and bright-eyed, but we do provide suggestions if you want to bring cannabis along."

Peckler said there's a growing market for this kind of service. "Even though cannabis is becoming legal in more and more states, it's not like you can go to a bar and find these people."

Perhaps this will change as cities and states open consumption lounges. But until then, you can always do what I did: Look for the tree emoji on Tinder.