The Right Pot for Treating Anxiety

Some chemicals in pot can create paranoia, but others can induce calm. 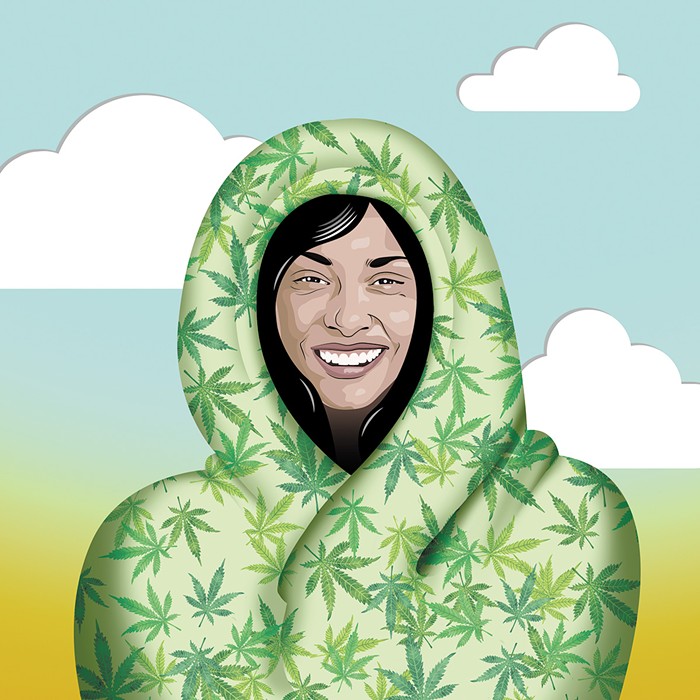 Jonathan Sims tried to kill himself earlier this year. The 36-year-old, struggling from crippling anxiety and depression, jumped from the roof of his West Seattle apartment building hoping the plunge would end his suffering, but it didn't. Instead of dying, he became paralyzed and now uses a wheelchair.

Museum of Glass is open! Enjoy live glassblowing in the Museum Hot Shop and exhibitions, including:
Transparency, Counterparts andRené Lalique: Art Deco Gems. Click for details on events and activities.

Sims, who asked that his real name not be used in this story, is now trying to rebuild his life—and pot is helping him get there.

"I think cannabis works so well because it is mostly relaxing," Sims said. "Everything feels more enjoyable because I have less anxiety around activities. The grocery store sounds appealing, dinner with friends is inviting, going to the movies seems fun."

Sims said he combines traditional mental health care with a mix of CBD tinctures, vape cartridges, and edibles to treat his anxiety. This might surprise you—one of the most famous effects of pot is its ability to create paranoia and fear—but there's actually clinical evidence that certain chemicals in pot really can help people diagnosed with anxiety.

When researchers at the University of Colorado gave people diagnosed with anxiety 25 milligrams of CBD every morning, the patients almost immediately reported a drop in noticeable anxiety. "CBD displays promise as a tool for reducing anxiety in clinical populations," according to their peer-reviewed study published earlier this year.

A Brazilian study published in 2011 found evidence of CBD's effect on anxiety in human brains. The researchers gave people diagnosed with social anxiety disorder 400 milligrams of CBD while the patients were connected to neuroimaging machines. The neuroimaging results showed changes in blood flow in areas of the brain that the researchers predicted anti-anxiety effects would be demonstrated, and the patients self-reported a significant reduction in anxiety.

Both of these studies found promising evidence but also called for more research, which is what's happening in Canada right now. Tilray, a $2 billion pot company, is currently conducting a large-scale clinical trial on CBD and anxiety with McMaster University in Ontario. They expect to publish their results next year.

Sunil Aggarwal, a board-certified doctor who has an MD and a PhD from the University of Washington, said, "CBD is a proven anxiety killer." But he also cautioned: "There's a lot of problematic and unhealthy use of cannabis, just like anything that is powerful and psychoactive. It might also lead to not getting at some of the root conditions of anxiety."

Aggarwal helps people at his Advanced Integrative Medical Science Institute in Eastlake learn about how cannabis and other natural medicines can help them treat various ailments. He said cannabis should be "part of a balanced, holistic approach" to mental health care, used under the advice of a mental health care provider.

Aggarwal also cautioned that not all pot is the same. Weed is full of hundreds of active cannabinoids (like THC and CBD) and terpenes (like pinene and linalool) that create different effects. That's why some people can get debilitating panic attacks after smoking weed, while for others it can make anxiety stop in its tracks. Just like there's clinical evidence that CBD fights anxiety, there's also clinical evidence that THC can create anxiety and paranoia.

But if people with anxiety find the right type of pot and combine it with good mental health care, it could help treat their anxiety. Sims has been unemployed since his suicide attempt, but he said pot is helping him get back to trying to find a job.

"If anything, cannabis has made the idea of work more appealing to me," Sims said. "It lessens my anxiety around my limitations for employment."

Coming Very Soon: It's SPLIFF—the Fantastically Fun Film Fest by and for Stoners!