Get Your Tickets Now, Early-Bird Pricing Only Available Through December 31! 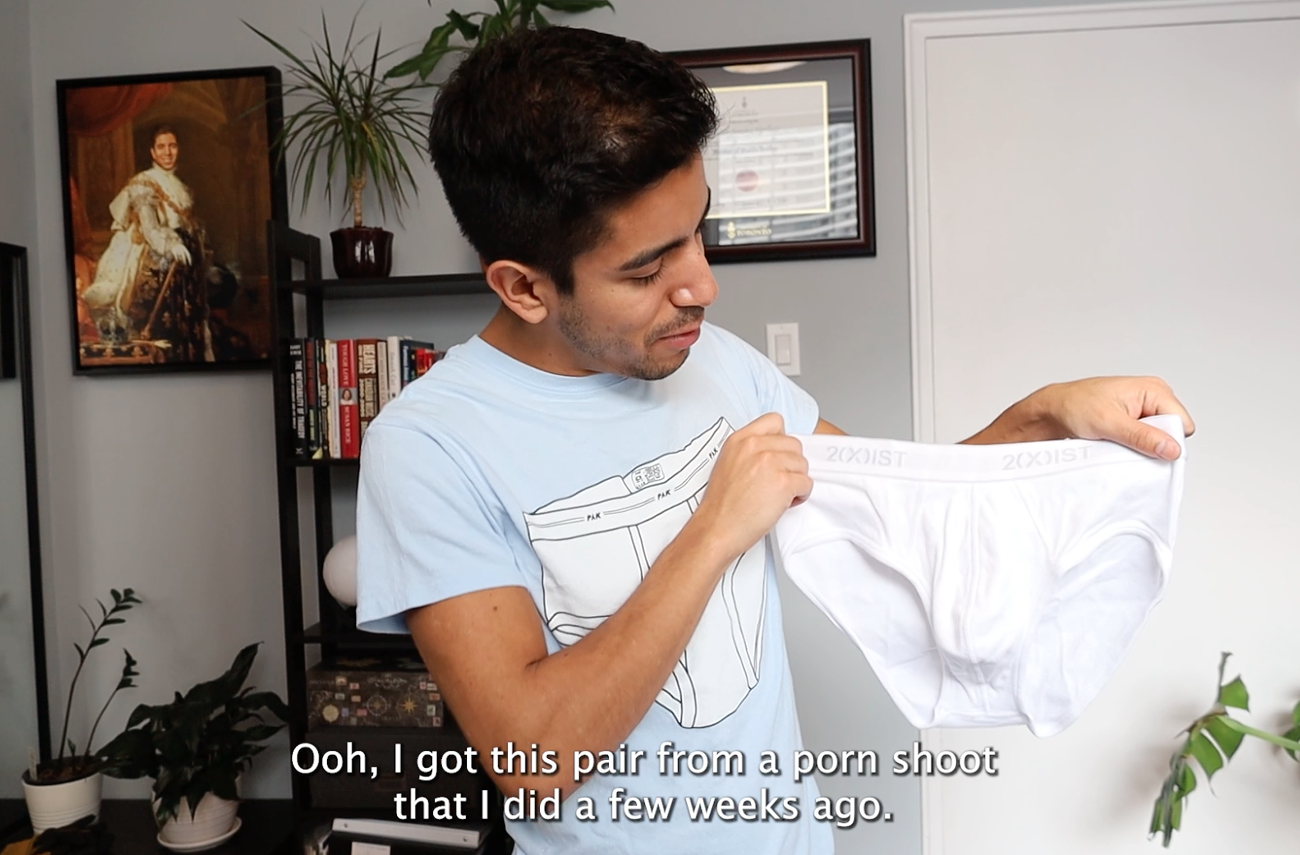 He's got lots more where these came from! Courtesy of The Boy with the Tighty Whities

A brand new lineup of sexy, dirty, funny, kinky, hot, and weird short films will premiere at On the Boards on February 23, with showings every weekend through March 11. And tickets are ON SALE NOW! What's more, all screenings will be hosted by the very hilarious Betty Wetter, who also... wait for it... STARS IN ONE OF THE HUMP! FILMS! Why am I yelling? Because early-bird tickets are only available through December 31! Once the clock strikes 2023, prices will go up and HUMP! screenings will start selling out like they always do so GO GO GO BUY BUY BUY!

What's that? You'd like me to calm down and tell you a few more enticing details? How's this: The official 2023 HUMP! Film Festival lineup IS HERE!

It was all such a blur: quicksand, glitter, a surprisingly massive amount of food, a stapler, a shower curtain, one of those large plastic syringe-like thingies, mustard, a car jack being used in ways I could never imagine, and more mustard! So which movies made the cut?