After a recent rash of Seattle restaurant and bar closures, things have righted themselves (economy be damned!) with approximately 97 openings in the last few weeks. Approximately 94 of them are on Capitol Hill, and pretty much all of them look great (hence all the ★s). Eerie! Let us know if you've tried them in comments...

★ BAKO on Capitol Hill: Bako (pronounced BAH-ko) is a very cool-looking “new modern Chinese” place on Broadway, where the beloved retro Chinese dive the Jade Pagoda used to be. Owner Keeman Wong grew up in a restaurant family in Richmond, B.C.; the chef’s background includes, oddly, Brendan’s Irish Pub in Camarillo, California, as well as private cheffing for unnamed celebrities. Wong cites the (excellent) movie In the Mood for Love as an aesthetic inspiration; he says that the Hong Kong/Cantonese food is local/seasonal-oriented, and the bar program is likewise high-minded. Early word is that it’s really good. (In contrast, the Jade Pagoda got shut down by the health department for “Material found in food (e.g. moldy, dented cans of food, bugs in food),” the presence of pests and improperly labeled toxic chemicals, and “pooling of eggs.”) ($$)

★ MARCHÉ in Pike Place Market: Seattle’s poshest French restaurant Campagne has become the bistro Marché (not to be confused with Greg Atkinson’s forthcoming Marché on Bainbridge, though it certainly is confusing)...

...The remodeled interior looks nice: understated retro with a bigger bar and lots of energy where before all was hushed. Chef Daisley Gordon’s very fine work, featuring Pike Place Market everything, should taste just as good without a white tablecloth under it (and even better with entrees approximately $10 less each). Also: an Enomatic wine system for lots of wines by the glass. And still: the platonic ideal of a courtyard. ($$–$$$)

★ ALTURA on Capitol Hill: Chef Nathan Lockwood is making local/seasonal/foraged/organic/etc. Italian cuisine at Altura, across the street from also-brand-new Bako. The interior is rustic/reclaimed, with an antique angel from a chapel in France that was bombed during World War II, according to co-owner Rebecca Lockwood. (The couple met at the Broadway Dick’s. Awww!) Also: an open kitchen with counter seating and an antique oak chef’s table. Sommelier Guy Kugel was wine director at Flying Fish, and along with private supper club The Ruins, chef Lockwood’s resume includes Fleur de Lys and Acquerello in San Francisco, which bodes pretty damn well. ($$$)

★ MEZCALERIA OAXACA on Queen Anne: The new sibling to Ballard’s very-much-loved La Carta de Oaxaca looks great—it’s got every mezcal available in Washington State and a smoker in the back room for the barbacoa de cabrito (smoked goat!). ($$)

★ SAVAGE STREET CUISINE on Capitol Hill: This pop-up at Volunteer Park Cafe is brought to you by two chefs from Rover’s, Kalen Schramke and David Howe (the latter has additional experience at Lampreia, Lark, and Brasa—impressive). The plan is to host dinners monthly, starting with a Southeast Asian menu on October 24, then eventually Savage Street Cuisine will become a food truck. It may or may not be named after Dan Savage. ($35/person with wine/beer extra)

★ LLOYDMARTIN on Queen Anne: Chicago native Sam Crannell (Quinns, Oddfellows, and, very briefly, 5 Corner Market) serves small plates and beer and wine at this Queen Anne place named after his two granddads. He told Allecia Vermillion at Eater Seattle that his food will be “affordable and still inventive, clean and delicious.” ($–$$)

★ OOLA DISTILLERY on Capitol Hill: It’s not technically a bar or a restaurant, but still noteworthy: Oola Distillery makes hand-crafted batches of premium distilled spirits—i.e., sweet, local booze—across from Skillet Diner. Try it (and if you like it, buy it) in their tasting room.

★ THE COTERIE ROOM in Belltown: In the old Restaurant Zoe location, the Coterie Room is the third venture from decorated chefs Brian McCracken and Dana Tough (Spur Gastropub, Tavern Law). While those under 21 are allowed, they’d better behave—it’s got chandeliers and “elegance and class,” if the gents do say so themselves. They also promise “approachable and delicious, good American classics.” (Entrees are $17 to $35, leaning towards the latter, which may not seem so approachable to some of us.) “Coterie,” in case you’ve forgotten, means “an intimate and often exclusive group of persons with a unifying common interest or purpose.” ($$$)

★ MOMIJI on Capitol Hill: The team behind Umi Sake House and Kushibar present Momiji, in the former Dawson Plumbing location on 12th between Pike and Pine. According to Seattle Metropolitan, owner Steven Han was inspired by the culinary tradition of Kyoto—however, the normally very formal kaiseki menu is available a la carte, and there’s tons of Umi-style sushi (that is, big rolls with lots of sauces and aioli and names like Badboy, Street Fighter, and Lucky Leprechaun). The highly designed space features custom woodwork and a courtyard. There will be DJs. Starred for those who like big rolls/design/DJs. ($$) 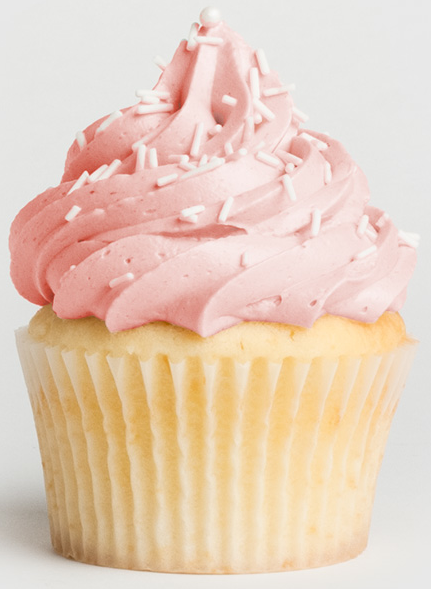 ★ CAKE ENVY in Green Lake: “Have your cake—and your cupcake too!™” at this sustainable/natural/organic Green Lake bakery from Starbucks alumna Helen Noh—including “a special ‘Cupcake Sampler Flight’... for the sweet-tooth fans who want a nibble of more than one decadent flavor.” Also: “charming indoor and outdoor seating,” chandeliers, champagne. You go, girl. Starred for the sweet-tooth fans. ($)

★ GEORGETOWN ESPRESSO in Georgetown: This 12-seater coffee shop occupies what was once two rooms in the Chief Seattle Motel on East Marginal Way—owner/operator Sue opened it after a friend purchased the defunct motel. Sue is serving Stumptown Coffee, Mighty-O Donuts, and—coming soon—breakfast sandwiches with eggs, ham, provolone, and pesto. Starred for the Chief Seattle Motel! ($)

ALSO! A LA BONNE FRANQUETTE in Leschi · MILSTEAD & CO. COFFEE in Fremont · NEW YORK CUPCAKES in Madison Valley · RANEY BROTHERS BBQ on the road · and WATERFRONT SEAFOOD GRILL on the waterfront has been "rebranded" AQUA BY EL GAUCHO

Thank you to trusty Chow intern Christina Spittler for fact-finding and etc.!

Comments 7
Tags: Food & Drink Blogs
The Stranger depends on your continuing support to provide articles like this one. In return, we pledge our ongoing commitment to truthful, progressive journalism and serving our community. So if you’re able, please consider a small recurring contribution. Thank you—you are appreciated!
CONTRIBUTE NOW