Hey David Letterman, Is it Too Late to Get That Jacket? 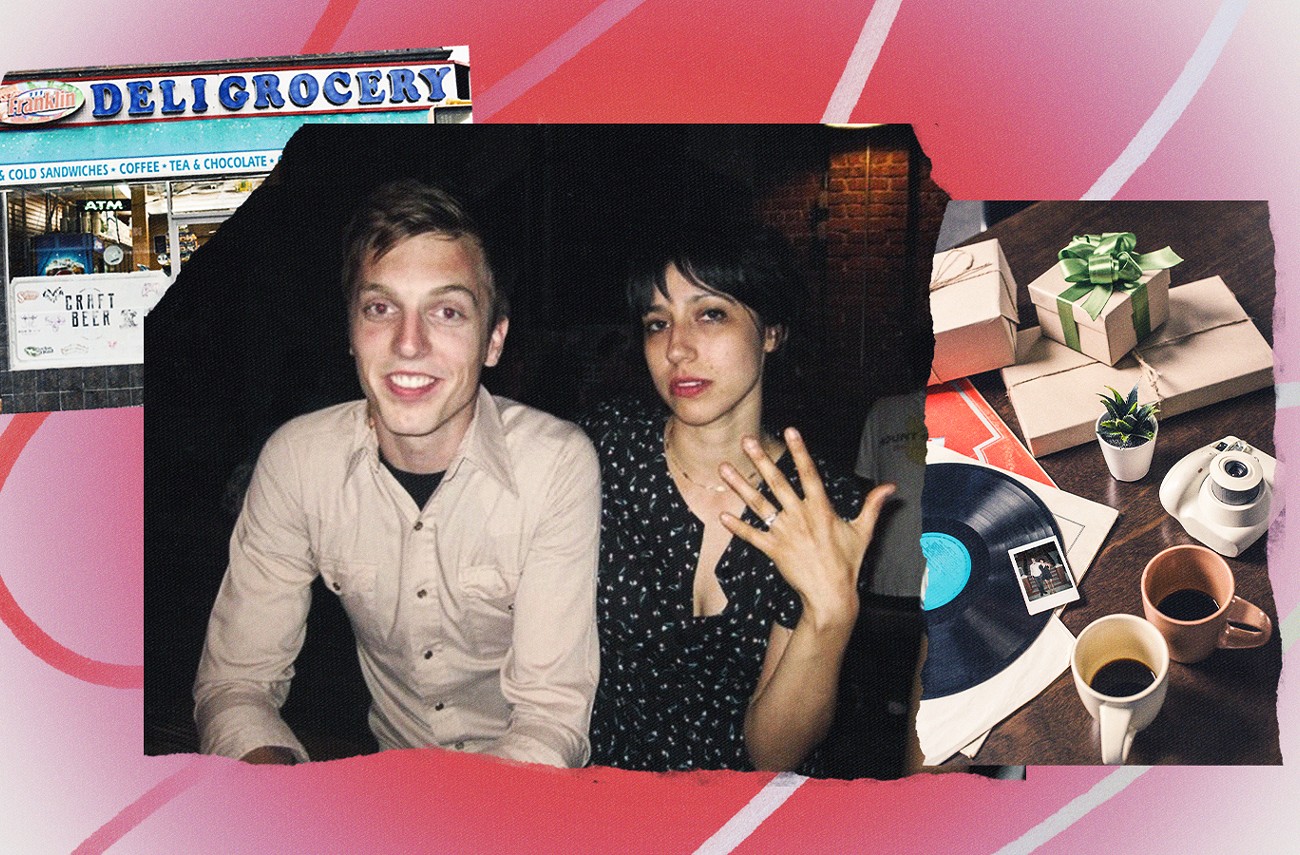 Welcome to another installment of From the Backseat, where I ask artists to tell me a story from their time on the road and then I retell it however I want! It’s like a trust fall but dumber!

Jessica Dobson has seen a lot of the world from a bus. She’s been a hired gun for artists like Beck, Yeah Yeah Yeahs, Spoon, and the Shins, and she has also been performing and recording with her Seattle-based band Deep Sea Diver for more than a decade.

I fully expected her to tell me a good story—there’s a wealth of experience to pull from—but what I didn’t expect was a sweet, vulnerable story about how life not only continues to happen on the road for artists but often comes together on the road. It’s a story where being blinded by new experiences can both open us up and send us into orbit. It’s also a story about David Letterman being a fucking weirdo.

I spent a week in New York City on my first tour with Beck, which I look back on with both fondness and amusement because it was a defining moment for me in so many ways.

I was a baby in 2009. Not literally, but it was my first big touring experience with playing shows all around the world. I was absolutely not used to anything about touring being lavish or fancy, so when we were put up in Robert DeNiro’s hotel for a week of promo and shows I immediately called up a bunch of friends from all over and invited them to join me for a weeklong sleepover with access to the open bar. Every single one of them said yes, which meant 12 of us ended up staying in that suite.

My now-husband Peter (Mansen) came out from Seattle to join us, too. We were best friends at the time, and I was very loosely dating someone in the Cold War Kids, but I had this sneaking suspicion that Peter was going to tell me he had feelings for me. The whole experience was so surreal and new, I felt like I was in outer space. Peter even brought me a huge box of gifts from Seattle—coffee, books, records. But I couldn’t process any of it.

I started the week playing on television for the first time. It was David Letterman’s show, and the performance went all right—Beck forgot a few of the lyrics, but we got through it, and by the end, I was feeling pretty dazed having just played a late-night show. As I was coming down from that, a girl with extremely blunt bangs approached me. Maybe it was just the bangs, but she seemed very serious and austere. She pulled me aside and said, “Excuse me, but Mr. Letterman would like to give you his jacket.”

I asked her to repeat herself so I knew I hadn’t misheard. She offered absolutely no explanation, and this was right around the time of the scandal with Letterman cheating on his wife. Was it a come-on? Was it just a nice souvenir? Did he just hate that jacket? I was confused, so I politely declined. Which is so stupid, because now, 13 years later, I really wish I had Letterman’s jacket.

That’s how the week started.

What I didn’t know was that my friends had pulled Peter aside and told him that if he didn’t finally confess his love to me, they were going to do it for him. He had barely eaten or slept those first few days in New York—he kept pacing around the jam-packed suite like the Energizer bunny.

But he did it. He pulled me aside outside of a bodega while we were walking around and told me how he felt. It was hands-down the most romantic experience of my life—I had never had anyone tell me they loved me quite so beautifully. Of course, because I was avoiding everything and felt like a fish out of water in a thousand ways, the first words out of my mouth were, “Thank you. I see you as a brother.” He went back to Seattle having gotten his answer. I went home without Letterman’s jacket.

Don’t worry, I very quickly pulled my head out of my ass and realized I loved him, too. We got together, and a year later we were on tour together, in Deep Sea Diver, opening for Conor Oberst in New York City. During that trip, Peter proposed to me only a mile away from where he first told me he loved me. It was perfect, and none of our friends had to convince him to do it this time.

Did I mention that I really wish I had gotten Letterman’s jacket?

(Author’s note: Seriously, though, can someone get Blunt Bangs on the phone and give me MORE CONTEXT FOR THIS JACKET SITUATION?!)

Deep Sea Diver play their Christmas extravaganza shows at the Crocodile Dec 16 (with Byland) and 17 (with Racoma).

Read the previous installment of From the Backseat, featuring Death Cab for Cutie, here.

Comments 4
Tags: Music
The Stranger depends on your continuing support to provide articles like this one. In return, we pledge our ongoing commitment to truthful, progressive journalism and serving our community. So if you’re able, please consider a small recurring contribution. Thank you—you are appreciated!
CONTRIBUTE NOW