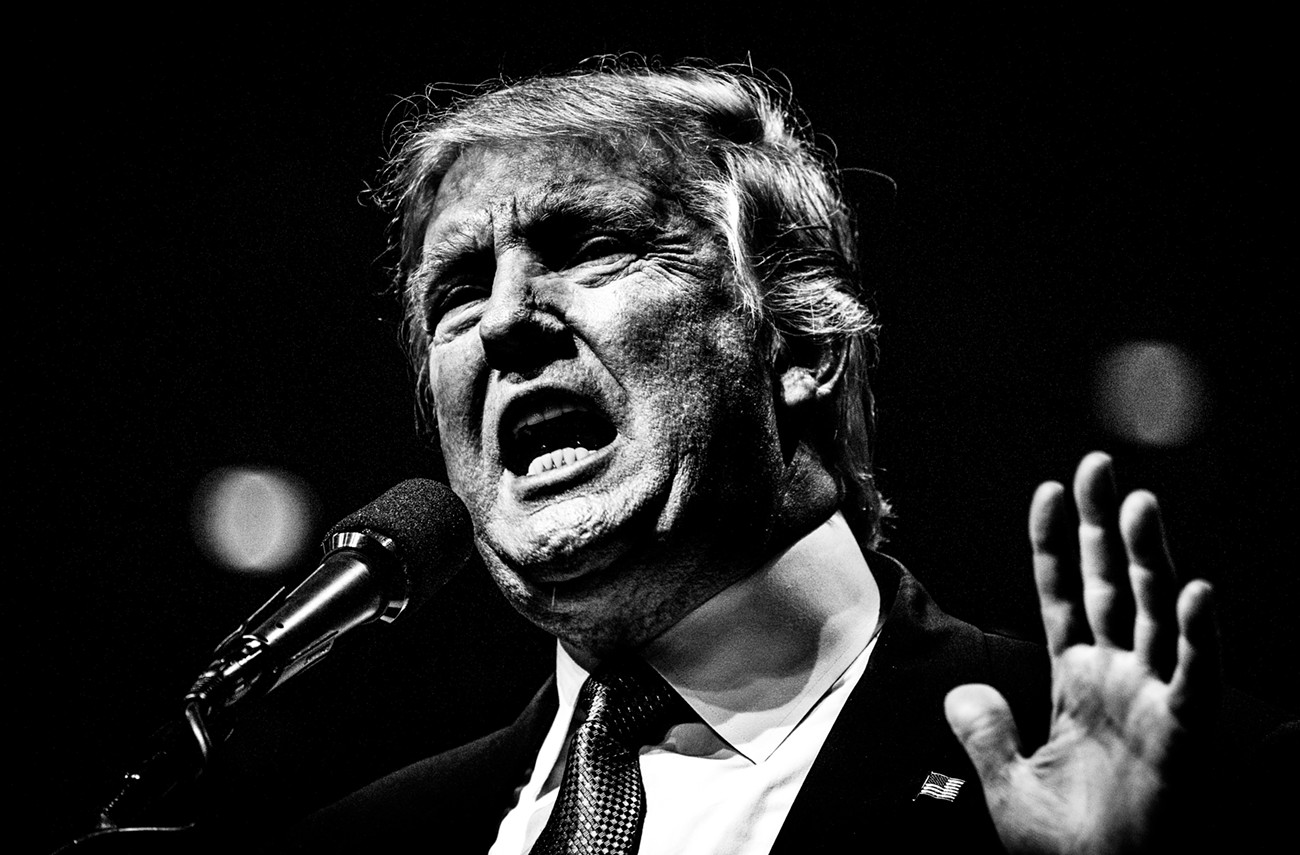 Use those majorities, Democrats: After squashing their Republican opponents in swing districts across the state, Democratic leaders in Olympia have promised significant action on gun violence prevention. State House Rep. Liz Berry and state Senator Jamie Pedersen outlined their party's agenda in an op-ed for the Seattle Times: ban assault weapons, require in-person permitting and safety classes as a precondition for purchasing guns, and making gun manufacturers liable for the damage their products cause. That all sounds great! Now do progressive taxation.

Yes, he's back: Trump announced his run for president in 2024 last night. I'm already exhausted. Nothing new or notable about this, aside from the mounting criminal probes into Trump's attempts to overthrow the 2020 election. The only question really left to answer about his candidacy is whether the same mainstream media outlets who amplified his every utterance in a devil's bargain for ratings will do better this time around. I'm not holding my breath.

This has to be a bit at this point: I mean, Haberman has to be aware that returning to her stenography would only anger people online. Locking the replies to this tweet so that anyone wanting to dunk on her had to amplify her nonsense with a quote tweet is certainly savvy self-promotion, I'll give her that.

Trump is growing visibly with his speech and delivering some ad libs.

Cops on campus aren't the answer to school safety: The Seattle Times reports that experts in student mental health and campus security advise against doubling down on "hardening" measures like more cops or metal detectors on campuses, which they call the "the approaches and responses that have proven least effective." Instead, they recommend focusing on better supporting the social and emotional well-being of students and intervening when kids show warning signs of concerning behavior, which is also what Seattle students rallied for on Monday.

Pediatric hospitals in crisis: After two years of reduced respiratory infections due to pandemic prevention measures, children's hospitals are seeing a surge in RSV cases that is threatening their ability to treat every sick kid. You know it's serious when the medical director of Harborview's pediatric ICU says "this is our COVID." Doctors are worried that the problem will only get worse as flu season peaks, which is a great reminder to get your flu shot!

Gather round, fellow political reporters: Several of you have written some sort of takeaway about the failure of "tough on crime" candidates for office locally this year, but you're missing the most important piece of the puzzle. This year's election was not decided by the same people who elected law-and-order Republican Ann Davison in last year's Seattle City Attorney race. In 2021, 43% of registered voters cast a ballot in that odd-year election. In this even-year election, 65% of people voted. There's no contradiction between those results. The majorities who turned out to support so-called "Seattle style" data-driven solutions to reduce crime are simply more representative than the minority of voters last year who prefer the lock-em-up approach.

The Swifties have a point: If pissing off a bunch of Taylor Swift fans is what we need to get this country talking about effective antitrust regulation and curbing the market power of monopolies, then so be it.

I wrote about Ticketmaster and monopolies and how it feels to live in a world built to make a few people richer and no one happierhttps://t.co/cnLflyYp7V

It's not just concert tickets: Everything in this late-stage capitalist economy is vulnerable to concentration in the hands of a powerful few. Even something as basic as produce.

NEW: A former VP of Whole Foods lays out why the Kroger/Albertsons mega-merger is a travesty and could even be criminal.

The massive new grocery chain will have near-monopoly control in major cities. Food prices will go up & workers’ wages will go down.

The FTC must block it. pic.twitter.com/5XBo2nPk7s

Tip of the Phrygian cap to you, Paris: The Paris 2024 Olympic committee released the designs for their mascots this week, and they're kinda cute. I have no additional analysis; sometimes we just need to enjoy things that are fun and silly.

Speaking of enjoying things: I haven't seen Wakanda Forever yet, but after reading Mudede's breakdown of the film's surprisingly radical politics, I suggest you join me in making it a priority this weekend. If you prefer a straightforward review of the movie as a superhero flick, then Matt's got you covered.

Buckle up, we're going back to the moon! NASA successfully launched the Artemis I Space Launch System early this morning, setting the stage for a future return of astronauts to the moon. This test flight carried a crew of the unalive variety, as mannequins rigged to capture a host of data about the flight's effect on a human body occupied seats where real human space explorers will soon sit.

Nice work, Andy: The Democratic Governor of Kentucky, Andy Beshear, signed two executive orders yesterday legalizing medical marijuana across his state. Beshear's orders are a bit unusual in design: one allows Kentuckians with the appropriate paperwork from a doctor to purchase and then legally possess marijuana from another state where the product is legal, since Kentucky doesn't have a network of dispensaries or the political will to establish one. The other permits the sale of Delta 8, a THC-containing compound with lower concentrations of the psychoactive chemical than cannabis.

Good news on abortion out of Georgia: No, I'm not setting up a Herschel Walker joke. A Fulton County Superior Court judge struck down the state's ban on abortions after six weeks, saying the so-called "heartbeat" law violates a Georgian's right to privacy. The state can still appeal the ruling, but for now the judge's injunction prohibits enforcement of the ban across the entire state of Georgia.

KNKX is crushing it: I'm not sure who among the staff responsible for coming up with the idea for The Walk Home podcast about Manny Ellis's death and the investigation surrounding it, but I hope all of you get raises. This series continues to be top-notch reporting, make sure you give the latest episode a listen.