We Need to Clear Up Some Misconceptions About Big Hole Energy

Yesterday on this blog, a writer for The Stranger defined the phrase Big Hole Energy and gave a few examples. Not to be a big dick or anything, but that post was filled with inaccuracies.

What, you may be wondering, defines Big Hole Energy?

What we need is a handy definition of Big Hole Energy (as distinct from Big Dick Energy) that you can use to apply to anyone in your life or the culture at large. That's where I come in.

Let's remind ourselves what Big Dick Energy is. Though I find this explainer the most helpful, there are a variety of explainers out there, some contradic(k)tory. In order to boil this down for you, I have spent a bunch of time in contemplation, refining our terms. Here are five essential qualities of a person who is blowing through life with Big Dick Energy:

And no, I did not put "assiduous" on the list just because you can't spell it without "ass." Get your mind out of that big hole it's in! The definition of assiduous is "showing great care and perseverance." Any accomplished, talented, well-trained hole is assiduous. (By contrast, Little Hole Energy is someone who's uptight, innocent, virginal, inexperienced, and messy.)

So let's use our five attributes to determine whether a few famous people have Big Hole Energy, Big Dick Energy, or both. (Since it's not a binary, you can have both.) Let's run our test on a variety of famous people: RuPaul, Beyonce, Big Bird, Oscar Wilde, Hillary Clinton, Kim Kardashian, Oprah, Joan Didion, and Sean Spicer.

Let's begin, as Fox News does every night, with Hillary Clinton.

Careful in the extreme, dicked around constantly by men, and yet resilient, always available, ready to take some more abuse, insatiable in her desire to be the first woman president (a desire that will never be sated, unless Oprah makes her VP and then resigns), HRC has BHE all the way.

Before you come at me: I voted for her! I love me some Big Hole Energy!

This guy is all hole. Tasos Katopodis/Getty Images

He's a giant sucking sound. He may not be assiduous like some, but he's certainly an ass. He was open to whatever Trump wanted, he was insatiable in the amount of boss-abuse he was willing to suffer, he had the desirousness of a true suck-up, and yet there was something poignantly vulnerable about him. Remember how sad it was to watch him do his job, how stutteringly bad he was at it?

It's sad that she's married to someone who has, let's face it, Little Dick Energy (defensive, insecure, anxious, neurotic, self-obsessed). She's kinda putting all her Big Hole Energy to waste with an LDE-laden husband like that. But maybe BHE and LDE is a good pairing. As Paula Abdul "sang": opposites attract.

This one's a curve ball. But if you follow our simple formula, you too can determine this one on your own. Amanda Edwards/Getty Images

I know what you're probably thinking: RuPaul is the bottomest bottom who ever bottomed. But you're just drag queen stereotyping with that opinion.

Plus—and this is crucial—Big Hole Energy is not necessarily about bottoming. It's about whether you have the five traits: open, desirous, vulnerable, insatiable, assiduous.

The only one of these qualities Ru lacks is "vulnerable," but there was a time when Ru was rather vulnerable, and she refers to it all the time (the inner saboteur and all that). So yes, RuPaul has Big Hole Energy. That said: Powerful? Check. Aloof? Check. Self-assured? Check. Low-key? Sorta. Admired? Definitely. RuPaul also has Big Dick Energy.

RuPaul is both. As you already knew deep down in your gut. (Or your hole, as the case may be.)

Future first woman president Oprah Winfrey also has both Big Dick Energy and Big Hole Energy, giving her a leg up over Hillary Clinton in terms of potential appeal. 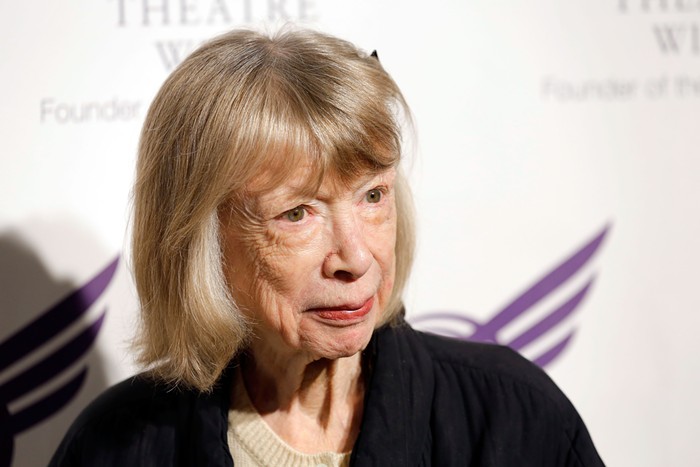 Perhaps the most troubling aspect of yesterday's analysis of Big Hole Energy by Sam Chapman was this statement about National Book Award-winning essayist and fiction writer Joan Didion:

It’s hard to know if higher concentrations of BHE have ever resided in one individual.

This clearly false statement was followed by the assertion that Didion's "lab reports indicate" that her blood levels of BHE are "are off the charts."

Sadly, Mr. Chapman, your lab instruments appear to be broken! Neither open nor desirous, neither insatiable nor vulnerable, Joan Didion does not have Big Hole Energy.

Yes, it's true that she published an excerpt from an unflattering psychiatric evaluation in the essay "The White Album," but since that essay is the greatest piece of writing ever published, she chose a rather not-vulnerable venue for it, wouldn't you say? That was a total power move, concealed as vulnerability, and the fact that you fell for it as mere vulnerability just reinforces what a power move it was.

She is one of the immortals of American literature, and she knows it, and you know it, and that's why you tried to give her your honor, Sam—just like Barack Obama (and so many others) have. Guess what? She doesn't need your honor. She doesn't need shit. Because she has Big Dick Energy.

Remember her essay "Sentimental Journeys," about the Central Park Jogger case, in which she wrote, when everyone still believed those five men of color were guilty, that they probably were not guilty, and that meanwhile all kinds of other white-collar crimes were going on in New York City that no one ever bothered to be outraged about? Total BDE move. (Trump, by contrast, still says those five exonerated men are guilty and deserve the death penalty. Little Dick Energy much?)

Also: Didion's scathing takedown of Woody Allen, which was even mentioned in yesterday's post? Total Big Dick Energy. She almost literally hauled out her penis (she would have, but it's so heavy) and showed the world it was bigger than Woody Allen's. (As also mentioned yesterday, when someone tried to engage in debate with her about what she wrote on the letters page, she responded the way someone with Big Dick Energy would, with two words only: "Oh wow").

And we haven't even mentioned Didion's scathing essay about hippies, and her scathing essay about Nancy Reagan, and her scathing essays about American politics generally. In the Netflix documentary about Didion (highly recommended), she's asked what it was like encountering a 5-year-old child on acid when she was writing that piece about hippies, "Slouching Toward Bethlehem." You expect her to say that she was horrified, or that she sought to help the child, or that she called the cops—but no. Exact quote: "Let me tell you. It was gold."

She was delighted because seeing this poor child on drugs, an example of hippie parenting at its worst, was going to make her essay more provocative and her point clearer. B. D. E.

Can you do this one on your own? I think you've got this by now. Kevin Winter/Getty Images

Beyonce—what a dick! What a big one! What energy!

Aside from assiduousness, she has almost none of the traits associated with Big Hole Energy. Like Joan Didion, Beyonce (powerful, self-assured, aloof, and admired) is Big Dick Energy all the way. Both Oscar Wilde and Oprah were included on yesterday's list of Big Hole Energy exemplars, but I would submit that their inclusion in that piece greatly muddled matters.

I hope this addresses everyone's questions and concerns, but if there are any follow-up queries, I'd be happy to answer them in the comments.