Why Are Thunderstorms So Rare in the Pacific Northwest? 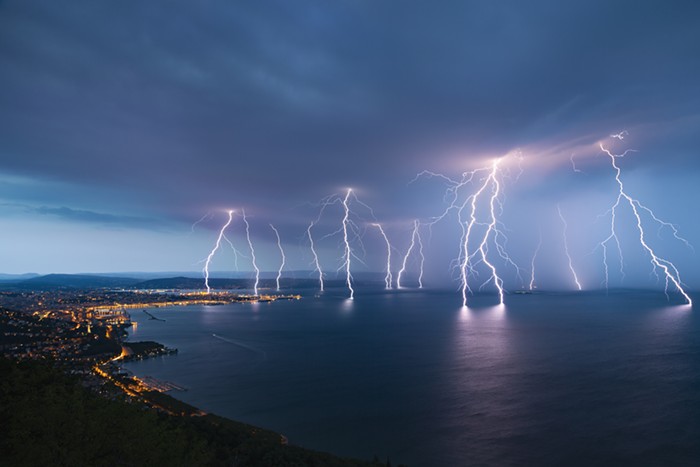 Thunderstorms are a regular part of life in much of the United States, but around here, they're about as rare as sunshine in March. This, according to local meteorologist Cliff Mass, is because "thunderstorms need a large change of temperature with large amounts of water vapor near the surface. Our low-level air comes off the relatively cool Pacific Ocean, which, ironically, cannot put much moisture into the air because the temperatures are so cool and the amount of water vapor that air can hold depends on temperature." That, of course, was not the case this weekend, and here's a video of the show from the Kitsap Peninsula, which was captured by Greg Johnson of Skunk Bay Weather:

This extraordinary storm was thanks in part to the reappearance of "the blob," a wave of warm water that formed off the West Coast in 2014 and 2015. This new blob, according to the National Oceanic and Atmospheric Administration, stretches from Alaska to California, and is on track to be as strong as the previous blob. This could be a serious problem—and not just for dogs (and people) scared of thunder. The last time the blob showed up around here, it decimated sea life, including salmon runs, as marine temperatures peaked at nearly seven degrees Fahrenheit above average.

No one knows how long the blob will stick around this time. According to NOAA, it could dissipate nearly as quickly as it formed. In the meantime, will we see a repeat of the weekend's fireworks? Who knows, but if you hear loud cracks coming from the sky, it's not Iran, North Korea, or Donald Trump taking out Seattle. It's just thunder. Enjoy the show while it lasts.