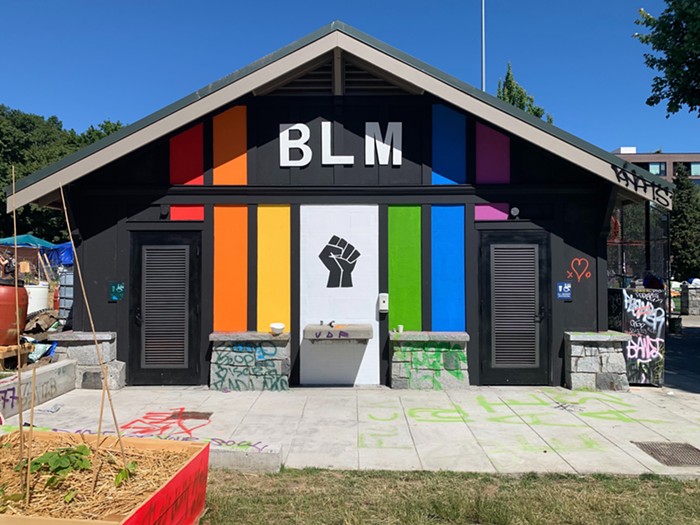 The bathrooms in Cal Anderson were given a bit of a facelift last week. JK
Over the weekend, the westside bathrooms at Cal Anderson got a make over that makes them look almost unrecognizable. The new exterior is thanks to John Whiley and Brooke Topacio, two Seattle nurses who have been involved with the protests and CHOP for the past couple of weeks.

The duo—who are not Black—wanted to create something for the Black community that also reflected the queer demographic of the Capitol Hill neighborhood. Repainting one of the bathrooms seemed like a good place to start, turning it from a chaotic, graffiti-laden facade into one that was more "refreshing" to look at. 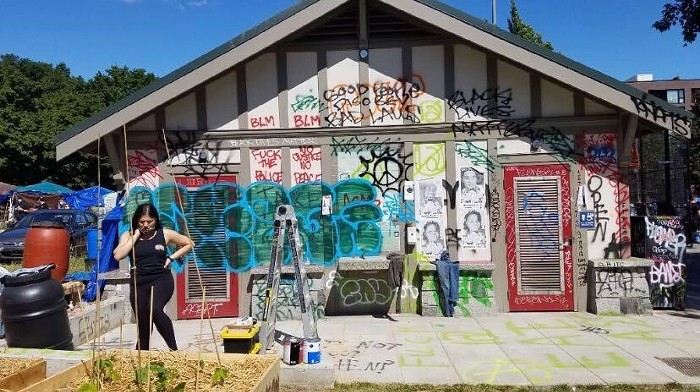 The bathrooms before Whiley and Topacio began to paint over it. JK
In total, the project took two days to complete, from last Thursday to Friday. They power-washed graffiti from the concrete, painted the facade black and rainbow colors, and added a Black Power fist just above the water fountain. Whiley and Topacio were back today to touch up some of the paint and remove errant tags that had popped up since they were last there.

For now, they've only painted over the westside restrooms, but Whiley and Topacio tell me they are looking for other "interesting little spaces" in the protest zone that they can work with. Because this was a task they took on themselves, there's no guarantee their work can remain as it is if the park is ever ceded back to the city's full control, though both of them hope it will last. To paint over the new facade would be akin to "removing history," said Whiley.

Sandwiched in-between the giant Black Power fist sculpture on Bobby Morris Playfield to the south and the Marcus Henderson-founded community gardens just to the north—both protester-led renovations—that area of the park is bursting with self-sustaining, cool-looking, protestor-generated art and projects. Hopefully they all can remain. 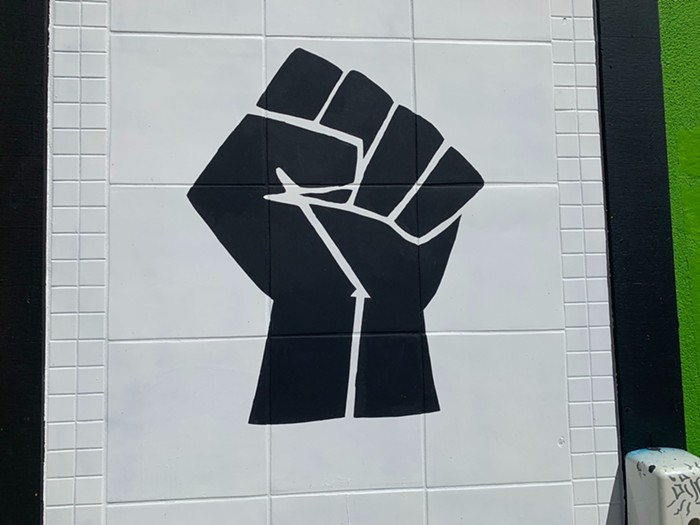